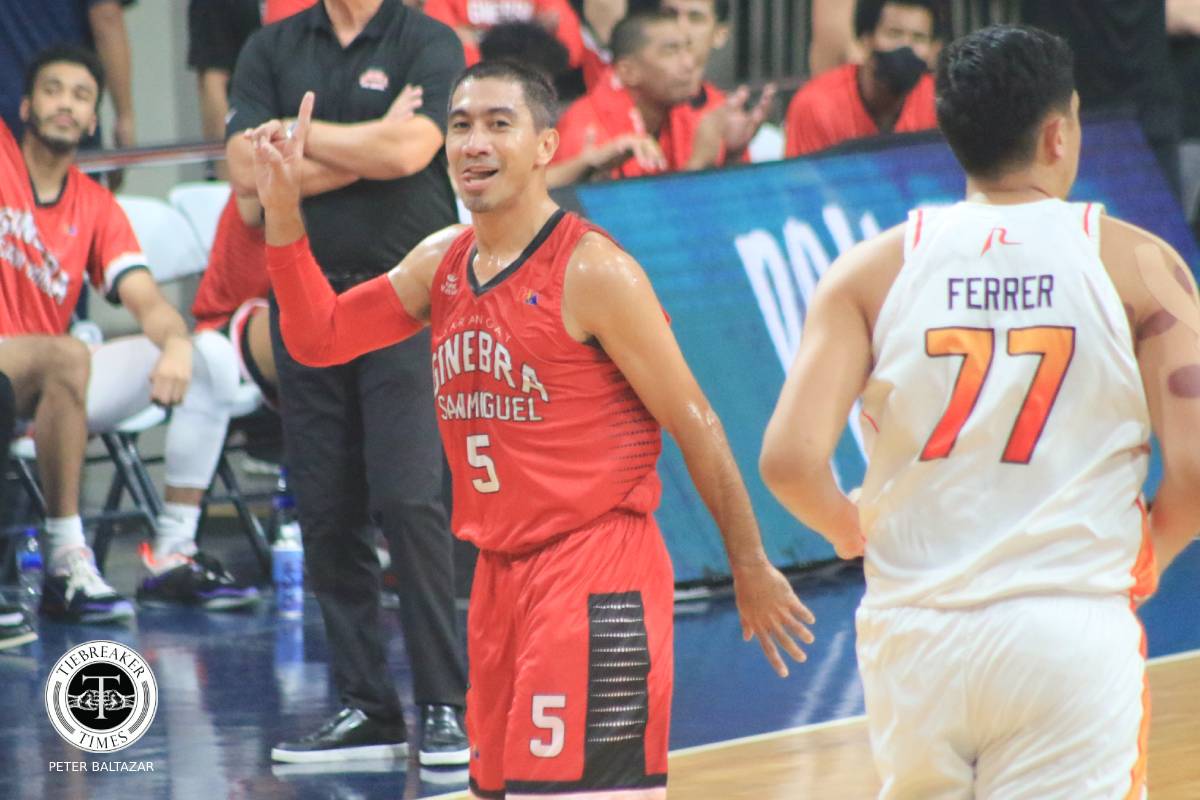 LA Tenorio further cemented his place as one of the PBA’s best marksmen after moving up on the league’s all-time three-pointers made list, Wednesday night.

The decorated playmaker has surpassed all-time great Ronnie Magsanoc at the fourth spot after nailing a total of four triples in Barangay Ginebra’s Game One win over NorthPort in the 2022-23 PBA Commissioner’s Cup quarterfinals.

He achieved the feat after drilling his second trey of the game at the 5:25-mark of the second period. But the PBA’s Iron Man didn’t stop there, making a couple more more later on the way to registering 1,174 career three-balls.

Tenorio admitted he could not believe at first that he belongs to such an elite group, for he doesn’t consider himself as a legit shooter as compared to others in the list currently topped by 2012 MVP Jimmy Alapag with 1,250 to his name.

“I was really surprised because ‘yun nga, ‘di naman talaga ako three-point shooter e. I mean, ‘di ba? Honestly. If that’s like an assist milestone, probably steals, I would understand,” he said. “But, three-point shot?

Tenorio is actually on pace as well to get to the third spot, which is presently occupied by two-time MVP James Yap with 1,178.

The seven-time champion is just five three-pointers away from reaching that point, which he could accomplish during this playoffs — or perhaps in Game Two of their best-of-three series with the Batang Pier this Saturday.

Tenorio didn’t hide his desire of dislodging the Yap, whose return to action remains in question as he’s also fulfilling his councilor duties in San Juan.

Tenorio was quick to add, though, that he isn’t going to forcibly achieve the milestone, as he remains locked in on helping his team first and foremost.