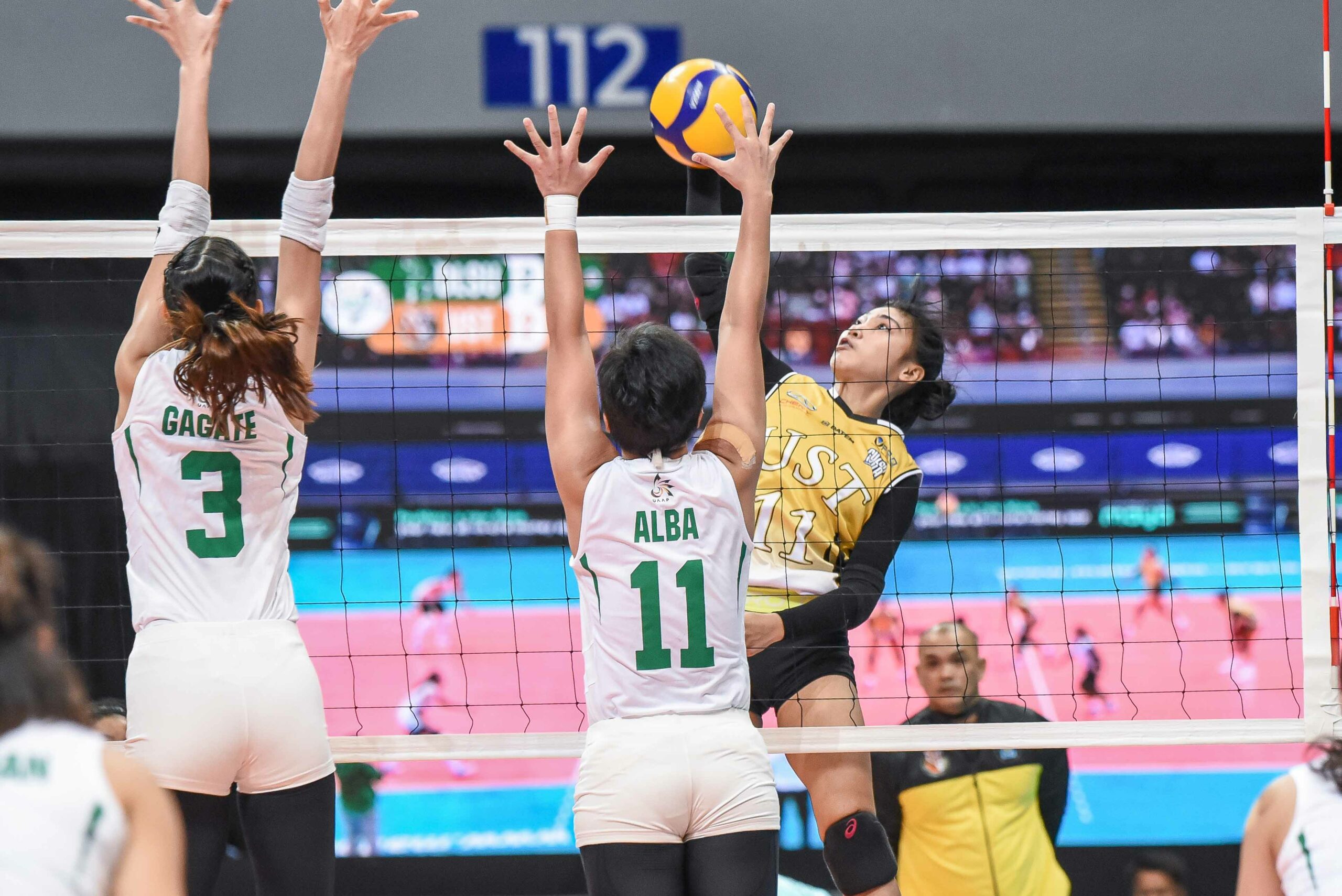 A three-hour marathon transpired on Thursday evening as University of Santo Tomas engaged in a five-set thriller against De La Salle University.

Eya Laure starred anew after exploding for 28 points on 23 attacks, three aces, and two blocks. Aside from her high-scoring output, the timely contributions of her teammates also served as a key factor in allowing UST to complete its comeback and carve out a come-from-behind victory.

A 20-year old rookie in Taps Tapia also made her presence felt after stepping up when Laure was at the backrow midway through the fifth set.

The 5-foot-4 open hitter also made crucial services to sustain the Tigresses’ 8-1 run towards the end as she finished with a total of four points.

UST head coach Kungfu Reyes only had good words to say after seeing the rest of his players deliver on the court when their numbers were called, especially in the crucial stages of the game.

High is Reyes on Tapia, a rookie out of First City Providential College.

Eya Laure, who had a chance to play with Rondina in Season 81, could not help but marvel at Tapia.