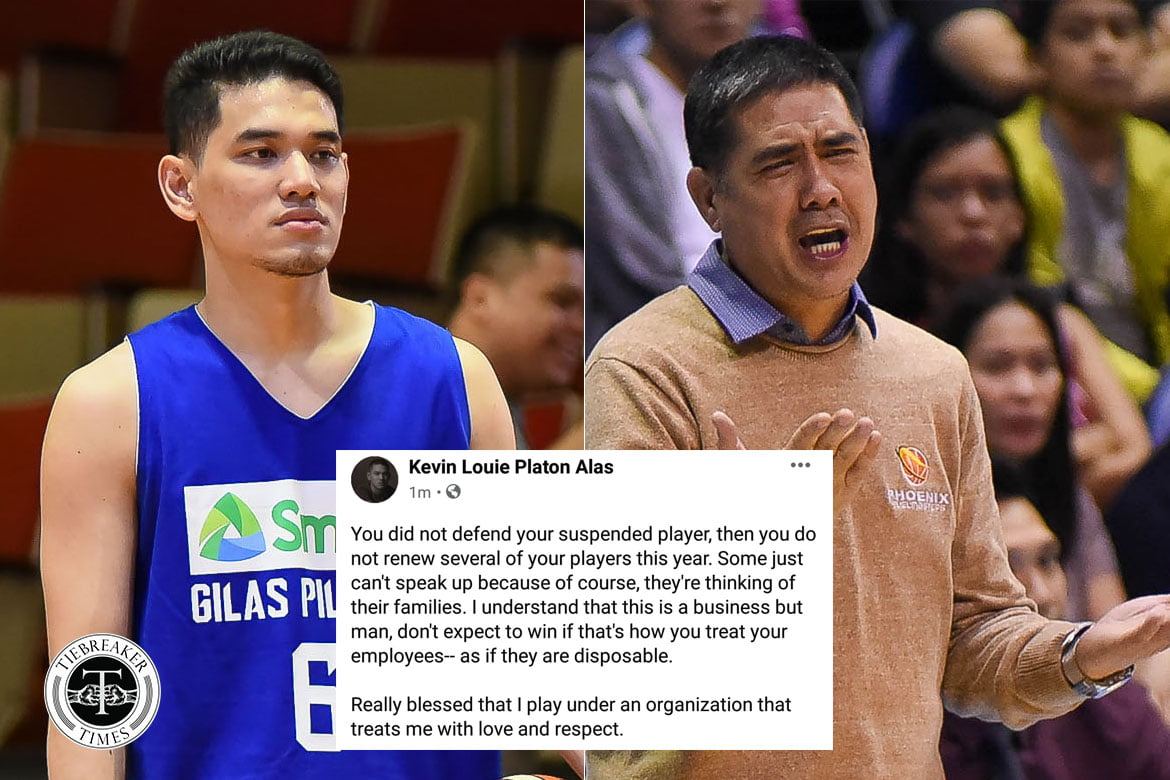 Moments after Phoenix sacked its head coach Louie Alas, Kevin Alas took to social media to express his disappointment with how the four-year franchise has run things.

According to the 28-year-old, Phoenix’s brass failed to protect its players, from suspended star Calvin Abueva to its players who had expiring contracts.

“You did not defend your suspended player, then you do not renew several of your players this year,” read the young Alas’ post.

“Some just can’t speak up because of course, they’re thinking of their families.”

Abueva has been suspended since June 4, 2019. Only Kevin’s dad Louie has been vocal about the length of Abueva’s suspension.

On the other hand, the PBA board has mandated that its teams automatically renew the contracts of players that were expiring this year even with the league stopped due to the coronavirus (COVID-19) pandemic.

Kevin’s dad Louie was the latest casualty, as his contract was not renewed after three years. Louie came aboard last October 26, 2017.

Under Louie Alas, Phoenix made the playoffs thrice in six conferences.

The farthest the Fuel Masters reached was a semis appearance during the 2019 PBA Philippine Cup. There, though, they bowed down to eventual champions San Miguel in five games.

The last two conferences have been a struggle for Phoenix since it lost Abueva.

“I understand that this is a business but man, don’t expect to win if that’s how you treat your employees– as if they are disposable.”

Kevin shared that he is fortunate to have been with NLEX for the last five years.

Even if he was injury-ridden the past two years, the Road Warriors still signed him to a max deal last week.

“Really blessed that I play under an organization that treats me with love and respect.”

Phoenix does not renew Louie Alas