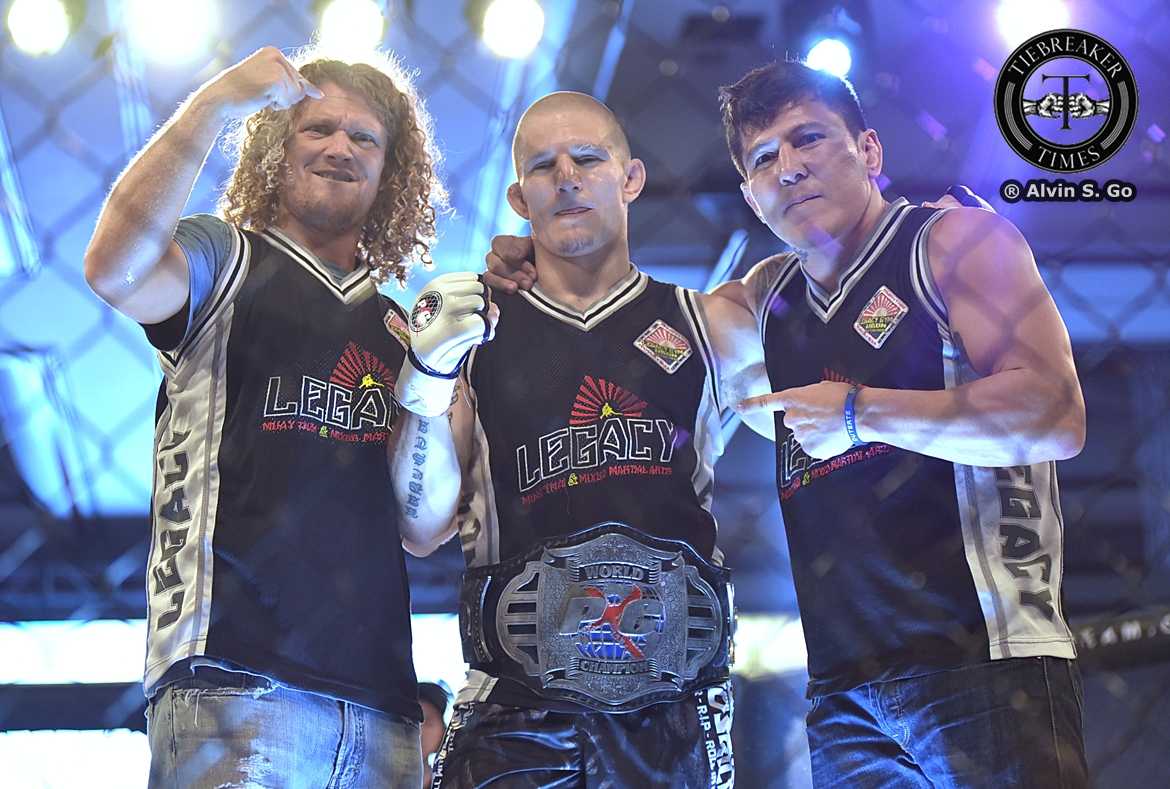 After a year-long layoff from the Terror Dome, Zebaztian “The Bandit” Kadestam needed just 11 seconds to make a statement that he is the king of the Welters in the PXC.

Both Kadestam and Glenn Sparv are known for their striking. The two warriors went with shots that had bad intentions to open the round but the challenger missed while Kadestam connected with a left straight to knock down Sparv. A retreating Sparv was hit by a right uppercut afterwards to knock him down once more. Three more ground shots followed as Big John McCarthy immediately called a stoppage to the bout.

“Im not surprised (expletive),” a delighted champion said after the fight. “I knew Glenn Sparv is a great fighter and I was ready for a five-round war but I worked hard for this.”

When asked about what’s next for him, the Swiss champion exclaimed, “What’s up UFC!”

As promised by Rolando Gabriel Dy during the pre-fight conference, experience overcomes youth. It proved true as “Dy Incredible” was able to survive an early scare in knocking out Japanese prospect Koyomi Matsushima.

Dy went for body kick early on but was caught by Matsushima. The Japanese fighter was able to land a left jab right on the chin of the Davaoeno that rocked him. Dy retreated to the corner but as Matsushima went for the kill, the former title contender threw a huge left hook to drop Matsushima. “Dy Incredible” then rained hammerfists to an already knocked out Matsushima for the win.

“One thing na na-realize ko going into this fight is yung faith ko kay Jesus Christ tumaas,” a humble Dy said after the fight. “This fight is unbelievable. This guy is 5-0 but without Him this won’t happen.”

Looking forward to what he wants next, Dy called out PXC Featherweight Champion Alex Volkanovski. “Where’s that midget,” he said as he challenged the newly-crowned champion.

The young guns of Team Lakay, Stephen “The Sniper” Loman and Jon Cris “Happy Feet” Corton, ended the night on the opposing ends of the column.

Stephen Loman and Ernie Braca figured in an early leg kick affair before the 20 year old Baguio-native was able to utilize his wrestling afterwards to ground his more experienced opponent in the first two rounds.

In the third round, a huge right by Braca busted Loman open. Loman, covered in crimson mask, was able to recover from the huge blow in securing a takedown. The Team Lakay bantamweight smothered short shots on his opponent right before the ten second clap. However, as the two stood up, Loman made a rookie mistake as he turned his back on Braca. Braca almost landed a huge blow on Loman but missed to end the bout.

On the other end, Jon Cris Corton’s four-fight win streak ended at the hands of a much taller Riley Dutro in flyweight action.

The Hawaiian quickly secured a takedown to open the bout as Dutro completely had his way against Corton in the opening salvo of the match. His size continued to prove to be the difference in the second round with Dutro punching in three more takedowns in the next round.

In the final round, Dutro cornered Corton to cut his movement to start the round but both were inactive due to fatigue. Corton could not manage to move in against Dutro while a high knee by the Hawaiian closed a dominant outing.

“I knew his kicks were dangerous but I had the size advantage,” Dutro said who was was five inches taller than his opponent. “I just had to keep going.”

Riley Dutro is now 7-3 in his MMA career while Corton falls to 4-3.

Rex De Lara, at 33 years old, is experiencing one of the greatest runs in Philippine MMA.

After starting his career at 5-5, he is now 19-6-1 as he was able to take a majority decision win over Australian Top Team’s Darwin Sagurit.

De Lara had an impressive start in throwing his opponent with an excellent hip throw and a bevy of body shots. However, Sagurit threw an illegal knee to the head of De Lara that resulted to a hematoma under the right eye of the Filipino that slowed his rally. The illegal knee resulted to a point deduction as well. An armbar attempt by Darwin with 31 seconds remaining though did not go to the Australian’s way as he was slammed right on his neck by De Lara to close out the round.

#ReadMore  Mark Abelardo ends skid with spectacular KO on ONE: Fists of Fury

An early guillotine attempt by the Aussie resulted to De Lara gaining his back midway through the second stanza. However, as the two stood up, Sagurit tried to go for a heel hook twice but to no avail.

De Lara tried to keep distance to start the final round with stinging jabs but was taken down by the Australian. Sagurit tried to go for two choke attempts but was not able to secure hooks as De Lara was able to defend well. The Australian though was able to end up on top to close out the fight.

“Thank God for this opportunity. To PXC thank you,” a grateful De Lara said after the fight. “And most importantly my family for understanding. Thank you to all the fans, I gave it all my best!” 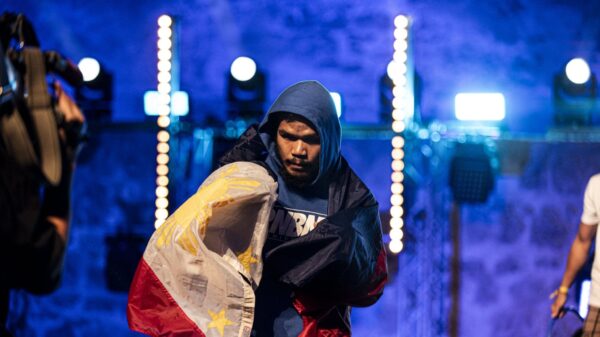 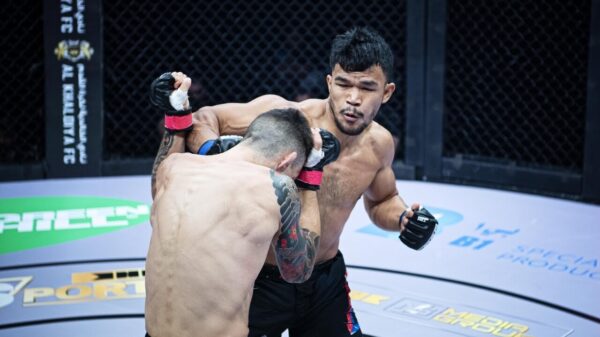 Rolando “The Incredible” Dy has kept a relatively low profile over the past several months. Now, though, the Filipino mixed martial arts superstar feels... 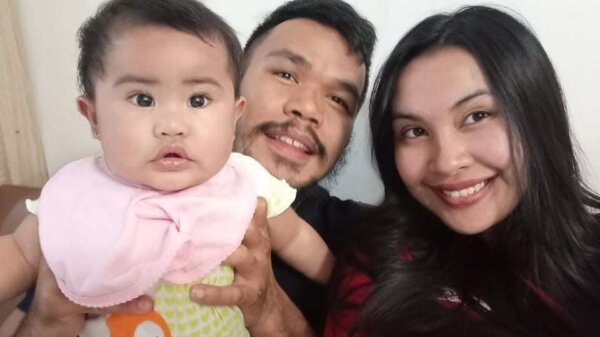