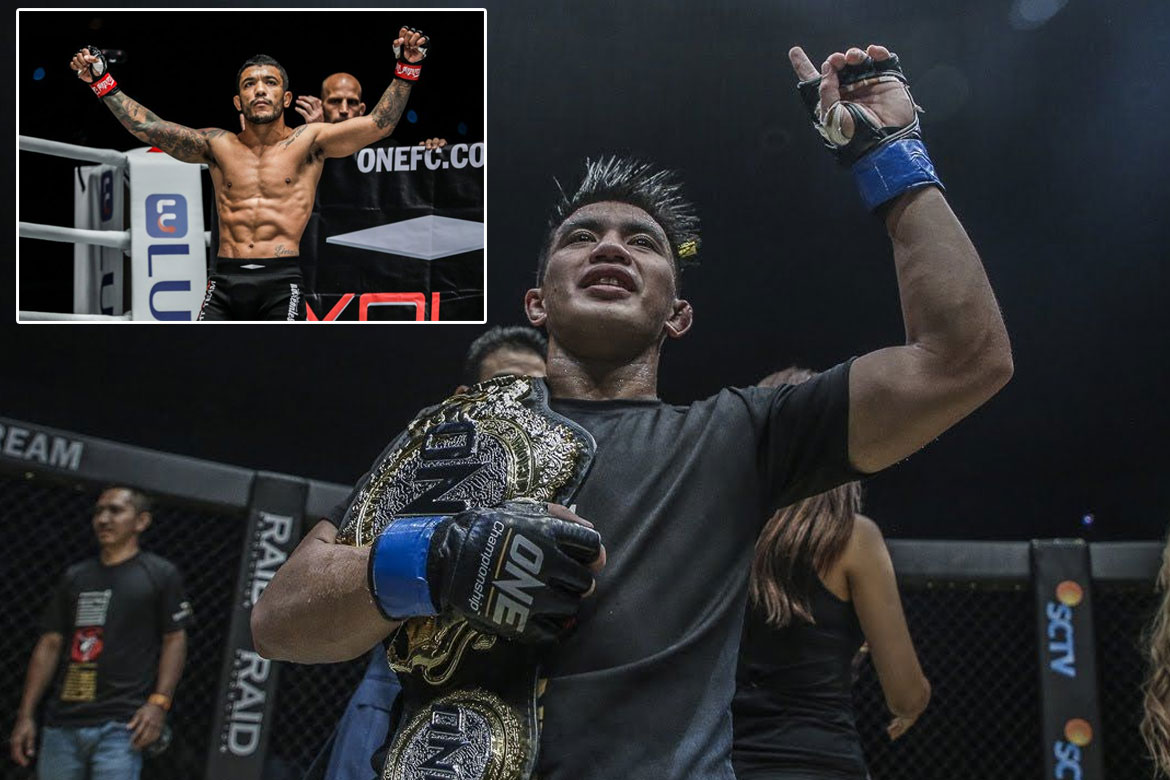 When Joshua “The Passion” Pacio defends his ONE Strawweight World Title against Alex “Little Rock” Silva at ONE: FIRE & FURY, it will be a moment he has long-anticipated.

The pair lock horns on January 31 at the Mall Of Asia Arena in Manila, Philippines — and Pacio feels excited to meet the former World Champion.

“I expected to face Alex Silva a long time ago. I knew we were bound to meet,” Pacio said.

“He’s a former World Champion, and right now he’s won his last few matches, so this is really exciting for me.”

Silva won the World Title back in 2017 when he defeated Yoshitaka “Nobita” Naito. He then saw his momentum derailed with three consecutive losses – two coming from Naito, and one from Yosuke “The Ninja” Saruta.

But after securing back-to-back wins, the Evolve MMA star is back to his old form. Moreover, Pacio knows the danger Silva presents, especially on the ground.

“Silva is a veteran of the sport and a world-class mixed martial artist. He’s well-rounded, and we all know the level of his ground game,” Pacio said.

“But on January 31, I will go out there with the best of my skills. That’s why I am really focused on training.”

Though this match is looking like a classic striker-versus-grappler affair, Pacio exuded confidence that he has the tools to hang with the Brazilian Jiu-Jitsu blackbelt if the match hits the ground.

“I have been training hard because I know this will not be an easy battle. It will take my best effort to beat him, but I am confident that I have the tools to succeed,” Pacio said.

“Silva is a tremendous threat on the ground, but I am confident that I can hang with him. All I need to do is to listen to my team and execute the game plan perfectly that night.”

That match will have to wait, though, as ONE Championship first opens the year with ONE: A NEW TOMORROW this Friday, January 10, at the Impact Arena in Bangkok.

In this article:Alex Silva, Joshua Pacio, ONE: Fire and Fury, Team Lakay