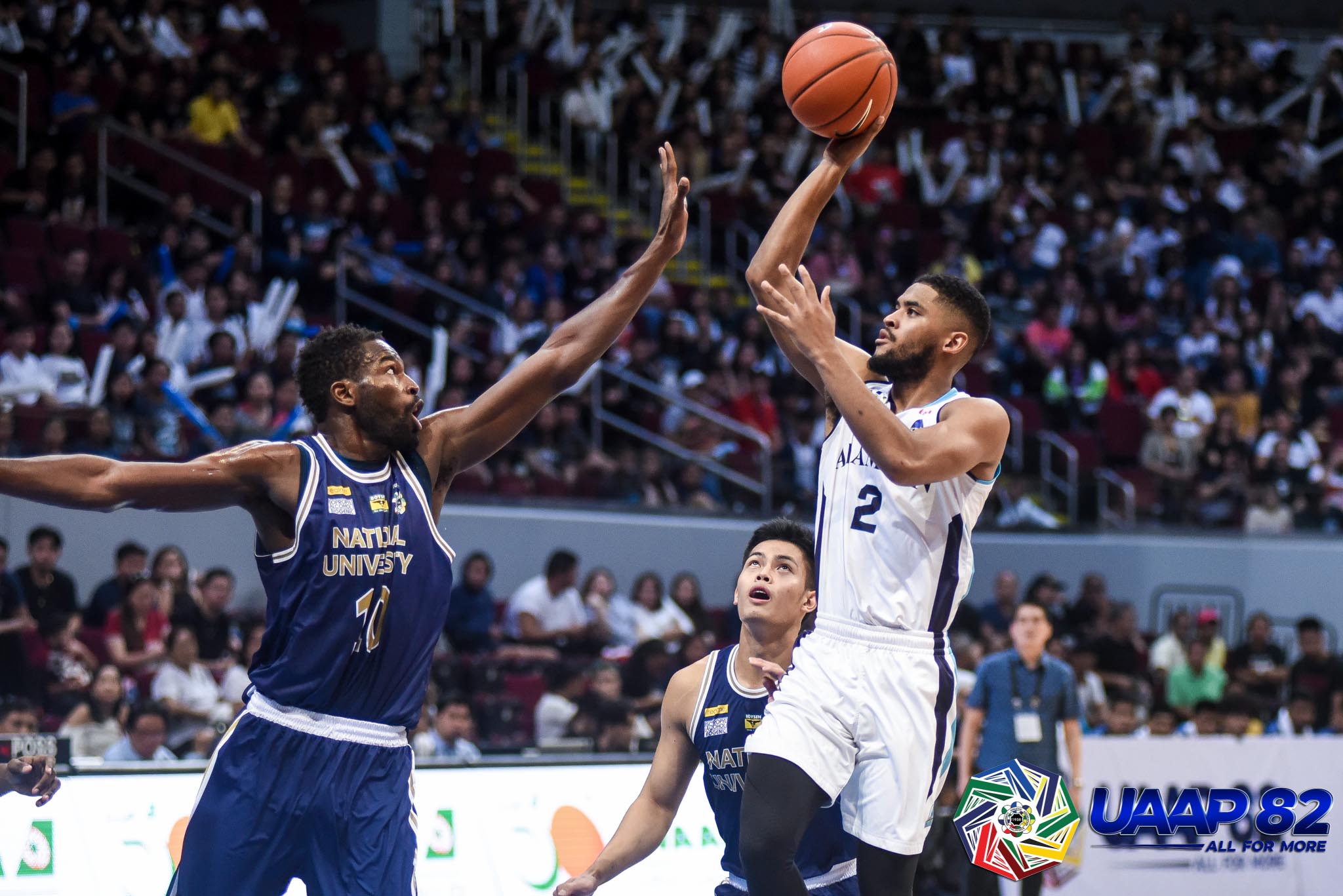 Besides Ahanmisi, rookie AP Manlapaz once again came out of his shell. Manlapaz poured 10 of his 14 points in the fourth quarter to trigger the Soaring Falcons’ huge finish that stopped the bleeding.

“We really needed this win,” said coach Franz Pumaren, fully aware of the significance of Adamson’s remaining games. “Every game for us right now is important.”

Manlapaz had a huge hand in the Soaring Falcons’ barrage after John Lloyd Clemente’s triple put the Bulldogs ahead, 47-44, with 1:22 remaining in the third quarter.

After staring at the three-point deficit, Adamson went on and outscored NU, 28-6 to completely turn the game inside-out and take the 19-point win.

Jerom Lastimosa also did it all with a statline of 10 points, nine assists, six rebounds, and four steals.

The Bulldogs, though, now find themselves in danger of being the first casualty of the season with their 2-8 card.

Dave Ildefonso paced NU with 15 points and eight rebounds, while Issa Gaye tallied a double-double of 14 points and 10 boards.

Adamson will have a long break before facing the UP Fighting Maroons on Sunday, October 20, at 4:00 pm. NU, on the other hand, takes on the same team on Wednesday, October 16, at 4:00 pm.