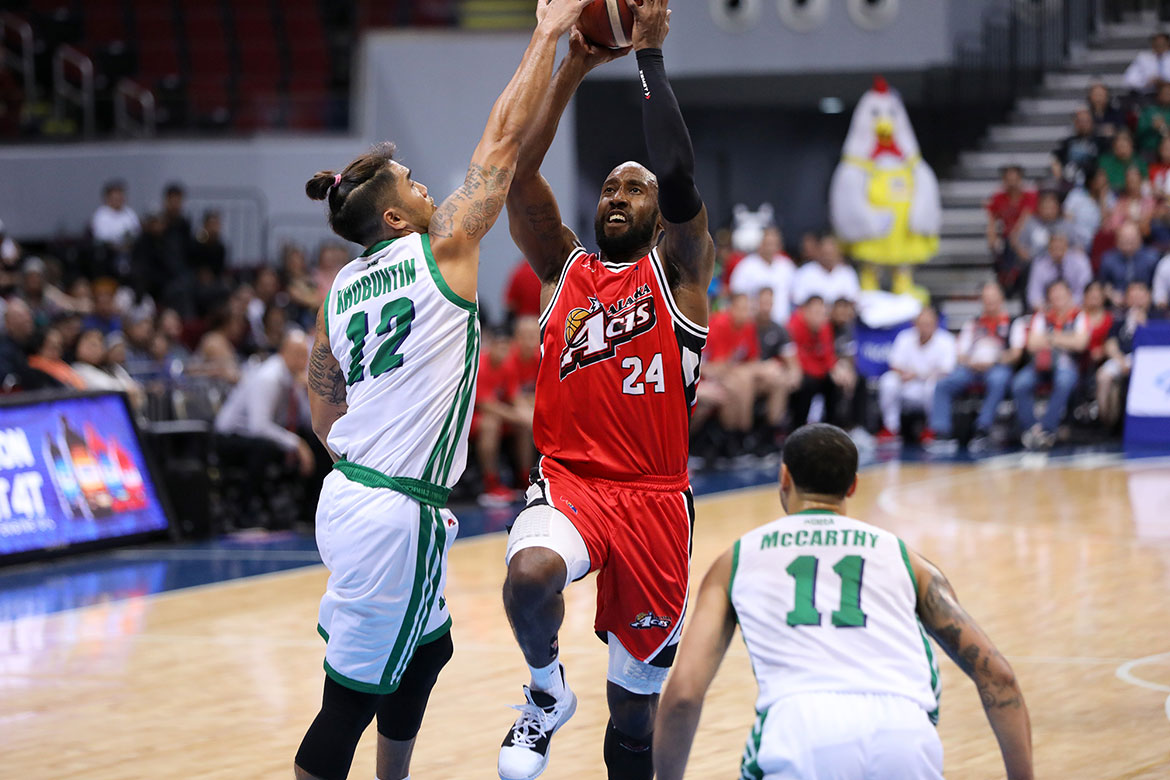 The Alaska Aces played with an all-Filipino lineup on Sunday in their 2019 PBA Governors Cup meeting with San Miguel.

Import Justin Watts only watched from the sidelines as he has a strained calf, coach Jeffrey Cariaso revealed.

“He suffered a calf strain three days ago, so nagpahinga siya ng two days. Tinry niya kahapon hindi niya kinaya. So we felt it was best not to aggravate it even more,” Cariaso said.

The Aces were keeping up with the Beermen in the first two quarters even without Watts. Unfortunately, they then lost footing in the third quarter, as San Miguel found their groove and never looked back.

The Milkmen bowed, 83-109, absorbing their third loss in as many games in the season-ending conference.

The North Carolina product has been averaging 31.0 points, 13.0 rebounds, and 2.5 assists for Alaska, but there is no available timetable yet for his recovery and return.

Asked of their next steps regarding Watts, Cariaso said they have a backup plan already, though he did not name any names for Watts’s replacement.

“Backup plan, yes. There’s one in place. There is obviously a backup plan to our import situation,” he said.

Sunday’s loss dragged them down to a dangerous spot in the standings. Add in yet another import issue, and Cariaso’s frustrations are understandable given that he has been Alaska’s head coach for just over a month.

Still, the former PBA star asserts otherwise, saying that this is all part of the process of growing.

“Honestly, no. We’re frustrated that we’re 0-3. But I think — and I shared this with the guys — the one thing that I want us to get out of this, even if we’re 0-3, is we understand our identity dito sa Alaska,” he said.

“We understand how I’d want them to play. During that process, may mga growing pains, and we’re going through the growing pains now.”

Jimmy Alapag can’t wait to get back to Gilas fold