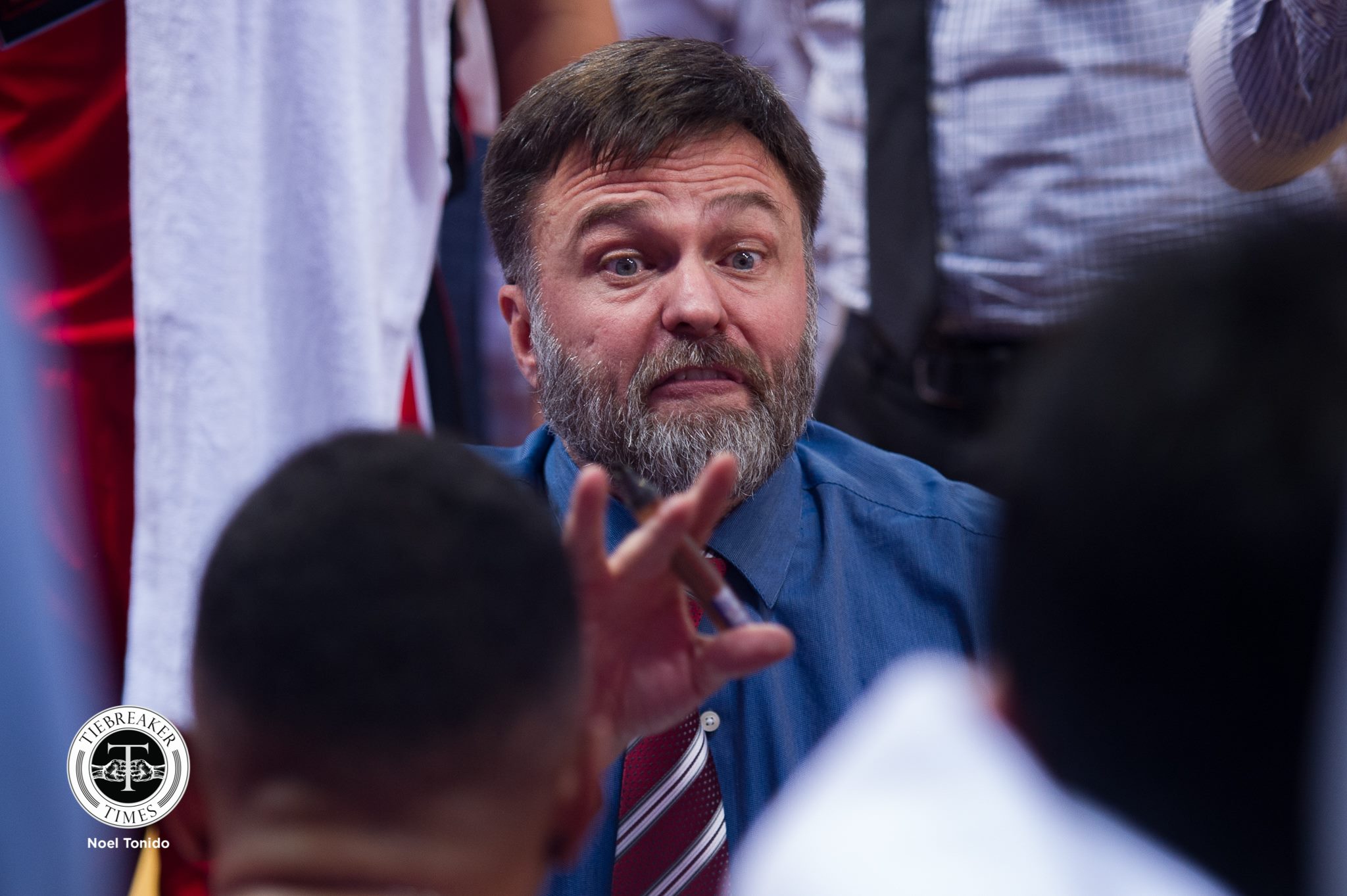 Alaska will have a new chief to steer their ship this upcoming 2019 PBA Governors’ Cup.

Multiple sources closing monitoring the situation have confirmed to Tiebreaker Times that Alex Compton has resigned from his post as head coach of the Aces.

Alaska’s management also released a statement minutes later, saying how grateful they are for Compton’s services.

“We are very sorry to see Alex leave the team. He had a tremendous impact on the team and was very concerned with the players’ well-being on and off the court,” Alaska owner Fred Uytengsu said in a statement. “We also share that winning with integrity is an important aspect of our team and we are grateful that Alex stepped aside to pave the way for somebody else.”

“Yesterday at his house, Fred Uytengsu sat down with me, looked me in the eye and asked me to step down,” Compton’s statement read. “I accepted his direction and have agreed to resign.”

Compton spent five years with Alaska, leading the squad to five Finals appearances — the latest was during the 2018 Governors’ Cup.