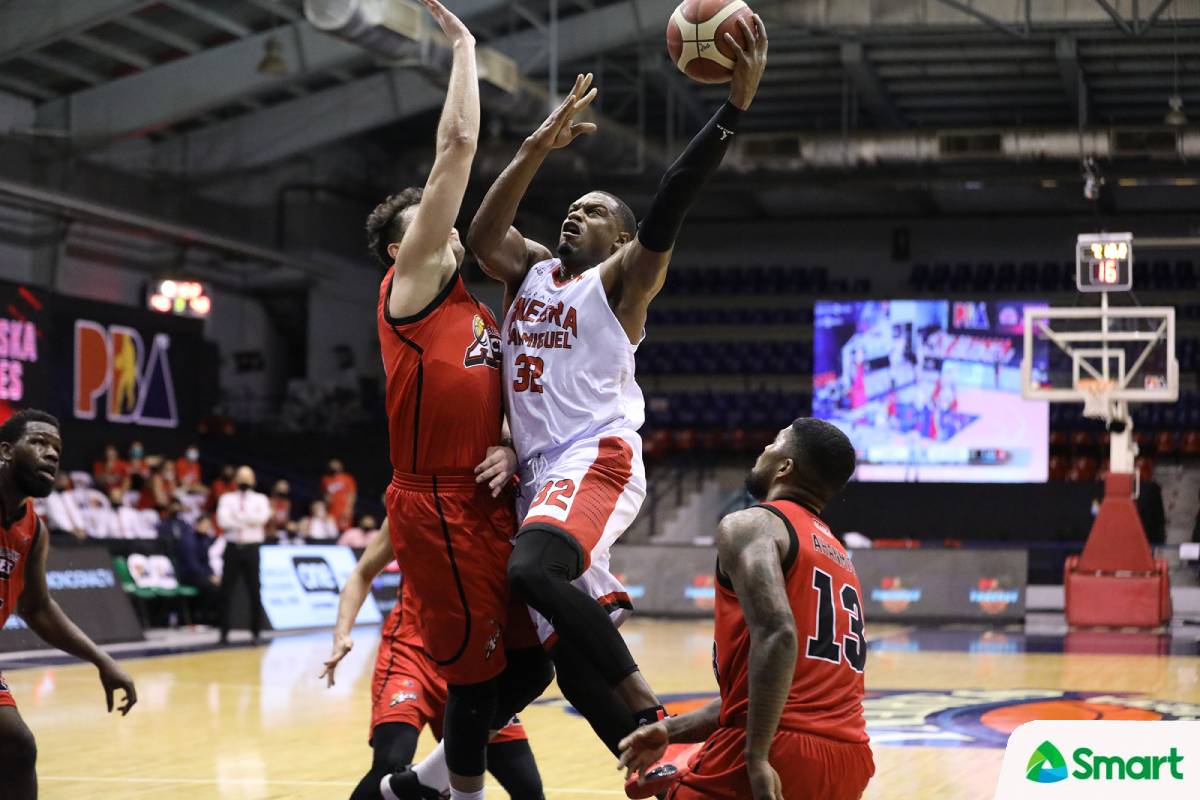 Stanley Pringle sank the tough go-ahead jumper with 40.4 seconds left, before LA Tenorio and Justin Brownlee made their freebies to complete the Gin Kings’ come back from seven down approaching the midway mark of the fourth.

“Stanley really had a big basket towards the end,” said head coach Tim Cone. “And then Justin hit his big shot as well so that was key. And LA ices it.”

Brownlee announced his return after nearly two years in a big way as he produced a game-high 28 points on a 45-percent clip. The former Best Import also collected 10 rebounds, four assists, three steals, and two blocks.

He sparked his side’s comeback from a 71-64 deficit with 6:15 to go, throwing a touchdown pass to Scottie Thompson for an easy lay-up — the basket that kick-started their telling 11-2 rally to finally snatch the lead.

It was also him who managed to tie the game up at 73-all following a fallaway jumper with only 1:08 remaining. He then stole the ball from Abu Tratter on the other end, which led to that huge Pringle jumper.

The 6-foot-4 forward collared a key rebound as well, when he secured the rock to end the joust for counterpart Olu Ashaolu’s missed freebies.

He then joined hands with the ever-steady Tenorio afterward, shooting together five of their six foul shots to put the Aces away for good.

#ReadMore  Chot Reyes lauds TNT guards for pushing each other

Ashaolu led Alaska with 19 points and 18 rebounds in the defeat that foiled their bid for a 3-0 start into the season-ending conference.

Robbie Herndon had 12 points, including the lay-up that cut the deficit to just two, 75-77, with 11.5 seconds left as his team went for him in an attempt to salvage the game they had control of until that meltdown.

Jeron Teng and Maverick Ahanmisi chipped in 10 markers for the Aces.

Both Ginebra and Alaska will see action again on Friday at the SMART Araneta Coliseum. Ginebra will look to go 2-0 against the 0-3 NorthPort at 6:00 p.m., as Alaska aims to get back on track versus the debuting TNT at 3:00 p.m.