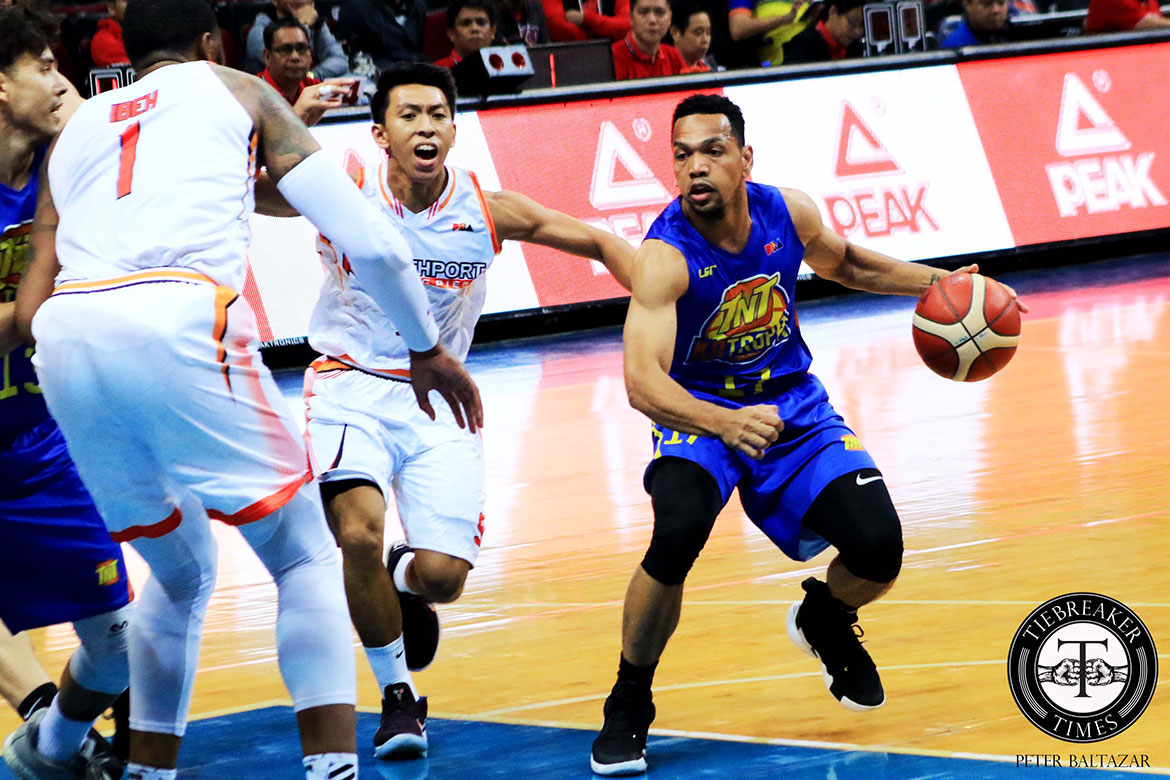 Terrence Jones has proven he’s a force to be reckoned with when he averaged an impressive 42.0 points in his first two games in the PBA to power his TNT KaTropa to a hot 2-0 start in the 2019 Commissioner’s Cup.

But come Wednesday, the NBA veteran out of Kentucky hit a wall.

With NorthPort bent on making it a rough night for him, Jones slowed down and only mustered 17 points on 5-of-15 shooting. He still managed to collect 14 rebounds, but he committed six errors and four fouls.

TNT’s leader Jayson Castro knows well that Jones has the superb ability to score. But given what transpired, the team now looks to further incorporate their 27-year-old import to their system for him to be more effective.

The KaTropa as a whole were out of their beat as well. They only shot a dismal 39 percent from the field, unlike the Batang Pier, who shot an excellent 53 percent. They also committed 16 turnovers, which NorthPort converted into 22 points.

TNT have three days left before facing the Robert Dozier-reinforced Phoenix Pulse Fuel Masters. And for Castro, the team are looking at those days prior to the game as an opportunity to integrate Jones even better.

Chris Daniels on 3-of-15 performance: ‘That was the worst performance I’ve had’