After his standout performance for Gilas in Manama last November, Javi Gomez de Liaño proved that he is ready for the next level.

However, the 22-year-old swingman is still stinging from some unfinished business with University of the Philippines.

Yes, the 6-foot-5 swingman will not throw his name into the 2021 PBA Rookie Draft, opting to remain with the Fighting Maroons for the UAAP Season 84 tournament.

“It was honestly a hard decision because I was really thinking about it,” shared Gomez de Liano, who is in Inspire Sports Academy in Calamba, Laguna.

“There are no certainties if the UAAP will resume this June but one thing for sure – the PBA will still be there.

“So it’s a very big risk I have to take, especially now that I am with Gilas. I do not know where I will be in the future, but for this year, I want to lead UP to a championship in my last playing year. I really appreciate the university itself – it’s my home. I want to win that championship for Coach Bo [Perarol], Gov [Johnvic] Remulla, the management, and the entire community. I appreciate them,” he told Tiebreaker Times.

Besides returning the trust that UP has given him, Gomez de Liaño also wants to repay Bong Cuevas and the rest of the Creative Pacific Group.

“After UP, I’ll also play for Coach Charles [Tiu] and Boss Bong in the MPBL. I believe coach Charles will also help me improve my game before heading to 2022 PBA Draft,” he continued as Tiu is the head coach of Nueva Ecija and Mighty Sports as well.

Many have called on Gomez de Liaño to join the upcoming draft, especially after averaging 14.0 points and 2.5 rebounds per game in two games versus Thailand. He would have been part of the Special Gilas Draft portion of the annual festivity set on March 14.

It will be almost one year before the next PBA Draft.

Back in UAAP Season 82, Gomez de Liaño averaged 10.5 points per game on 47.11-percent shooting from the field, 35-percent from downtown. By the next draft, he hopes to have grown more as a player.

“The next thing I need to improve on my game is being a main ball-handler.

“Training in this Gilas camp made me realize what my strength and weaknesses are, but the most important aspect for me to improve is being a ball handler. I was able to adjust my game into a solid shooting guard since, at international levels, I’m just one of the small guys,” he admitted.

“But now in training, I’ve been struggling to be a primary ball-handler because I lack point guard skills in other words. So I’ll make it a point to work on that this year.” 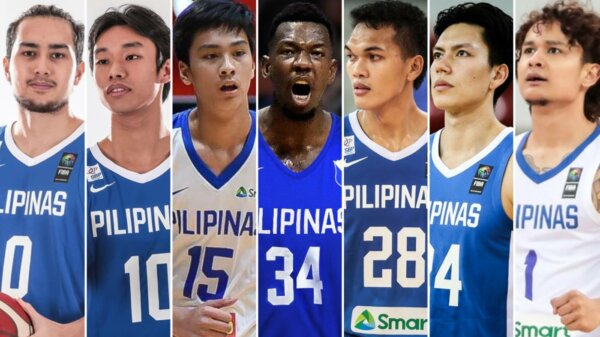