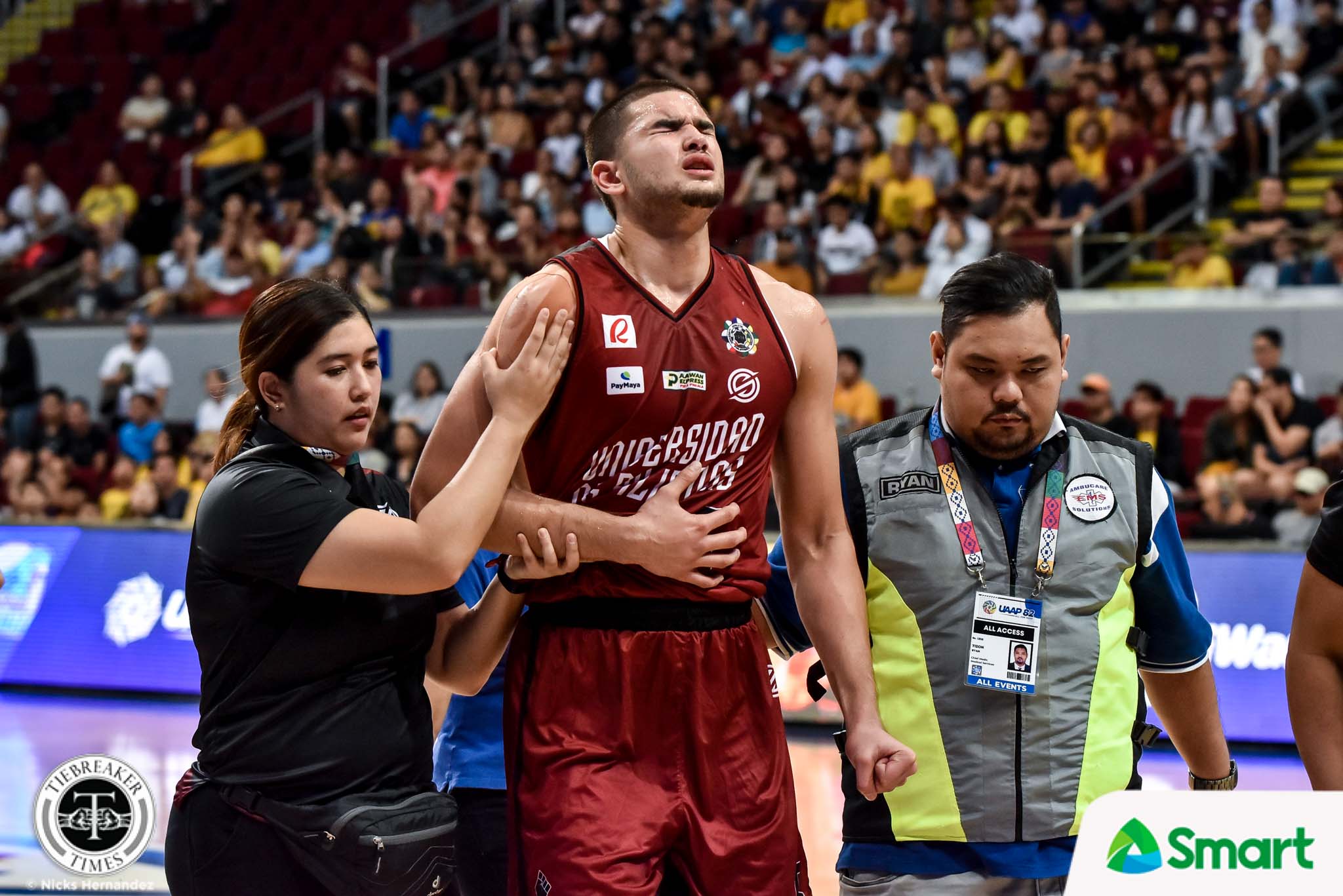 The game hasn’t reached its half yet, but the match-up between University of Santo Tomas and University of the Philippines has already seen its fair share of injuries.

With 5:43 remaining in the second quarter, Kobe Paras went up for a lay-up against Soulemane Chabi Yo. After colliding badly midair, Paras awkwardly fell on his right shoulder, forcing him out of the game.

Paras headed to the Fighting Maroons’ dugout right away together with the team’s medical staff. 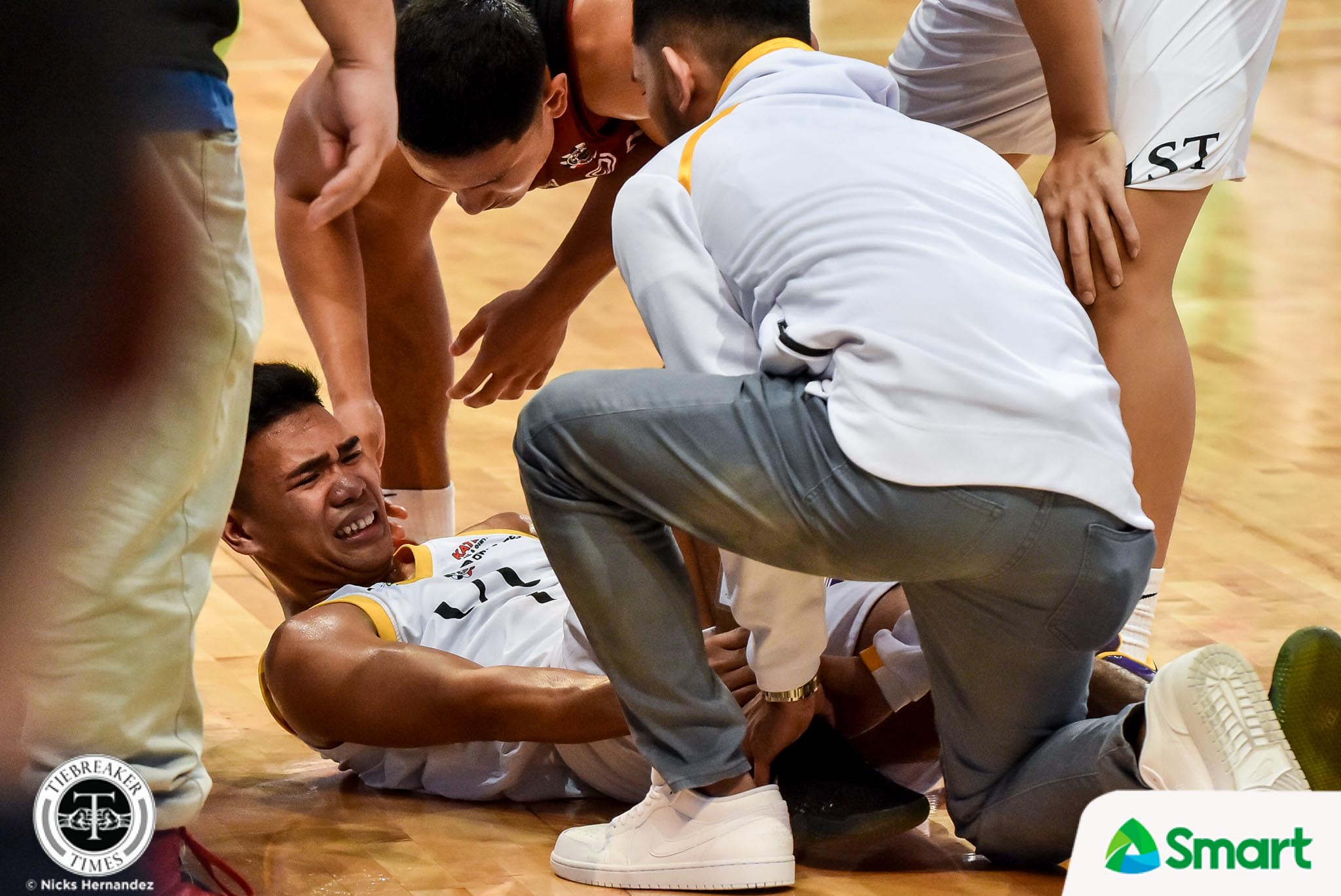 Nonoy had to be carried out of the playing court.

There are still no updates regarding the two as of publishing.

UP stands at the second spot with a 6-3 win-loss slate, while UST possesses a 5-5 card. A win by the Growling Tigers will cut the Fighting Maroons’ lead to just one game.

Not even fever could stop Baltazar from avenging loss to UE