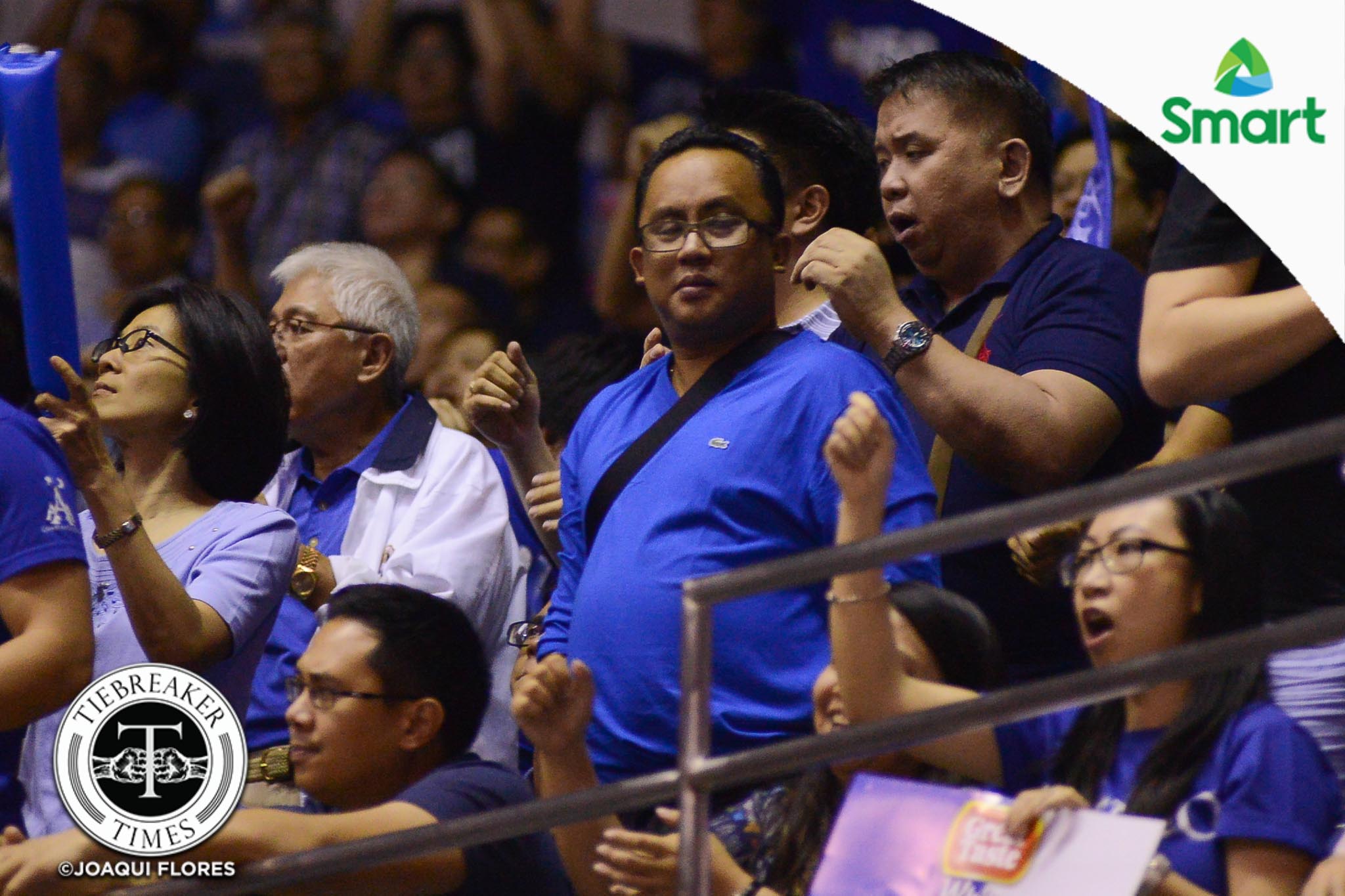 Jamike Jarin dropped by the Filoil Flying V Centre on Tuesday afternoon. But he was not there to scout nor to talk to any of the student-athletes.

On his day off, the former NCAA Seniors Basketball champion coach decided to watch the San Beda Red Lions-Letran Knights tiff as a fan.

Just two years ago, Jarin left San Beda to move to the National University. In NU, he became the colleague of Jeff Napa, who is both the head coach of Letran and consultant to the Bulldogs.

That is why Jarin, who was clad in black, was not cheering for anyone in the game. Instead, he just wanted to watch some good basketball.

“I haven’t had a chance to talk to coach Boyet [Fernandez], but with coach Jeff because we’re together,” shared Jarin. “I just wish the very best for both coaches.

And Jarin picked the right time to watch an NCAA game.

The Red Lions and the Knights figured in a highly-entertaining game that saw Letran erase a 22-point lead in the final frame. However, Letran’s storm fell short against the defending champions, falling to a 74-68 loss.

Still, Jarin is glad that both fabled squads are in contention to win it all this season.

“Right now, you have to be happy for both schools, with San Beda still winning championships and same as Letran, after winning a championship, now being back in contention,” he expressed.

“You just have to be happy for both schools.”