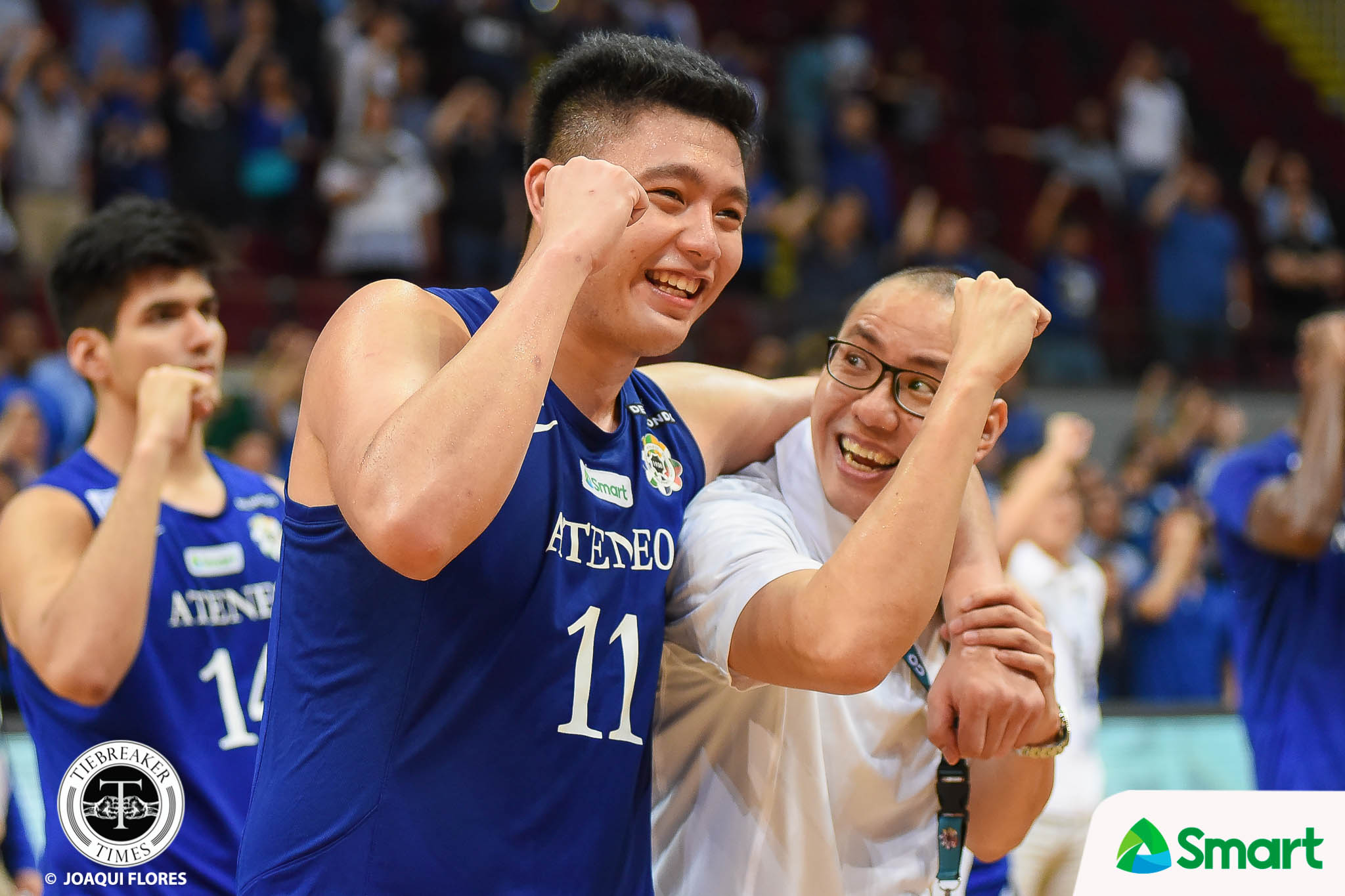 Ten days prior to the Ateneo de Manila University Blue Eagles’ win-or-go-home tilt against the Far Eastern University Tamaraws, Isaac Go knew that he was struggling, admitting that he still has to mature as a player.

“I think that’s where my immaturity still comes in, I’m a young player,” the 21-year-old expressed, “But that can’t be the excuse. [Sometimes] you let emotion overcome you, you don’t think, you just act. Coach Tab has always been preaching to try to play without the emotion but I think I still have to learn how to take out the emotion.

“I still have to grow as a player.”

During that game against the De La Salle University, Ateneo could have sealed an outright Finals berth, but Go missed a potential game-winner with 8.9 seconds left, that led to La Salle’s 79-76 win.

Even with that sorry miss, second-year Blue Eagles head coach Tab Baldwin continued to trust Go in the big moments. And that moment came on Wednesday evening when the Blue Eagles’ backs were against the wall.

“Well, coach Tab [Baldwin] made a great play, and you know, we needed a three-point shot, or a quick basket, one of the options of that play was for Isaac to shoot that three,” recalled Ateneo assistant coach Sandy Arespacochaga.

“Actually before the start of the huddle, we already told Isaac, you’re gonna make this three.”

Down 72-75 with 8.5 seconds left in regulation, Go did not let the moment get the best of him, throwing up a pump fake to free himself up for a booming triple to send the game into overtime.

“For the three, I just have to thank coach Tab because he believed in me,” said the soft-spoken, 6-foot-7 big man.

“He had more confidence in me than I had in myself.”

In overtime, Go was able to knock down a miracle putback with 22.4 seconds left to help Ateneo outlast FEU, 88-84, to advance to the Finals.

Right after the game, Go immediately went to Baldwin and Arespacochaga, grateful that they still believe in him.

“After the game all I could say was thank you. His belief in me and my teammates and the coaching staff helped me make that shot,” said Go, who averaged 11.0 points and 6.5 rebounds in the series.