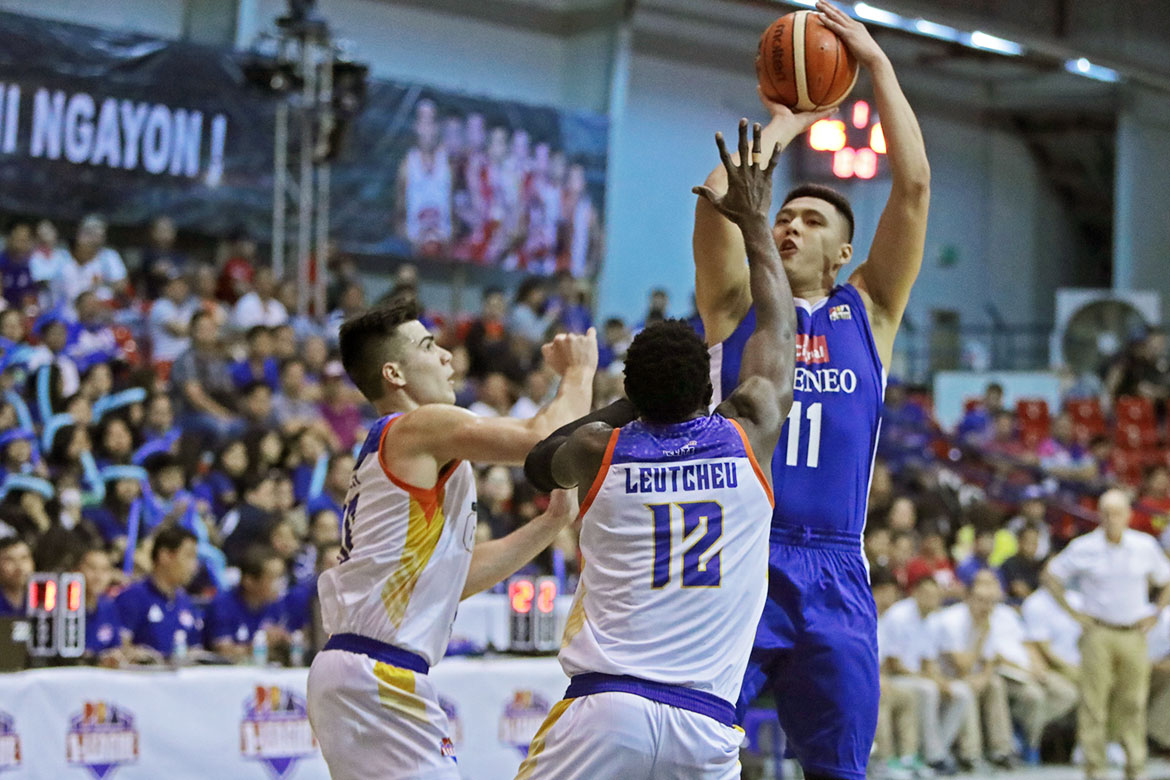 The Cignal-Ateneo Blue Eagles announced their entry to the 2019 PBA D-League with a rousing 103-75 victory over the Go for Gold-College of Saint Benilde Scratchers, Thursday afternoon at Ynares Sports Arena in Pasig.

Isaac Go got the ball rolling for the Blue Eagles. He led his team on a 24-3 tear in the second quarter that turned a slim 20-16 lead to a commanding 44-17 advantage, capped by an Ange Kouame layup.

The versatile forward topscored for the early favorites with 21 points on a sizzling 4-of-6 shooting from threes, to go with his four rebounds. Cignal-Ateneo have now gained an early headstart in the Aspirants Group.

It was a sweet-shooting outing for the Blue Eagles. They had 55-percent field goal shooting and 45-percent clip from threes, much to the delight of coach Tab Baldwin.

“This isn’t how we play in the UAAP. We’ll press a lot more, we’ll do a lot of other things that we really can’t do when our numbers are down. So offensively, I was surprised, we played pretty well,” he said.

“We’re not doing a lot really, but the guys played very efficiently and that’s a good thing,” the decorated mentor added.

Ivorian slotman Kouame did his damage inside on his way to 13 points, 18 rebounds, four blocks, and two steals, including a big rim-rattler to finish the game in the final 81 seconds.

Yankie Haruna provided support with his 11 points and three boards for the Scratchers.