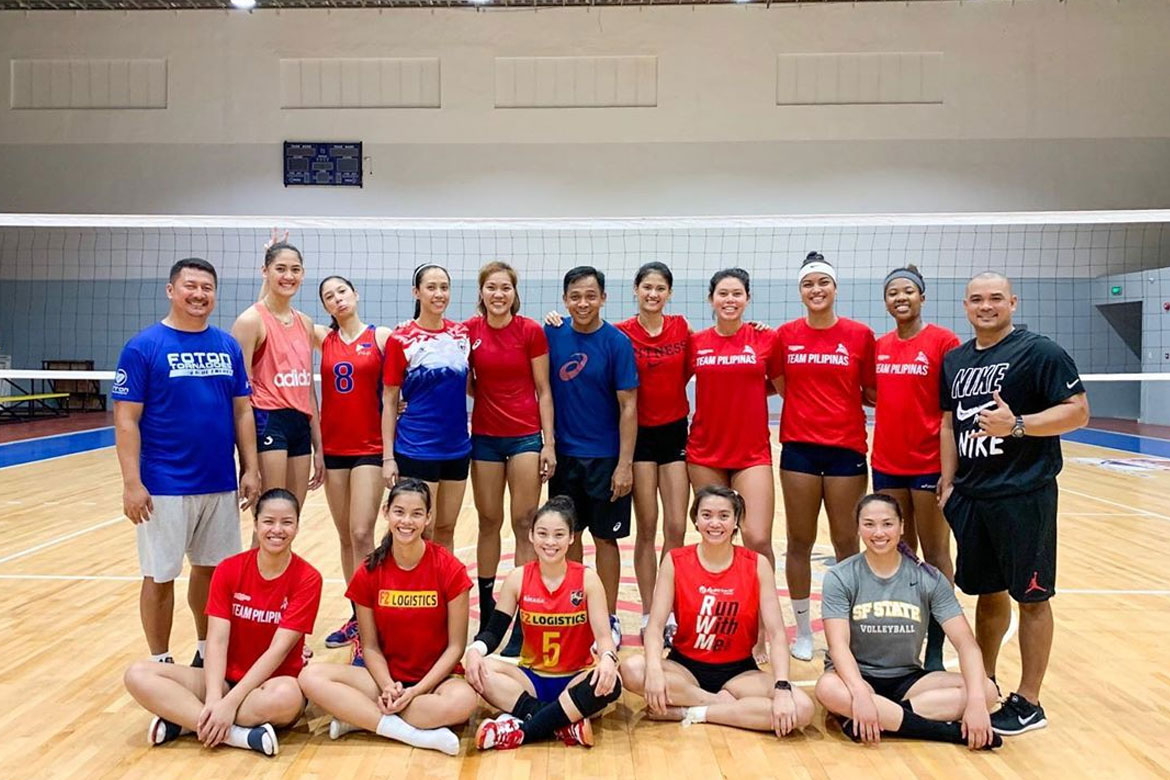 A familiar face to the country’s volleyball program made her return to the national team after a three-year absence.

Iris Tolenada joined 12 players from the national team pool in its practice, Sunday afternoon at the Paco Arena in Manila.

The 5-foot-8 playmaker was part of the national team back in the 2015 SEA Games and 2015 Asian Championships.

Tolenada returned to the country last week and has signed a two-year deal with Motolite.

She was joined by fellow Fil-foreigners Kalei Mau, Alohi Robins-Hardy, and MJ Phillips.

The national team is currently preparing for the SEA Games. They will go up against seven regional rivals as the country tries to end a 14-year medal drought in the sport.