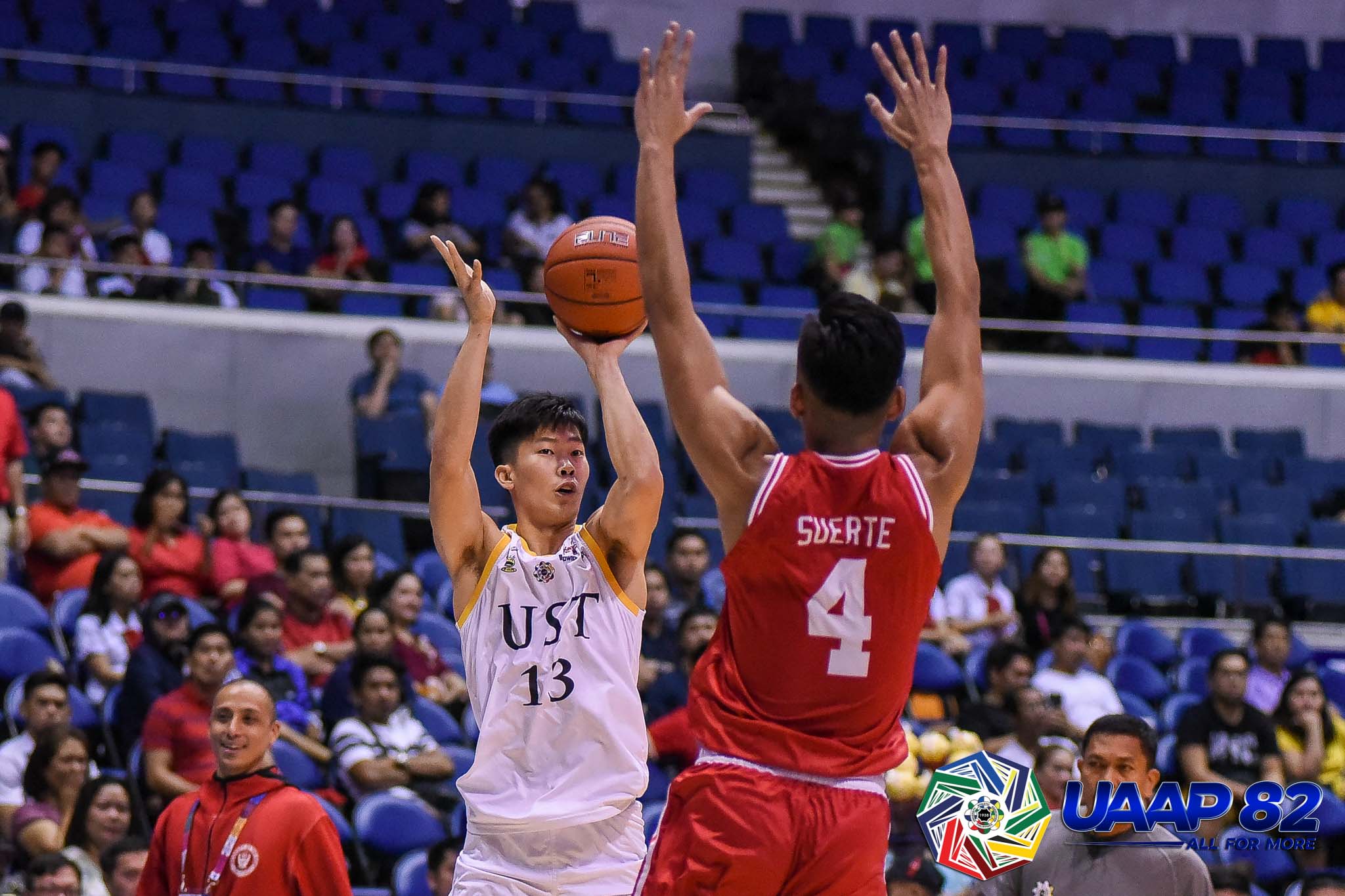 Coming off back-to-back losses to La Salle and Ateneo, the University of Santo Tomas vented their ire on the University of the East Red Warriors, picking up an impressive 101-73 rout in the UAAP Season 82 Men’s Basketball Tournament, Wednesday at the SMART Araneta Coliseum.

Zachy Huang epitomized the Growling Tigers’ stupendous shooting performance. He buried six treys to fire 22 points, five rebounds, and an assist as his side improved to 5-4.

It was a huge bounce back for UST after losing back-to-back games. Coach Aldin Ayo then said that it was really a matter of the España crew going back to basics.

“We were able to release the pressure. ‘Yung past games namin, grabe ‘yung pressure sa mga bata,” he said. “Binigyan lang namin ‘yun ng pansin and this game, we were more relaxed. I told them to go back to having fun while playing and just enjoy the season.”

And it truly showed, with the Growling Tigers shooting 14-of-42 from downtown (33-percent) — an obvious step up from their 28-percent shooting against Ateneo the last time out.

Meanwhile, UE rode the broad shoulders of big man Alex Diakhite. The Cameroonian got 24 points, 12 rebounds, and three assists in the defeat.

Neil Tolentino also chimed in 11 points and four boards as the Red Warriors fell to 3-6.