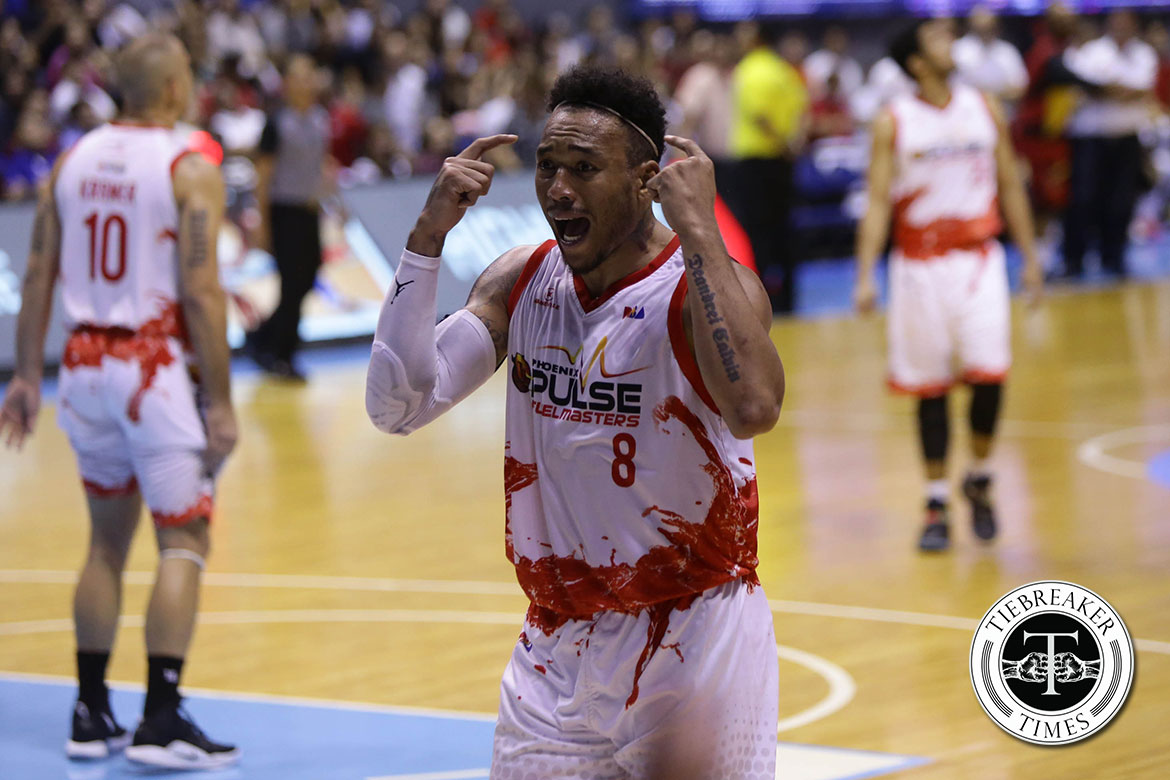 There is still no word from the PBA regarding Calvin Abueva’s reinstatement to the league, but Phoenix Super LPG continues to keep the faith.

The Fuel Masters have included the 30-year-old utility forward in their final lineup for the season resumption inside the bubble in Clark next month.

Team manager Paolo Bugia said that the organization did so hoping that Abueva sees his suspension lifted before the planned Oct. 9 opener.

“Yes he is included in our 25-man roster with the hopes that he may be reinstated before season-opening,” Bugia wrote in a text message to Tiebreaker Times.

“As of now, we are just waiting for final word from the PBA.”

The 6-foot-2 bruiser has been suspended for over a year now due to several controversial on-court incidents back in July of last year.

Abueva has proven that he deserves another chance, though, having accomplished all the requirements the league had told him to do.

And he remains keen on returning to the PBA, even declining an offer from a Japan B.LEAGUE team since he wants to stay in Asia’s first pro league.

Still, Commissioner Willie Marcial said that there remains a process before Abueva could finally set foot in the league again.

But if ever he gets cleared before the season restart, what better way for the Kapampangan star to return than playing his first game back in his hometown?