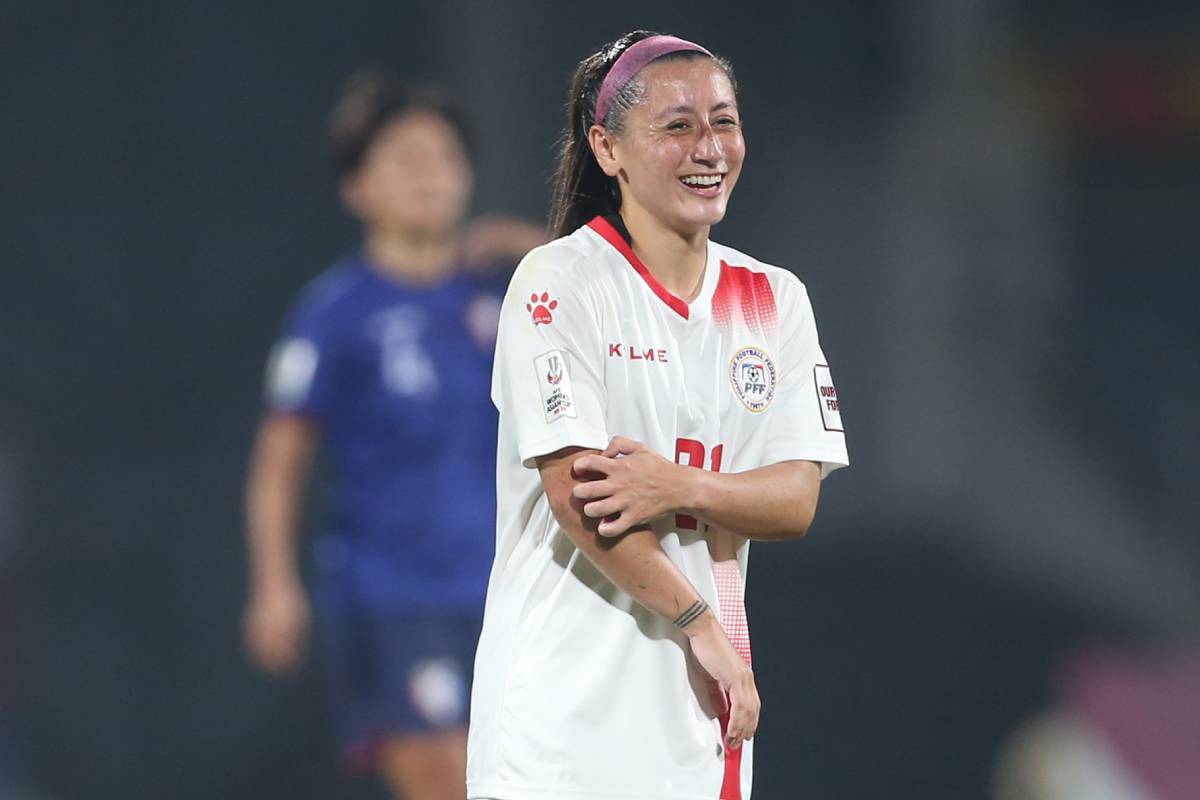 New stars were born out of the Philippine Women’s National Football Team’s successful campaign in the AFC Women’s Asian Cup 2022, which yielded a ticket into the FIFA World Cup 2023. One of them, Katrina Guillou, made a big impression considering it was her first time to represent the Philippines at any level.

“I’m just overwhelmed with joy with how our country — it’s the first time qualifying and again it’s first time beating Thailand in the game, a big one against Indonesia, going into extra time and then the penalty shootout against Chinese Taipei,” said the University of North Carolina Wilmington alumna.

“I think the team was really resilient, and in the tournament, we’ve proved that. And now we’re going to once again prove ourselves on a bigger stage, including the three smaller tournaments, I would say, leading up to it. I’m excited.”

Despite being one of the newcomers to the program, it is safe to say that Guillou successfully hit the ground running. An eye-opening debut against Thailand and a fantastic goal versus Indonesia excited many supporters to her potential in future matches especially since expectations shall be higher from this point onwards.

“I know Alen has mentioned it before but this is my first competition with the team around me, so I think I’m still growing, getting used to everyone — of course these things take time,” said the 5-foot-2 midfielder.

“So, all of us together, I’m sure we can just keep on growing and proving how far we can still go.”

With so many competitions lined up this year – the AFF Women’s Championship, SEA Games, and Asian Games, – it is hoped that Guillou can be able to participate in all of them considering the difficulties in air travel amidst COVID-19 restrictions and club commitments.

Come what may, though, her recent endeavors with the national team have made her want to suit up for the flag and country again in the future.

“Honestly I will enjoy anywhere that’s on the field — that’s really all I could say. I don’t really mind anywhere, wherever the coach wants to put me and whatever helps the team win, I’m willing to do.”