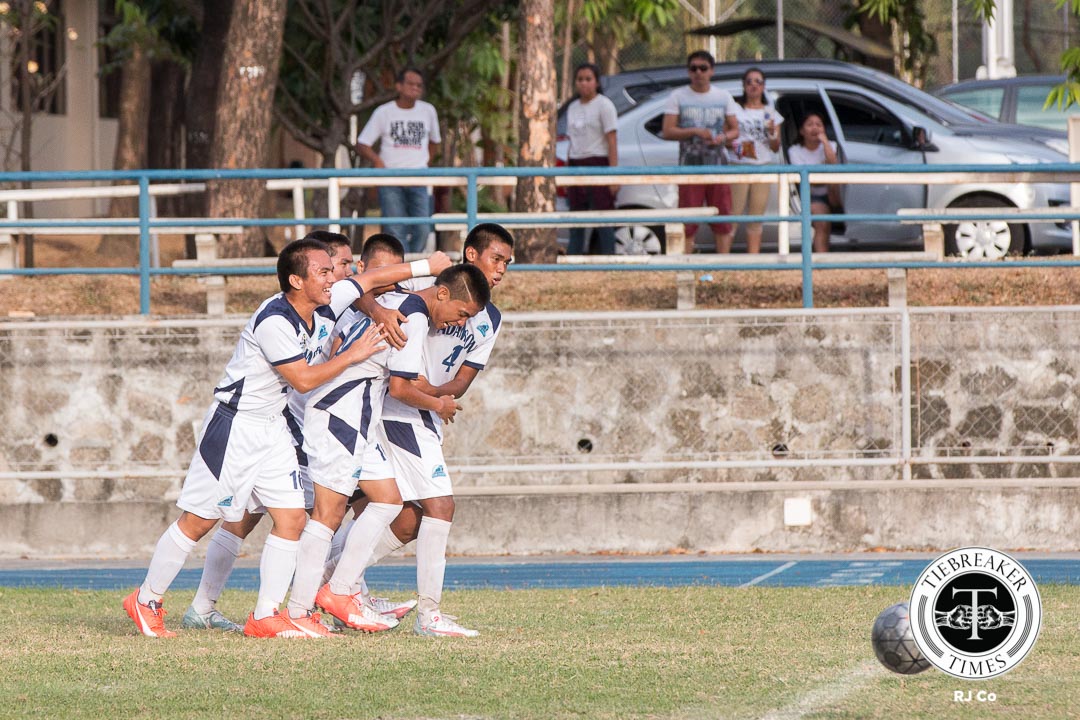 Following a historic win against the University of the East Red Warriors last Thursday, the Adamson University Soaring Falcons have already picked up a point more than what they had in the entirety of last season.

Winning for the first time in the UAAP was a special moment for the boys from San Marcelino, but they are not willing to stop and settle just yet.

After 18 tries, the young team under the tutelage of Nolan Manito took time to celebrate their first win since reviving the football program last year. The mentor was pleased with the result, which he thinks is a product of their workmanlike approach to the game. As they progress this season, Manito wants his players to use this achievement as a springboard for bigger goals. “Kailangan i-push nila ‘yung sarili nila na talagang kaya nila. Maging pursigido na rin sila lagi sa game,” he remarked.

The players themselves were also not entirely convinced of their performance against UE, but definitely did not mind taking home all three points. “Honestly, pangit talaga ng laro namin kasi nakikisabay lang kami,” match winner Bless Jumo (I) commented after the game.

They were mostly on the back foot but were able to hold their own against the Red Warriors. With the game still level in the dying stages, a well-coordinated move made an indelible mark on the newest incarnation of Adamson football. A fine passing sequence that began with Jusuel Pilarca, the only other Adamson goalscorer this season, was finished off by Jumo I, who was nicely set up by his twin brother Brian Jumo (II) with only two minutes on the clock. “Para sa amin ito ‘yung motivation para sa darating na games,” Jumo I concluded.

Their past three games have been rough on him and the Adamson defense, who nearly held firm to blank NU two weeks ago. Their performances against the University of Santo Tomas and Ateneo de Manila University hadn’t been awful as well. They only fell narrowly against the in-form Tigers, while their focus on the game dwindled once the Blue Eagles opened the floodgates in the second half of their encounter. Evidently, Viray feels glad with the result and the shut-out. “Nasuklian lahat ng pagod at paghihirap sa training,” he uttered.

Having kept his first clean sheet in the UAAP, Viray is hoping that their latest achievement will earn the respect of other teams who may look at them with three points already in mind. Still growing together as a unit, Adamson aim to reach a level wherein results like this will be a norm.

Definitely with spring to their steps, the Soaring Falcons are motivated to get another result against UP tomorrow evening. They held the Fighting Maroons the last time they met. Repeating that, or even eclipsing it with a win, is a tall order but the sky’s the limit for the Soaring Falcons, who have finally learned how to fly and are looking to soar even higher in UAAP men’s football.