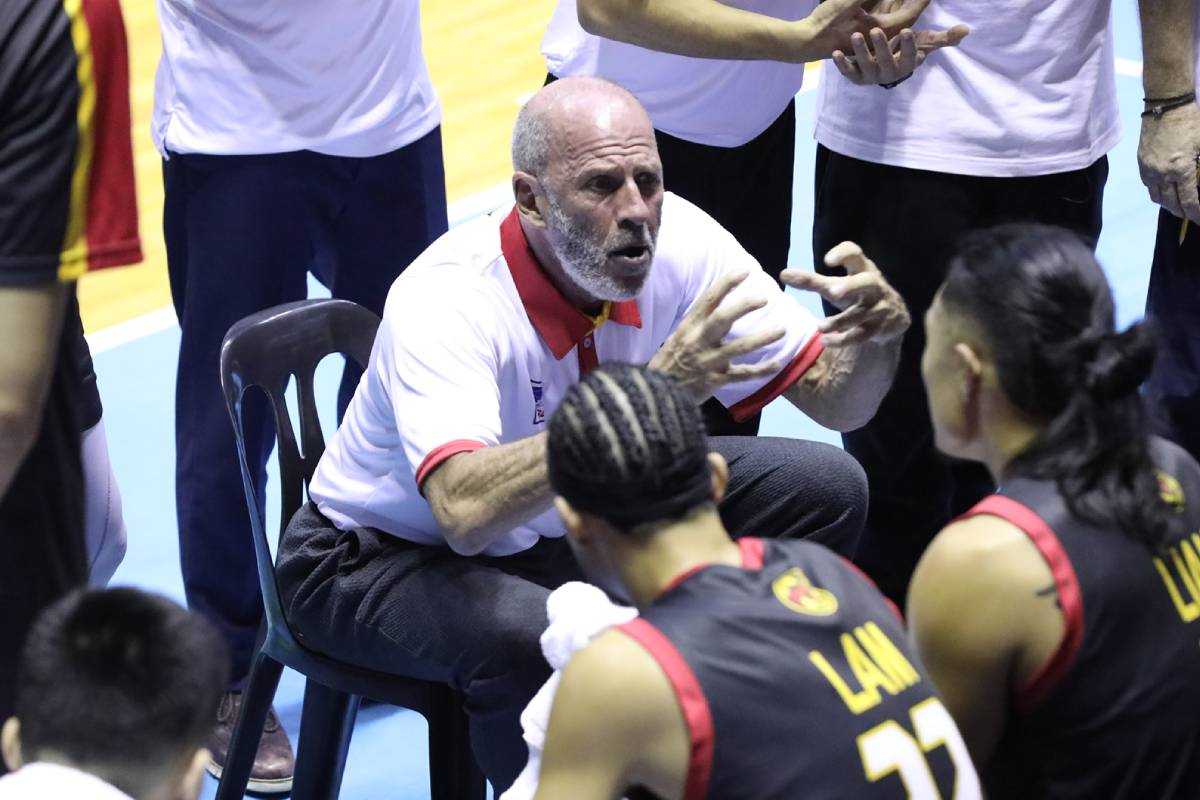 Bay Area head coach Brian Goorjian hopes that his team has grown better as they cross paths with an old tormentor in the PBA Commissioner’s Cup Finals.

The Dragons have forged a best-of-seven title showdown with Barangay Ginebra beginning on Christmas Day, a match-up surely intriguing given the fact that the Kings dealt the guest team their very first loss of the conference.

“They dominated us the first time they played us. So, I’m hoping that we’ve got better,” said Goorjian shortly after their 94-92 escape of San Miguel Beer in Game Four of the semis, Wednesday night at the Mall of Asia Arena in Pasay.

The decorated mentor was pertaining to the 111-93 loss they suffered in the eliminations last October 9, which snapped their unbeaten four-game run.

That loss also served as a rude welcome for Andrew Nicholson, who at that time took the place of Myles Powell per the setup agreed upon by the league and the ball club from Hong Kong prior to the mid-season tournament.

But a lot has happened since then. Bay Area went on a tear and eventually finished as the top seed with a 10-2 record, and then maximized their win-once playoff incentive by dispatching Rain or Shine to reach the semis.

They then took care of business by finishing off the reigning champions in four games to set up a bout with the crowd darlings, who like the Dragons had a solid campaign as well that culminated in another Finals stint.

The third seed after the eliminations (9-3), Ginebra swept NorthPort in the best-of-three quarters, and then dealt long-time rival Magnolia a gentleman’s sweep in the semis — highlighted by double-digit wins in the last two games.

Goorjian is very much aware of how the Barangay has been playing in the tilt and he only has the utmost respect for counterpart Tim Cone and the team.

The upcoming chess match between Goorjian and Cone should also add more flair to the race-to-four series as it will pit the PBA’s winningest bench tactician against the most successful mentor in Australian basketball.

“I’m hoping that we’ve got the opportunity now — it’s not until the 25th — to prepare, and there’ll be no excuses,” Goorjian added.

It will be the first time that the 69-year-old will coach in a best-of-seven affair but he nonetheless looks forward to the battle ahead.

“I’ve been in the game a long time, I’m never in the NBA, but I’ve never been involved in a seven-game series,” said Goorjian, who’s been coaching since 1988.

“Five is in Australia; in Europe, it’s best-of-three. Every now and then I’ve been involved in a best-of-five, but never in a best-of-seven. So, great opportunity, just really proud to be in there, and we have a battle on our hands.”