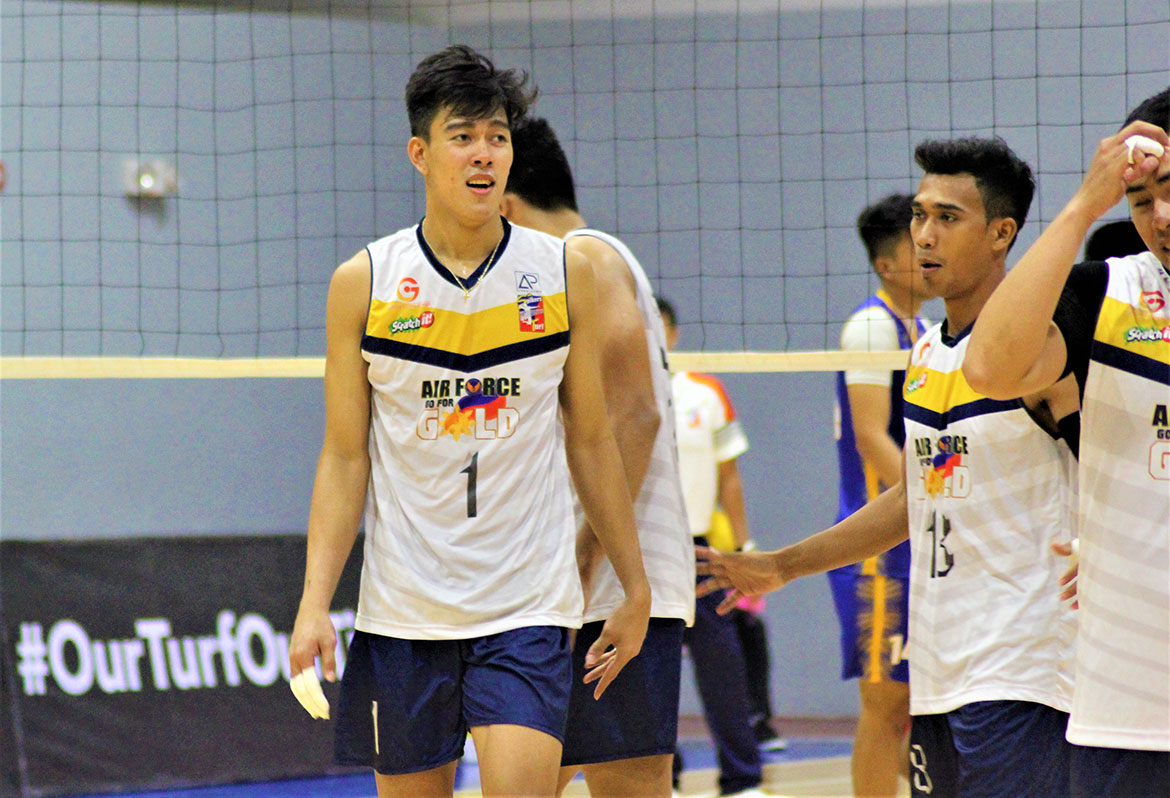 With the entire sporting world still at a halt, Go for Gold-Air Force made sure it will keep one of its core pieces once sports resume.

“The Go for Gold Men’s Volleyball Team is proud to resign Bryan Bagunas for another two years,” read the statement.

The 22-year-old Bagunas, though, will only suit up for the Jet Spikers if his schedule permit. He still has a live contract with Japanese V.League squad Oita Miyoshi Weisse Adler.

The former UAAP MVP had a promising debut overseas following his stint with Air Force. Unfortunately, it was not enough, as the Oita-based squad finished in ninth place with a lowly 3-24 win-loss record.

“He is also currently signed to Oita Miyoshi in the Japanese V. League but will play for our team when his schedule allows.

“Known as one of the heroes of the country’s Cinderella run last SEA Games, Bryan has been instrumental in our first season of the Spikers Turf, where we placed runner up in the reinforced conference,” the statement continued.

Bagunas was a key cog in the Philippines’ magical run in the 30th Southeast Asian Games. He led the country to a historic silver finish — its first medal in 28 years.