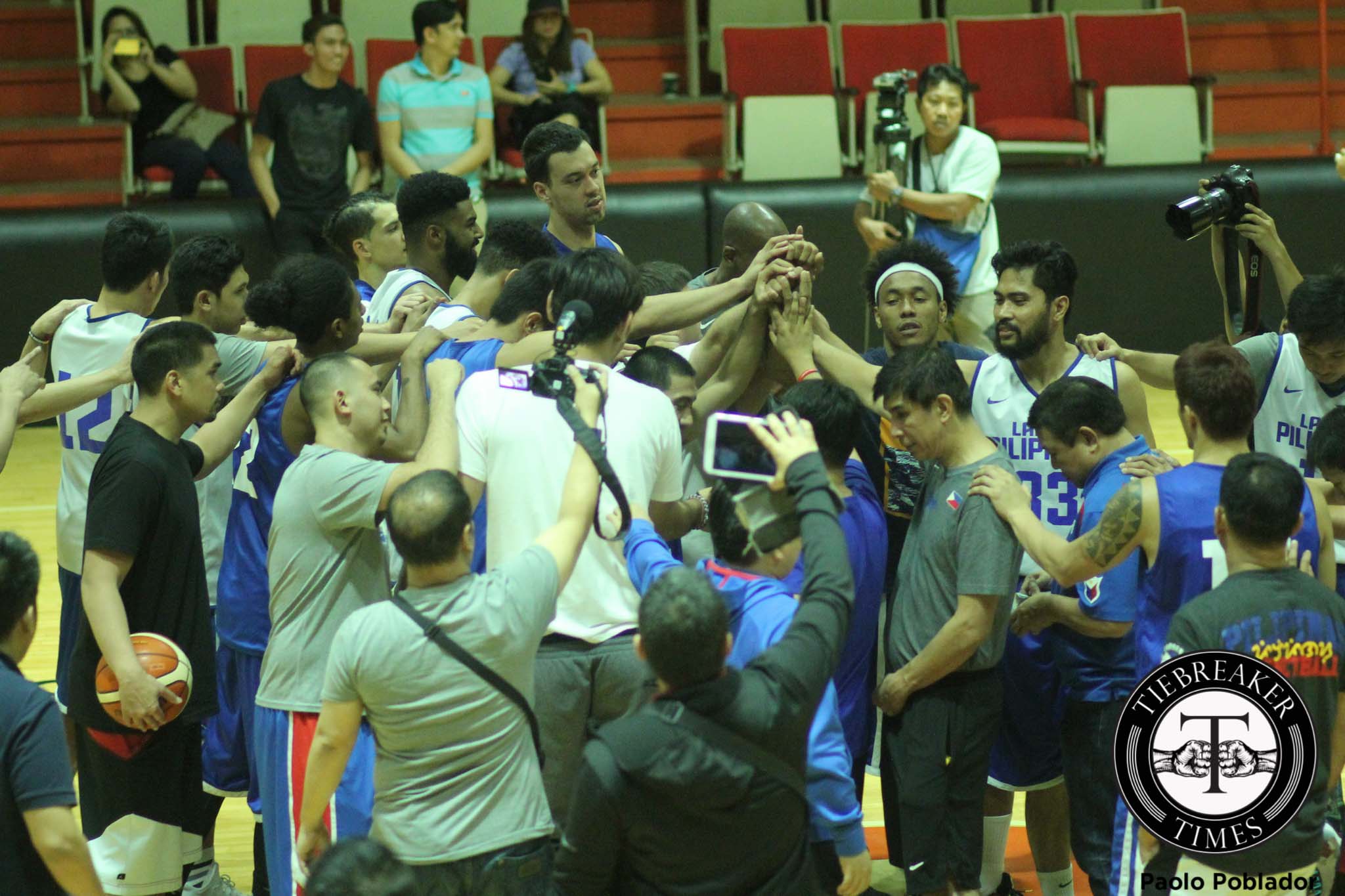 With the retirement of legendary Filipino boxing icon Manny Pacquiao, Gilas Pilipinas faces a more significant role in Philippine sports society–something that’s far more important that just winning basketball games on the international stage. The team will likely become the next beacon of millions of Filipinos seeking relief and comfort from the harsh conditions of life by turning to sports.

“If Pacquiao has already fought for the last time or if he goes on to take a couple more bouts, his time as the Philippines’ sporting flag-bearer is winding down. Fortunately, Pacquiao’s twilight coincides with the rise of Gilas Pilipinas and the resurgent national basketball program under SBP. One of the greatest losses of the end of Manny Pacquiao’s boxing career would be no longer having those moments, two or three times per year, when the nation rallies around an athletic hero and swells with pride at his accomplishments. Manny gave Filipinos those flashpoints of togetherness for so many years, and now June Mar Fajardo and Terrence Romeo and Jayson Castro and Ranidel de Ocampo and Calvin Abueva and Gabe Norwood and many others are poised to pick up where Pacquiao leaves off. Will Gilas ever reach the competitive heights that Pacquiao did? Almost certainly not. But in three consecutive years — at the 2013 FIBA-Asia Championships, the 2014 FIBA World Cup, and the 2015 FIBA-Asia — Gilas Pilipinas has galvanized and inspired Filipinos from GenSan to Ormoc to Taguig to Dagupan. Just like Pacquiao has done for as long as many of us can remember.”

Whether Gilas Pilipinas members are fully aware of what it means to hold such role or not, they now shoulder the responsibility of providing happiness to millions of Filipinos, especially those who are underprivileged and are only seeking an escape from the everyday discomforts of life.

Some people might say say sports are there merely for entertainment, and they’re not wrong. Sports are games; they’re for fun. But in the Philippine context, sports become more than mere entertainment. They become a distraction from the harsh realities of life for plenty of Filipinos, similar to how they lean on noontime variety shows or comedians or soap operas, even videoke or liquor to forget about the hardships they endure everyday, even for just a while.

Pacquiao has shouldered this role two or three times a year for the last two decades. While he was not necessarily obliged to serve as the beacon of hope, he took it as a calling–a responsibility. He always believed that giving his kababayans just a temporary escape from poverty will help them, even just a little. This is why Filipinos around the world rally behind him whenever his fight day arrives; Pacquiao is treated like an icon of hope who gives positivity and comfort.

“I think Manny has shown people they don’t need to believe in the lies they believe in, like taga fill in the blank lang ako, or mahirap lang kami, or dito lang ako sa ganitong eskwelahan. What Manny did was unbelievable. He is inspiring for everybody. I think that’s why guys love him. He is an international phenomenon,” Gilas assistant coach Alex Compton added.

The end of the Pacquiao’s career ushers in the start of a new era–one that’s filled with new opportunities not only for Gilas Pilipinas, but also other teams to inspire, unite, and give joy to the country as sportspersons. It is both a blessing and a challenge for the next great sportspersons to make an impact on sports society the way Pacquiao did in the last two decades.

When Pacquiao fights, he does not only represent a group of people; he lets the world know about what character his countrymen possess. People do not only marvel at Pacquiao’s rags-to-riches transformation from a scrawny teenager fighting for food to eat to being an eight-division all-time great and unarguably a contender for boxing’s Mt. Rushmore; they connect to him. They see themselves in Pacquiao’s shoes.

Gilas now face the same challenge. The Gilas program has been around for a while, but with Pacquiao retiring from boxing, it is now a totally different scene. The national basketball team will now face even more attention and a slightly bigger responsibility to handle.

And what better way for Gilas to start carrying the role than by participating in the FIBA Olympic Qualifying Tournament as absolute underdogs. This way, Gilas might be able to connect to sports fans across all demographics like Pacquiao did.

“We are clearly the underdogs in this tournament. And it’s not like Manny won every round and never took a shot in his life. And with Gilas, we are going to take shots. We are going to take some in the chin. It is going to be tough. The thing is we just keep going. That is one of the best accomplishments Manny has given us–being able to get back up after getting knocked down,” Compton said.

Having the FIBA Olympic Qualifying Tournament played at home makes the campaign an even more compelling one for Gilas, and players know they simply have to give it their all.

It’s a daunting challenge for Gilas to fulfil such role. Winning it all and making the Olympics for the first time 44 years would have an even more significant impact for them in the post-Pacquiao Philippine sports scene.

“It’s added motivation what Manny (has done in boxing). Pinoy tayo lahat, we share victories. Manny cemented his name as one of the legends in boxing. We have the chance to do the same–to enter the Olympics,” cadet member Kiefer Ravena said.

“Manny has done a wonderful job letting the Philippines get known not just in the sport but among other positive things as well. We can’t take it away that it has taken its toll on him and that he is wanting his gloves already. It’s just so fitting sakto, papalapit na yung Olympic Qualifiers. Sakto yung momentum sa nadala niyang panalo, sana madala din sa qualifiers. Malaking tulong yung bawat cheer. And kailangan talaga natin yung tulong ng mga kababayan natin. It’s a once in a lifetime opportunity to host such event.”

Likewise, matching Pacquiao’s influence from a fight day standpoint, wherein he turns major roads of Metro Manila into ghost towns and triggers big-screen viewing parties and village fiestas is something difficult to achieve.

But Gilas does not have to be in that level right away. Perhaps the team does not have to be at that level, since the team and basketball in general will forever be relevant in the country. The team, however, has to present itself as a beacon of hope–the same way Pacquiao has lived up to the role for the past two decades. And the upcoming tournament is a good starting point for Gilas to fulfill the said role in the post-Pacquiao, Gilas era.

“I think a lot of people will be into it and essentially, there will be NBA-level games played because of the NBA players on the floor. It is going to be a huge deal and the whole country will be behind you. Think about it, three of the teams will have NBA line-ups. So even if it’s, you know, people aren’t really into Canada and Turkey, but that is like an NBA game. So people like watching NBA games,” Compton said.

So let Pacquiao hang up his gloves; he has done his part, and it has been an epic ride with him in every sense of the word. It is now time to recognize the equally-great Filipino sportspersons who are also there to provide pride, glory, and honor to the impoverished country. It’s time for them to be the ones representing Philippine sports in a global scale, and be the ones giving millions of Filipinos hope, comfort, and smiles on their faces.

“I think people should recognize what the Azkals did with North Korea. That was awesome and I hope they keep going. I want to see Philippine sports across the board continue to improve and become more competitive on the international stage,” Compton said.

It’s up to Gilas now–and all the other national teams–to be the Pacquiaos in this post-Pacquiao Philippine sports era.