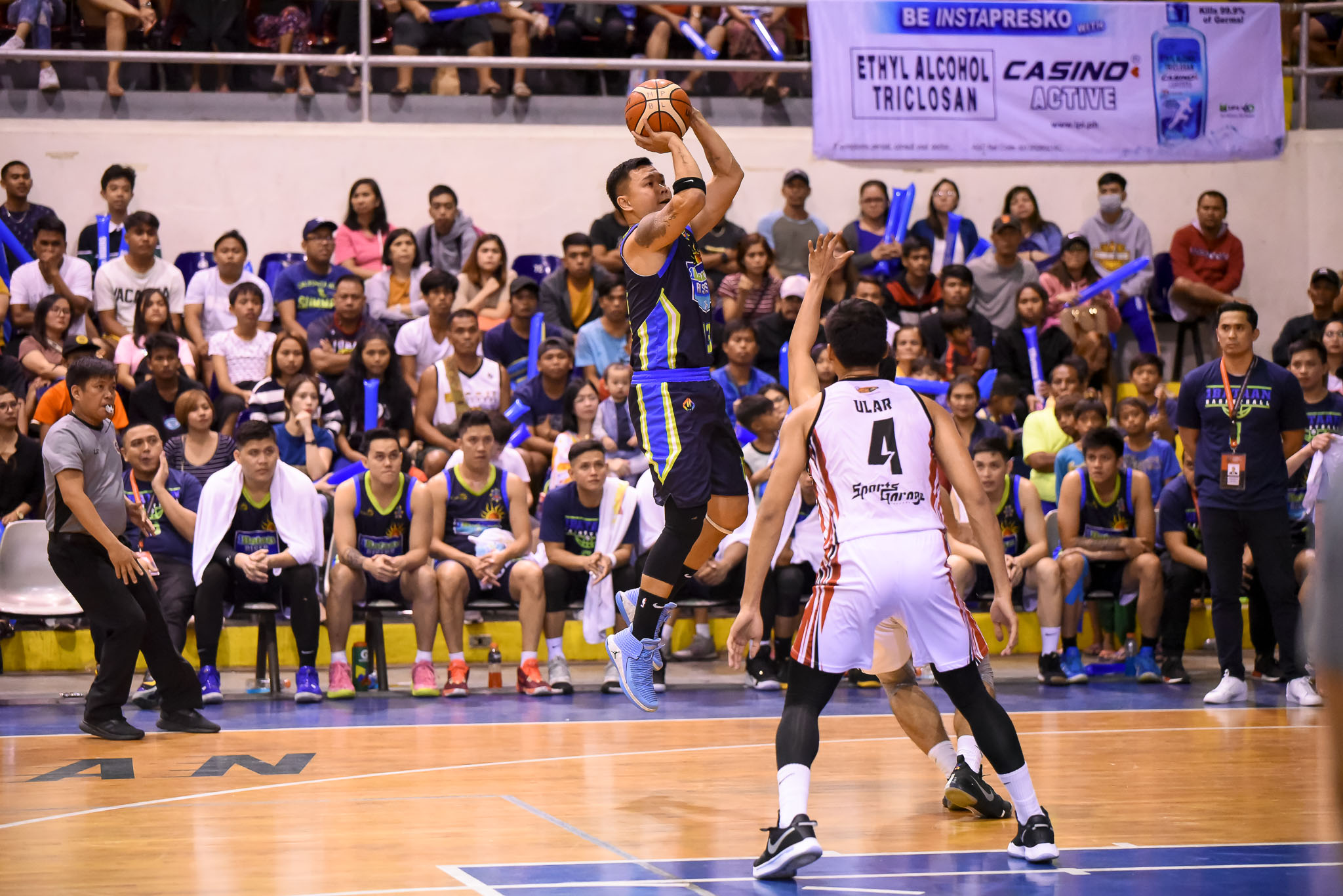 BALANGA, BATAAN — 1Bataan-Camaya Coast made sure to give Gary David the perfect homecoming, fending off a late rally from the Marikina Shoemasters, 82-76, in the 2019-20 Chooks-to-Go/MPBL Lakan Season, Wednesday at the Bataan People’s Center.

Bataan’s prodigal son Gary David, who poured 11 markers in the second quarter, finished the game with 16 points on a 5-of-9 shooting clip. He also buried four triples and two free throws.

Behind David, the Risers held a 12-point lead heading into the second half.

But Gino Jumao-as fished a foul from Irvin Mendoza, draining 1-of-2 from the line to bag the game for good for the Risers with 14 seconds left.

Bryron Villarias topped the scoring column for the Risers, with 19 points along with eight assists and three rebounds.

The Camaya Coast-backed squad ended their elimination round campaign with 20-10 standing, keeping the fifth seed in the North.

Marikina — who missed the services of Yves Sazon due to flu — was led by Von Tambeling with 19 points and seven rebounds.

The Shoemasters fell to 6-21 in the South Division.