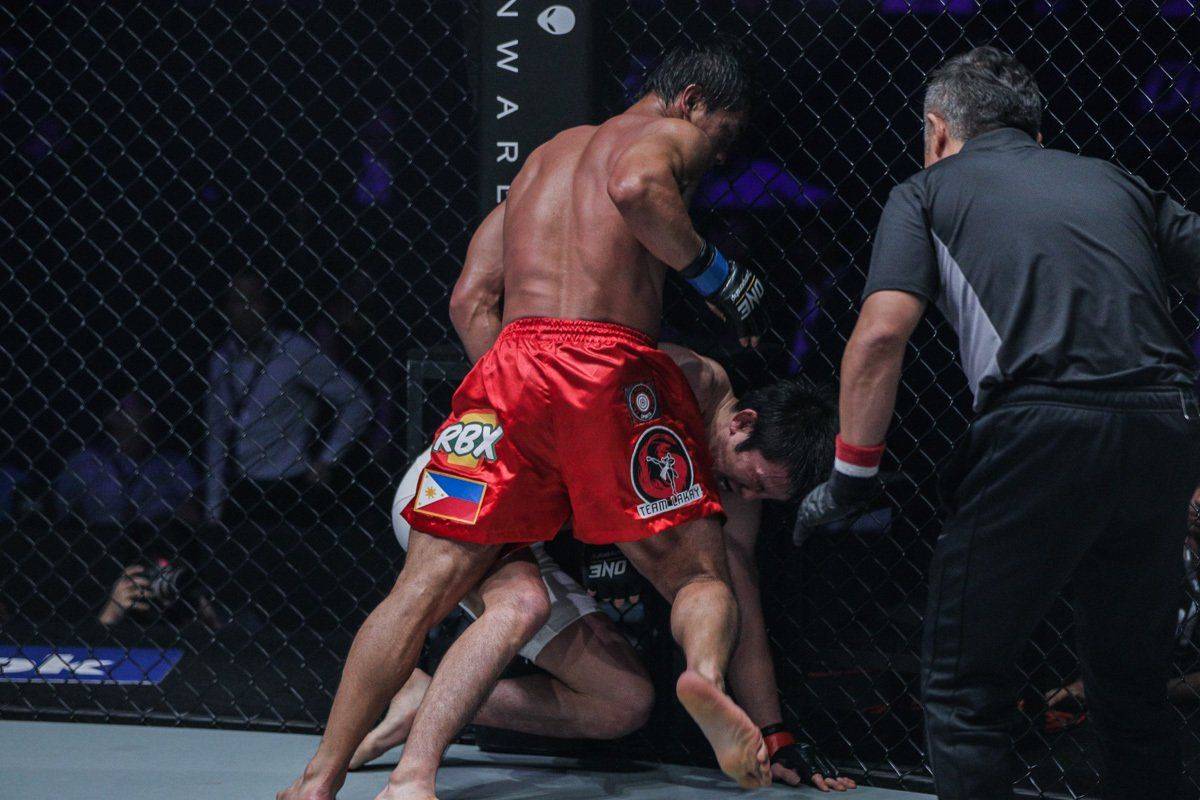 It’s a rivalry that has spanned five years and two countries.

And on April 29, it all ends as the two icons will write the final chapter to this book where it all began — in the Singapore Indoor Stadium.

“This will be a monumental test for me. It’s a sudden change of our preparation, but I’m a professional athlete, so you have to be prepared for anything, at any given time,” said Folayang, was originally scheduled to face Yoshihiro Akiyama on April 29 before the latter had to pull out of the bout due to a bicep tear.

“You have to be ready to calibrate for what will be served for that perfect aim.”

Back then, Aoki was an unstoppable force riding a nine-bout winning streak. This made Folayang the undeniable underdog.

Folayang remained unperturbed by the odds, though. He slayed Aoki with a third round knockout win to cop the ONE Lightweight World Championship.

It was a monumental moment in Philippine mixed martial arts.

Though Folayang lost the belt to Martin Nguyen a year later, he was able to take it back. That then set up his second match with Aoki. This time, it took place in Japan.

Aoki breezed through Folayang to regain the strap, though.

On April 29, there will be no belts on the line. Still, it’s all-important for Folayang, who has lost four of his last five bouts.

“I am not a pessimistic person and I’m a warrior, naturally, I’m not expecting to lose but to get a big victory, this time.”

After all, he has proven that anything is possible inside the ONE Circle.

“Shinya Aoki is still a legend. He’s still dangerous but I’ve beaten him before and I will do it again. I’ve learned the lessons from the last fight. Now it’s time to apply them.”

In this article:Eduard Folayang, ONE on TNT, Team Lakay