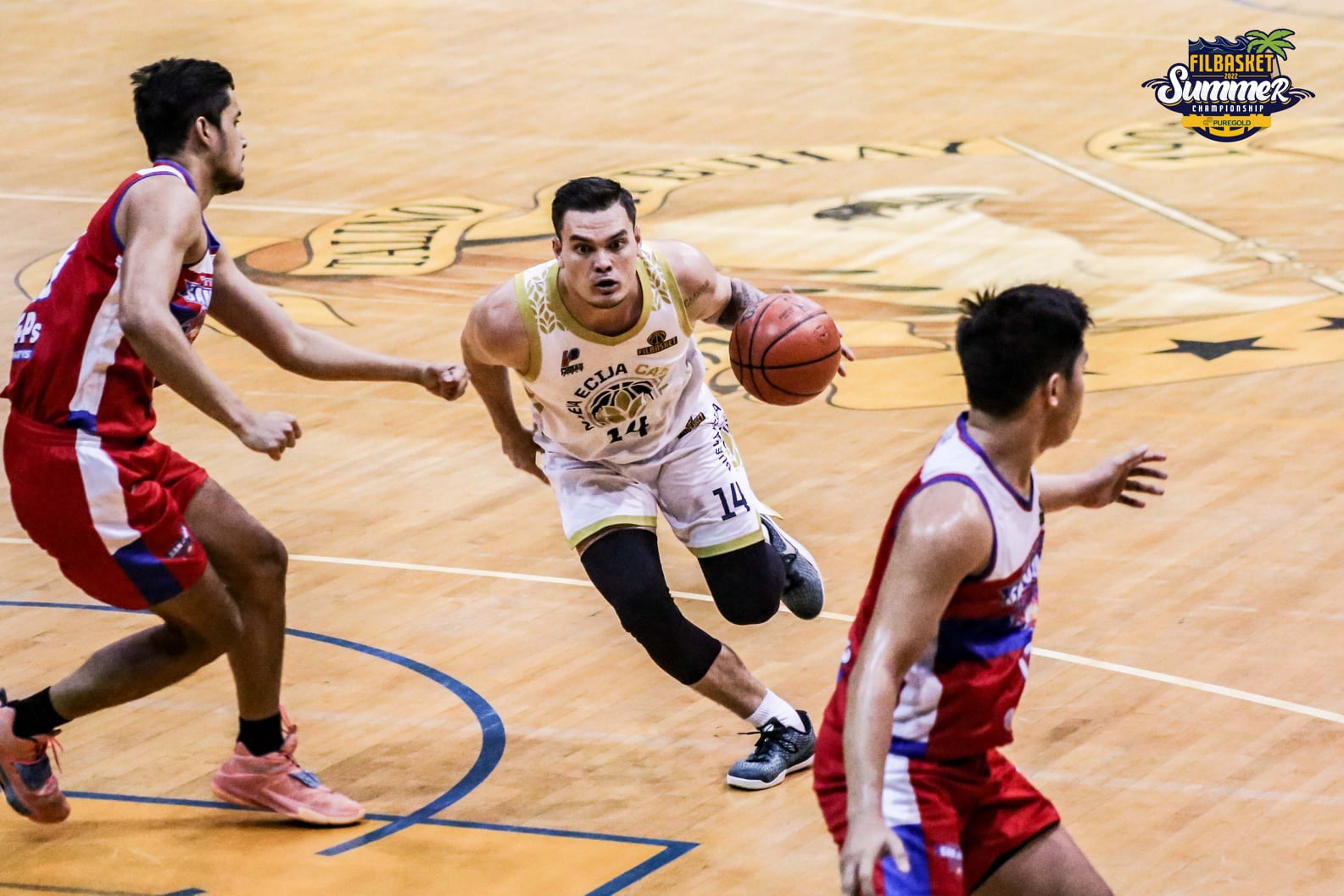 Nueva Ecija stamped its class in Game One of the 2022 Filbasket Summer Championship Finals, routing San Juan, 77-61, to move on the verge of the title, Wednesday evening at the Muntinlupa Sports Center.

The Capitals smothered the Knights’ offense all game long, holding them to a paltry 38-percent from the field and forcing 30 turnovers. The Knights only hit four of their 21 attempts from beyond the arc, with three occurring in fourth period garbage time.

“We followed our game plan, but we know in the second game magkakaroon ng adjustments ang San Juan, so we have to be ready,” said Capitals coach Jerson Cabiltes.

Nueva Ecija began the game like a house on fire, sprinting to a 13-4 lead with ten points from a red-hot Byron Villarias. At the end of the first quarter the Capitals led 24-12.

Nueva Ecija kept the clamps on the Knights in the second quarter and led 38-25 at the half.

Nueva Ecija’s Will McAloney had a stellar third quarter with a seven-point binge including a shot block and an open court one-handed dunk for a 53-29 lead with three minutes left in the period. The quarter finished with the Novo Ecijanos enjoying a commanding 60- 39 lead.

All but JP Sarao and Jonathan Uyloan scored for the Capitals.

Judel Fuentes chipped in 13 points but committed six turnovers while Jhonard Clarito was held down to just two points on 1-of-5 shooting with six errors.

Game Two will be on Friday.