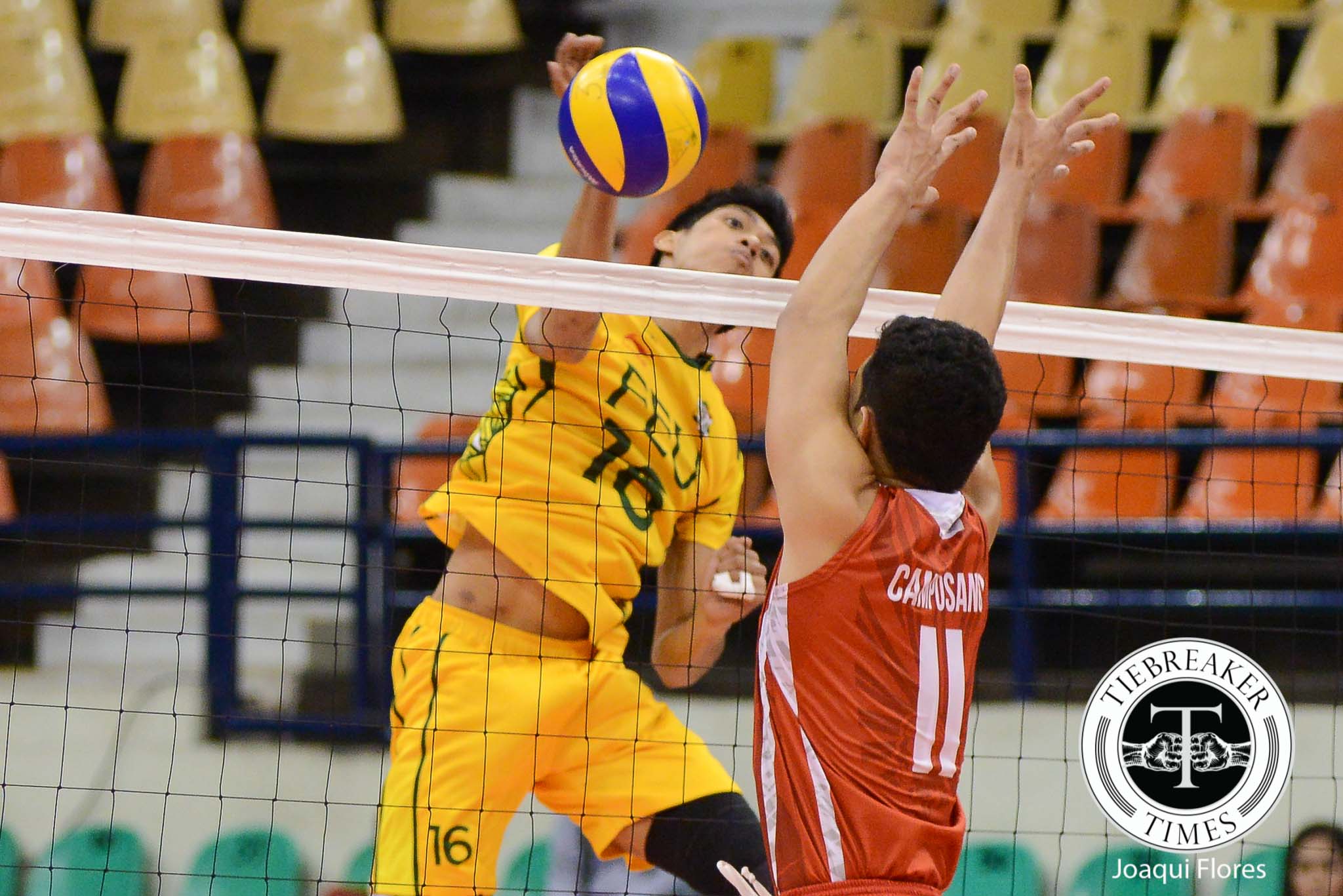 The Far Eastern University (FEU) Tamaraws kept the University of the East (UE) Red Warriors winless so far for the season as the Tamaraws outlasted the Red Warriors in four sets, 25-20, 27-25, 23-25, 25-13, Sunday morning at the Philsports Arena.

Still winless in two years, the Red Warriors came out motivated from the onset of the match. They pushed FEU to the brink during the first two sets, and were even able to compose themselves enough to take the third set. Alas, they were unable to continue their momentum as they stumbled in the fourth.

The Tamaraws lorded over the Red Warriors in attacks with a lopsided 55 spike kills compared to UE’s 33. While UE scored more on blocks, notching 10 to FEU’s 6, the Tamaraws did better at the service line with 8 aces to UE’s 3.

FEU’s Greg Dolor was brilliant in the match, scoring 22 points off of 17 spikes, 4 aces, and a block kill. Richard Solis lent a hand with 15 points, 14 coming from attacks and a single block. Rookie Jude garcia was the final Tamaraw in double-digit scoring with 10.

On UE’s end team captain Edward Camposano scored a team high 15 points, 9 off of spikes, and contributing a whopping 6 blocks as well. The only other Red Warrior in double digits was Miggie Saguin with 11 points.

The Tamaraws have finally won a game in the second round, having lost their first three. Their next matchup will be against the UP Maroons on Wednesday, 10am at the Filoil Flying V Centre. UE on the other hand will attempt to nab their first win of the season when they go against the the Adamson Falcons on Saturday, 8am at the Mall of Asia Arena.

HS ballers’ thoughts ahead of the SLAM Rising Stars Classic