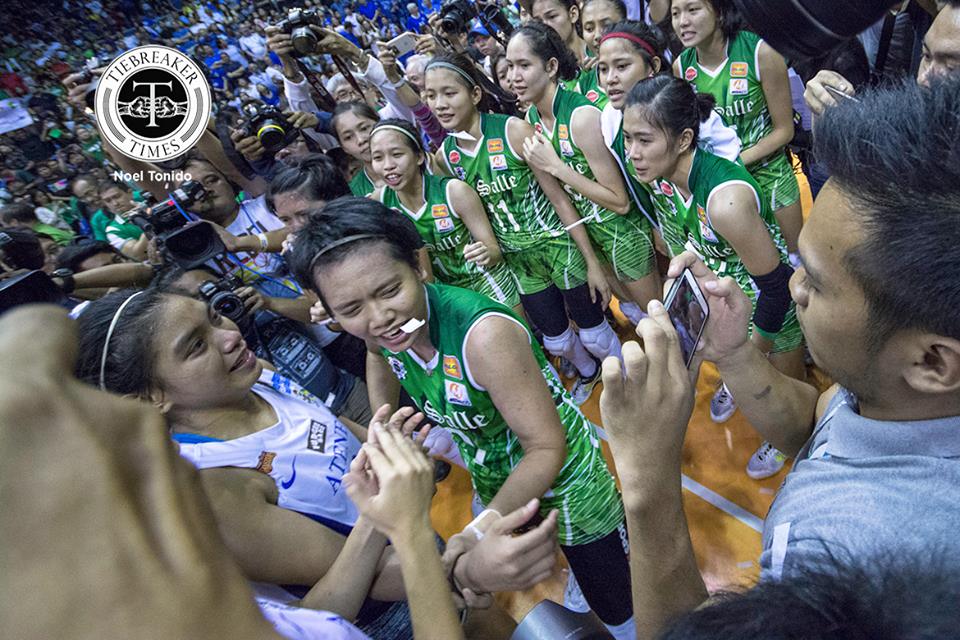 Kim Fajardo and Alyssa Valdez started out on dusty courts in Batangas then took the University of Santo Tomas Junior Golden Tigresses to three UAAP Juniors titles. Last Saturday, they faced off for the last time in the UAAP.

In front of a gallery of nearly 23,000 fans at the historic Smart Araneta Coliseum, the good friends slugged it out for all the marbles. After two years of heartbreak, it was Fajardo’s turn to raise the UAAP championship, steering the De La Salle University Lady Spikers over Valdez’s Ateneo de Manila University Lady Eagles.

In their final collegiate game, Valdez scored 31 points while Fajardo matched it with 51 excellent sets, 11 digs, and six markers.

This season’s Best Setter was elated after winning her second UAAP title. She admitted that the past two seasons had been rough for her and the team, reaching the Finals only to fall the Lady Eagles.

Watching her best friend try to carry Ateneo one last time, Fajardo could not help but be emotional herself.

After the match, the two immediately rushed to center court and shared a heartfelt hug before joining their respective teams.

READ  Greg Slaughter, Ginebra clobber Columbian to get back on track

So proud of this girl. Game 4? Tara? ? Love you, @kimfajardo9. ? pic.twitter.com/QAnWY8kPFt

As Valdez moves on to a professional career, Fajardo is still unsure if she’ll play her final year of eligibility for the Green and White.

URCC to give Stateside exposure to De Tomas, Ramirez