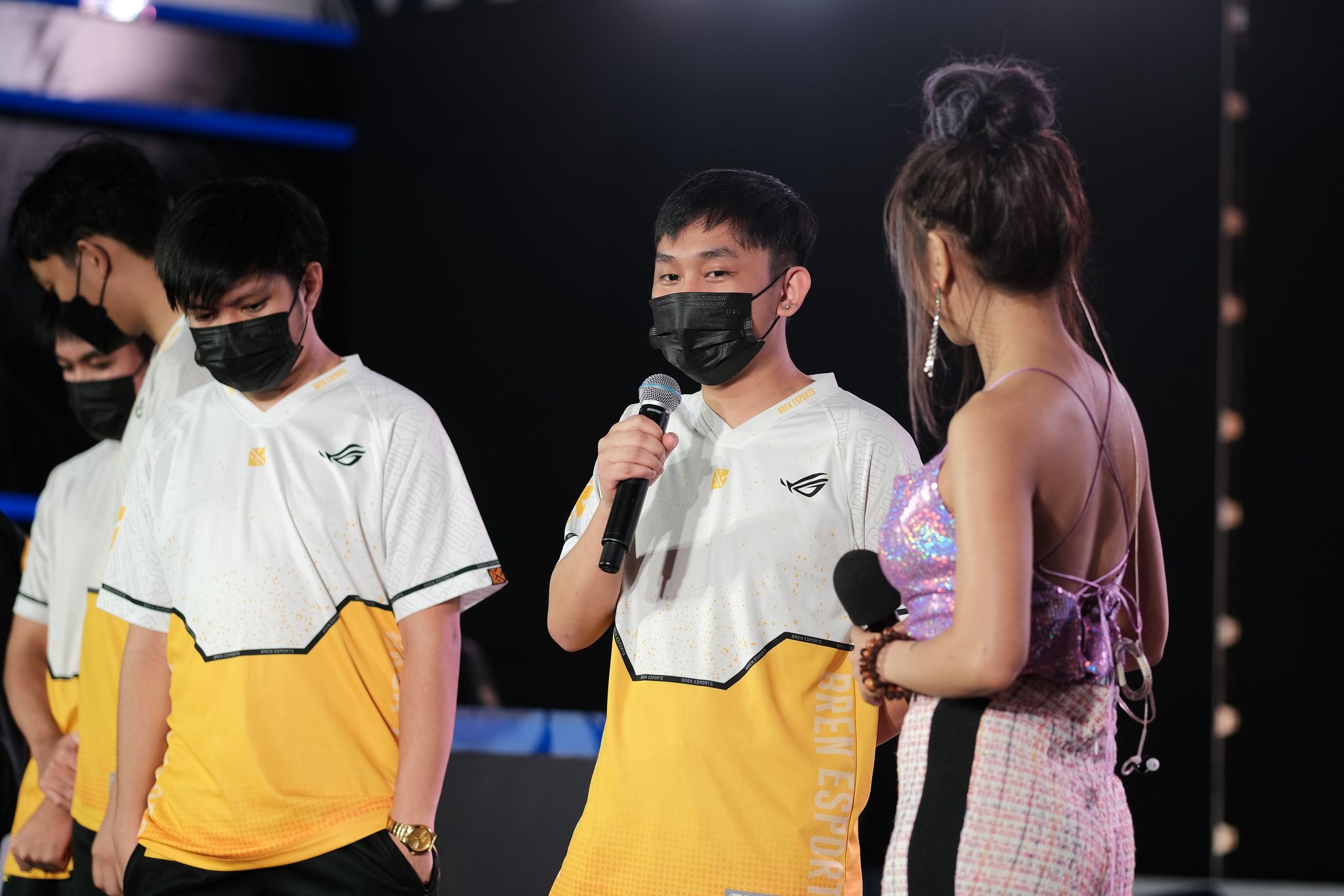 Bren Esports rookie Rowgien “Owgwen” Unigo had the chance to go up against his long-time idol Joshua “Ch4knu” Mangilog once again on Friday night.

And he made sure to come out with the win just like the last time around.

Owgwen’s stellar Atlas showing in both games propelled Bren Esports to a dominant 2-0 victory over Ch4knu’s Omega Esports at the ICITE Auditorium. The former also checked the latter, which prevented the SMART-backed squad from getting any kind of momentum throughout the series.

In the opening game, Owgwen delivered a game-high nine assists playing the Ocean Gladiator while also holding the Omega Esports roamer to just a kill, four deaths, and three assists in 17 minutes and 41 seconds of action.

He then used Atlas once again in Game Two and scored a neat KDA line of two kills and 10 assists without a single death. This time, though, he did it in just 12 minutes of game time while also limiting Ch4knu to five deaths and an assist.

All that, according to Owgwen, was just a product of his respect towards Ch4knu – who is considered as one of the best roamers that the Mobile Legends: Bang Bang esports scene has ever seen.

He also shared that he learned a lot from Ch4knu especially when he was still at the amateurs a few months back.

With the win, Owgwen and Bren Esports (8-5) climbed up to the fourth spot and tied ONIC PH (7-6) with 21 points each. They take on Nexplay EVOS tomorrow, Saturday at 5:00 PM.