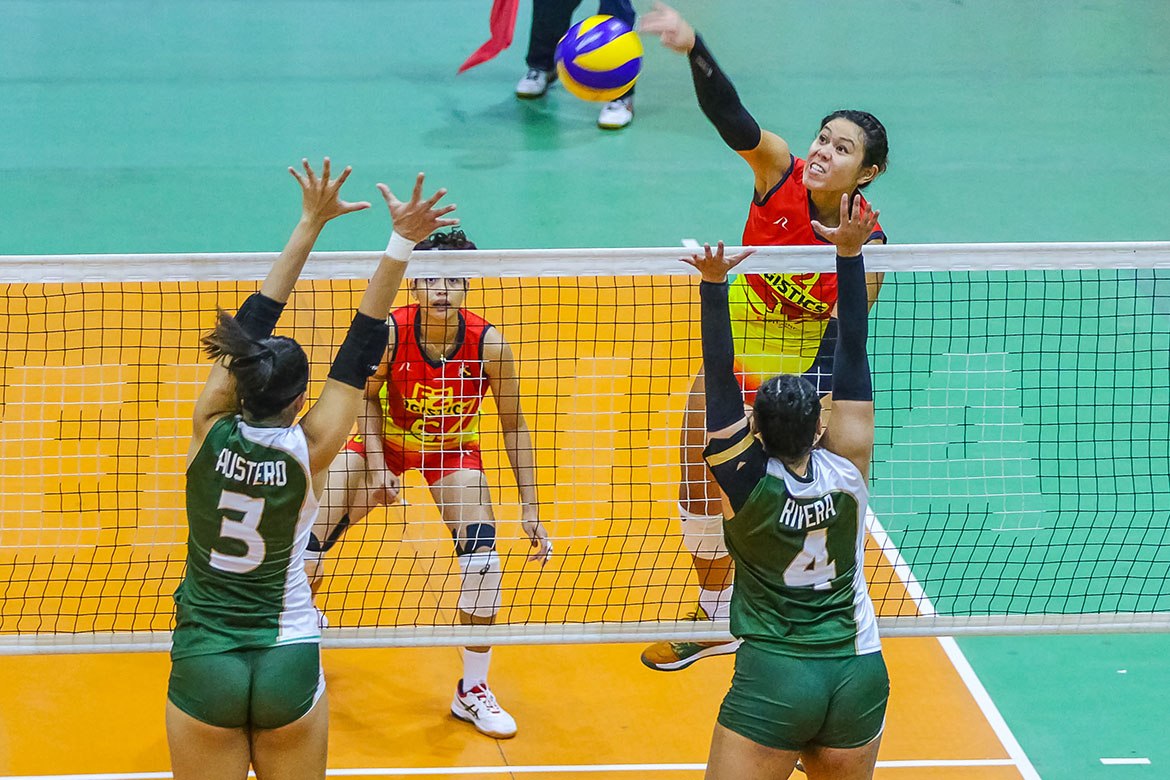 The Cargo Movers kept their record spotless after six games.

Still, F2 Logistics head coach Ramil De Jesus said that no matter how commendable their record may be in the elimination round, it won’t matter much in the next round. Instead, he wants his wards to build morale early in the season, which will come in handy come the latter stages of the tourney.

Except for a crucial juncture in the third set, the Lady Realtors never got close to the Cargo Movers late in each of the sets as F2 Logistics flaunted its high-octane offense over Sta. Lucia, which absorbed its fifth straight loss in six matches.

The Lady Realtors, however, hang on with the Cargo Movers midway into the third set after receiving leverage from a string of costly errors from the F2 Logistics’ side. After Desiree Cheng committed a service error, Sta. Lucia knocked within one, 16-17.

Though Kalei Mau unloaded a smash that restored order for her squad and incited a 3-0 run, it was still not enough to douse the fire out of Sta. Lucia. The Lady Realtors yet again trimmed the deficit to a solitary point at 20-21 but that proved to be their last hurrah, as Mich Morente catalyzed a match-clinching 4-0 spurt that sealed the deal for the Cargo Movers.

Ara Galang notched 10 of her 11 points in the spiking department, while team captain Aby Maraño added 10 points spiked by two blocks and an ace. Michelle Cobb glued things together for the Cargo Movers, tossing 20 excellent sets.

F2 Logistics will try to keep their slate spotless as they face the win-hungry Marinerang Pilipina on July 11, Thursday at the Muntinlupa Sports Center. Sta. Lucia, meanwhile, will seek a bounce-back win over Petron on July 13, Saturday at the Alonte Sports Center.

Sean Anthony’s injury a mystery even to him