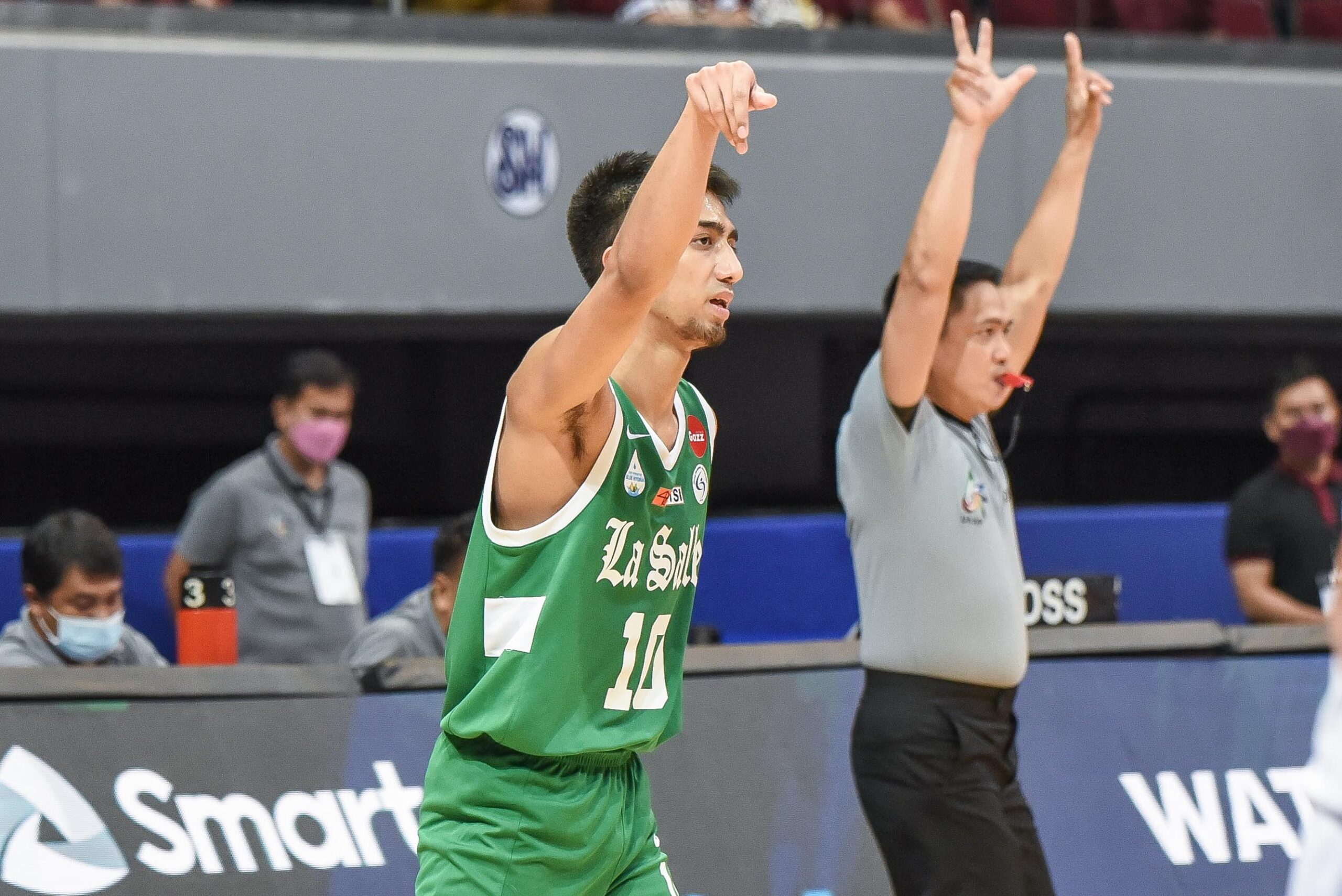 When Evan Nelle decided to leave the halls of San Beda University to transfer to De La Salle University and join Derrick Pumaren’s rebuild, he left under the cloud of losing to Letran College in the NCAA Season 95 finals and the fallout that ensued.

Becoming a Green Archer not only allowed Nelle to fulfill a childhood dream of wearing that Green and White jersey in the UAAP but also a chance to reboot his career.

Big things were expected from him and while the adjustment took time, he finally looks at home in the Taft school.

In La Salle’s do-or-die game against University of the Philippines in the Final Four of the UAAP Season 84 Men’s Basketball Tournament, the 5-foot-10 guard had a career game of 26 points, seven assists, six rebounds, and three steals in 30:14 minutes of action as the Green Archers successfully forced a rubber match. 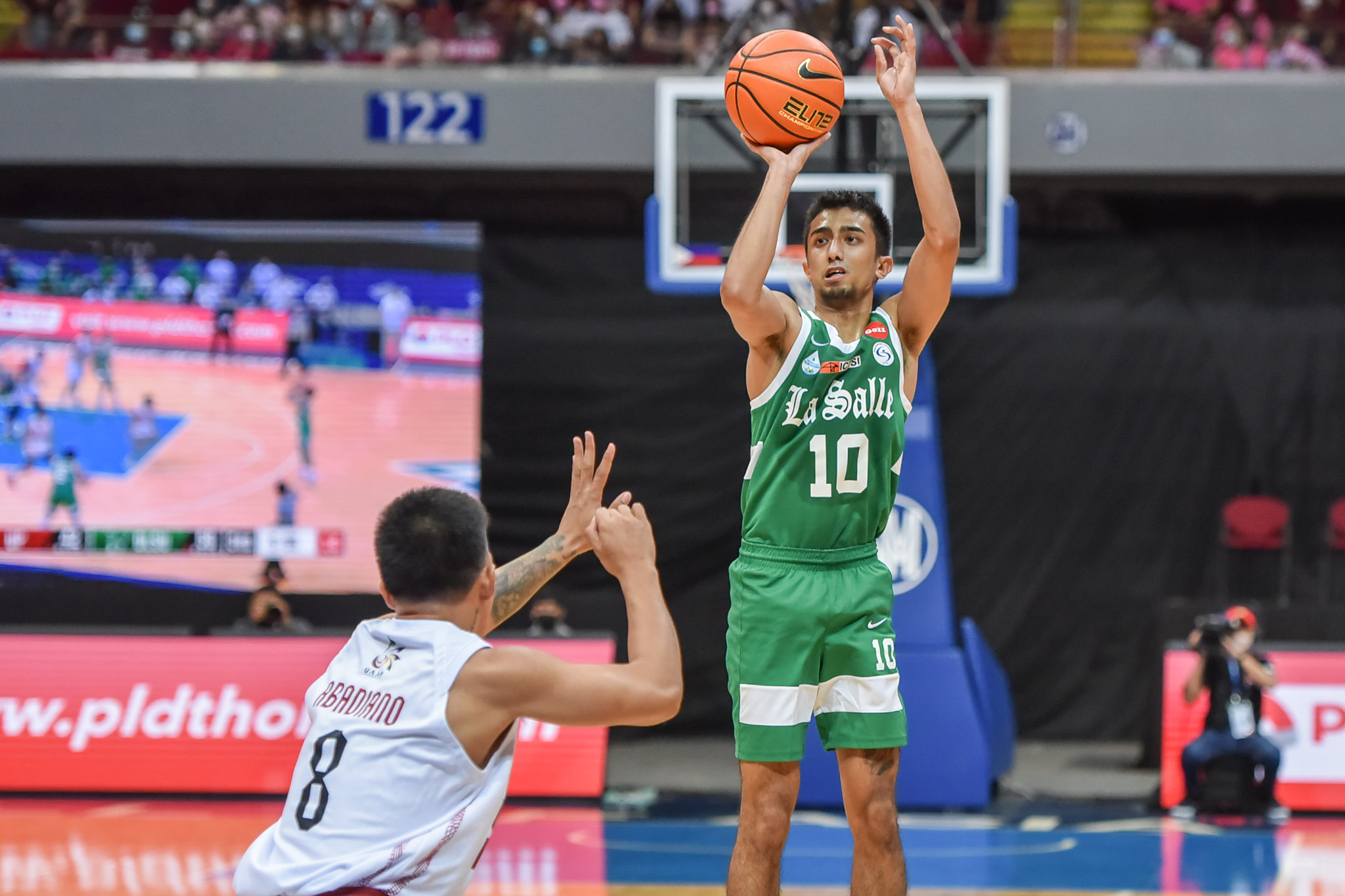 “I just got my shots going and I wanted my teammates talaga to get involved lalo na sila Justine Baltazar and Kurt Lojera. I wanted them to have a really good game. I wanted to set the pace, set the tempo,” said the 23-year-old Nelle.

“Control the game talaga yung nasa isip ko eh. Fortunately lang talaga, my shots were going in. But madami pa akong mali. I could see sa decision making ko, I just need to work on that and come back better on Friday.”

Amidst the high-stakes contest against the Fighting Maroons, whom the Green Archers failed to beat in their elimination round clashes, Nelle called the shots and and sank buckets for La Salle.

Shooting 61.5 percent from the field behind five-out-of-nine three-point shooting, the former San Beda standout is demonstrating that he is peaking at the right time this season.

However, he is not content with his performance. In fact, he wants to push harder and lead his teammates into giving everything on the floor. 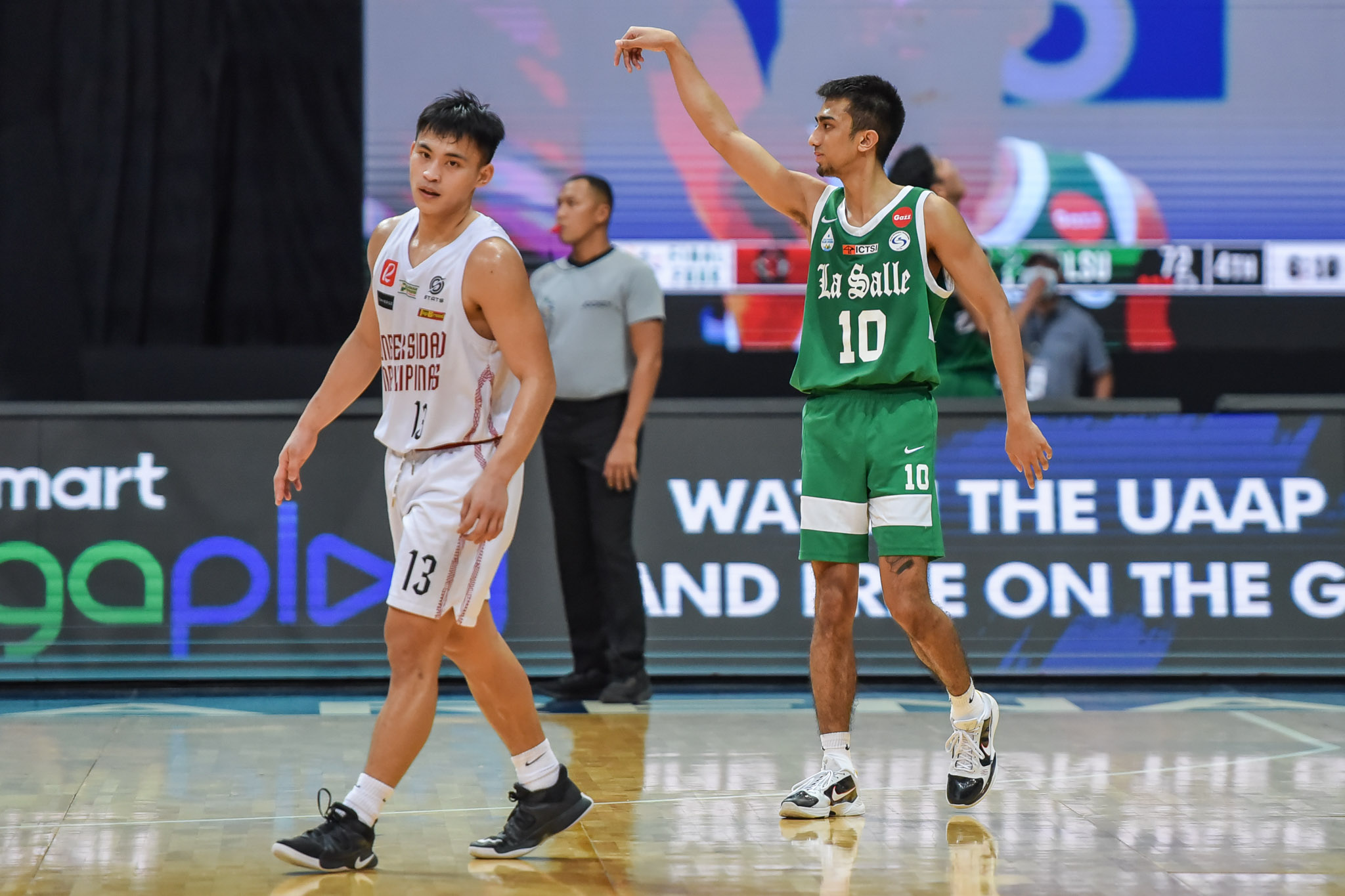 “I don’t want this to be my last game.

“We have a good bonding with my teammates and I don’t want to go home just yet. I want to go home after we win the championship,” said the NCAA Season 95 mythical team member.

“We’re just taking it day by day. We just want to win every quarter and sa fourth quarter, the only quarter that we lost. We still have a lot to learn.

Whatever happens in the Green Archers’ next game, Nelle has already left a good impression in his rookie year in the UAAP. The La Salle community has come to appreciate its new court general while he himself savours that recognition he is getting.

Ever the competitor, though, he refuses to fold when his team takes on UP on Friday. This is due to the fact that he has recognized a cause bigger than himself – winning for the people around him.

“I don’t think naman like it’s a really big thing. I just take it game by game. I just try to play my heart out. Yun lang,” said Nelle.