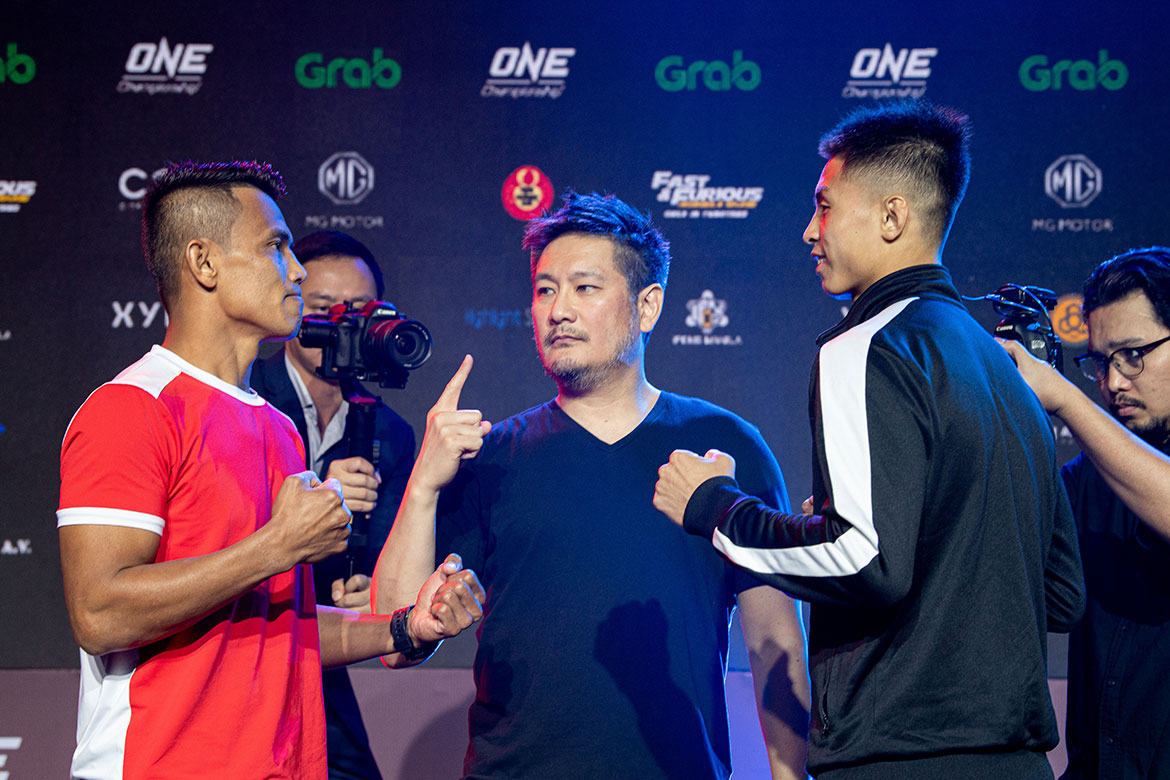 Team Lakay’s Edward “The Ferocious” Kelly is eager to return to action at ONE: Dawn of Heroes and show off his world-class talent against a streaking featherweight martial artist.

On Friday, August 2, the hard-hitting Filipino looks to collect his second straight win as he faces Xie “The Stalker” Bin of China in a three-round featherweight showdown at the Mall of Asia Arena in Manila, Philippines.

Kelly is aware of the tough match waiting for him in front of his hometown fans, but he is dedicated to snap his Chinese counterpart’s impressive run in the Home of Martial Arts.

Xie won his previous six matches, with the last five ending by TKO or submission. It was a magnificent run that started back in December 2016 after he scored a unanimous decision win over Mario Satya Wirawan of Indonesia at ONE: Age of Domination.

As a fan of the sport, Kelly is also impressed with Xie’s run, but the Team Lakay standout revealed that he has a perfect strategy to give his Chinese counterpart his first loss in the last two and a half years.

“He’s really good. Winning six straight in impressive fashion isn’t easy. However, when we meet on Friday, I’ll show him that I’m different from all the people that he’s faced,” Kelly said.

“I only have one strategy in our bout and that is non-stop action from the opening bell.”

Kelly understands the capabilities of Xie, but he is confident in himself that he can hang with the Chinese wherever the match goes.

“I know he’s athletic and talented, be it on the ground or in striking, but I’m confident that I can hang with wherever he wants to play in.”

Also impressive in his last outing when he defeated Sung Jong Lee of South Korea at ONE: Roots of Honor last April, Kelly believes that he can replicate the same performance or even surpass it when he meets Xie at the center of the ring.

READ  9-man NorthPort comes back from 21 down, beats Alaska in tuneup

With a little momentum running on his side, Kelly knows that an impressive win over an athlete who has won his past six matches would put him in a better position in the stacked featherweight division, possibly his dream title match.

“I want to be a World Champion so badly. Martin [Nguyen] is also competing this Friday, so I am always thinking of the possibility that I could be next in line if I win here convincingly,” Kelly said.

“I am ready. I worked hard in training alongside my teammates. I will do everything to get the win and continue my quest in becoming a World Champion.”

ONE: Dawn of Heroes will air on ABS-CBN S+A at 8:30pm Philippine Standard Time (PHT). For the prelims, watch on ONE’s Facebook and Twitter pages at 5:00pm PHT.

Also, you can get a ticket to see the show live in the Mall Of Asia Arena. Click here to get your ticket before they are all sold out.