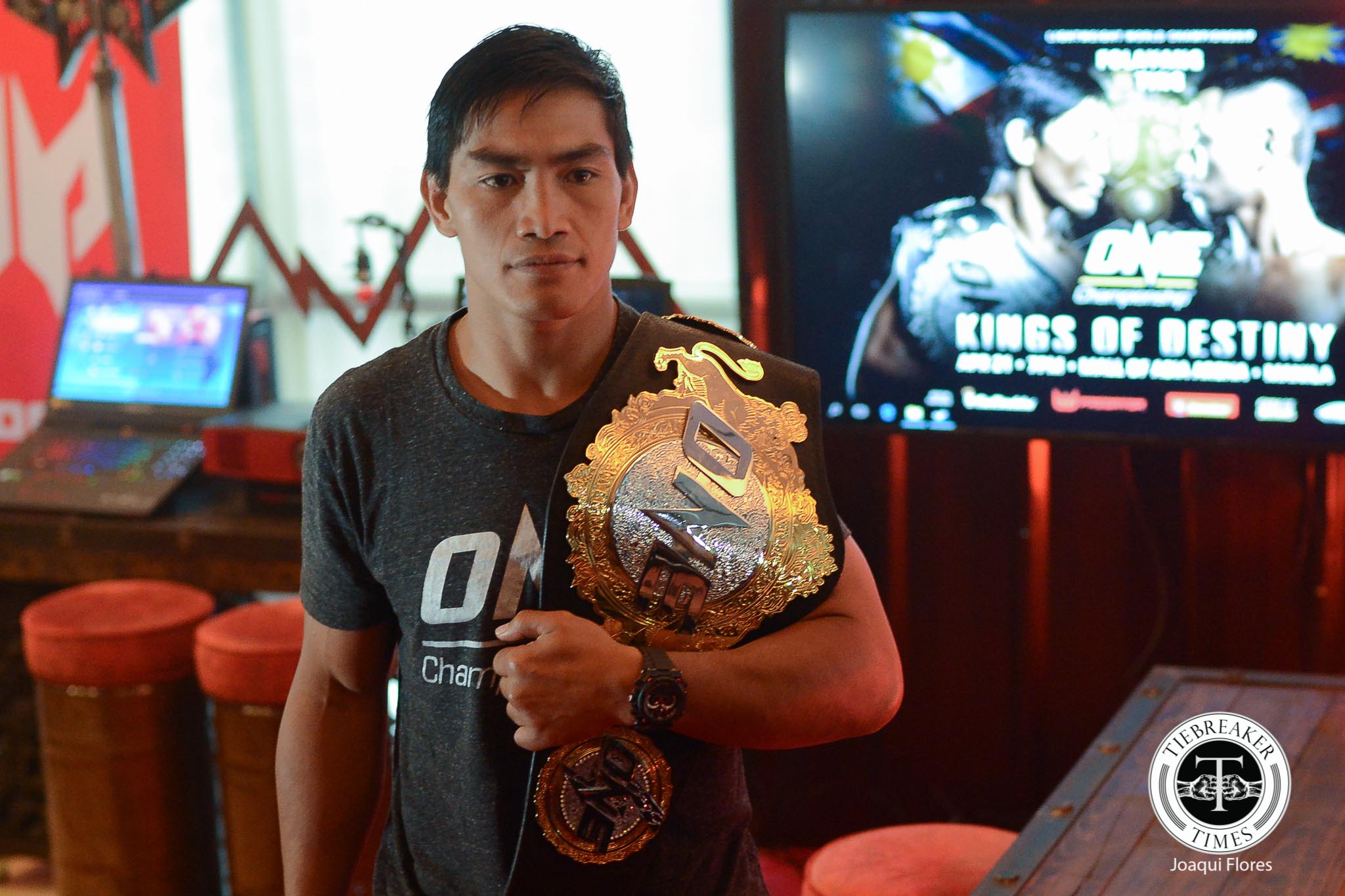 With a little more than two weeks to go til fight night, ONE Lightweight World Champion Eduard “Landslide” Folayang (17-5) is hard at work at the high-altitudes of Baguio City, Philippines.

Folayang will make his long-awaited return to the ONE Championship cage in Manila to defend the title for the first time against Malaysian star Ev “E.T.” Ting (13-3), a fighter who has proven to be a thorn on the side of Philippine MMA.

The 27-year-old Ting has had his fair share of run-ins with Filipino MMA fighters. Throughout his career, Ting has managed to deal losses to the likes of Eric and Edward Kelly, Cary Bullos, and even Folayang’s Team Lakay stablemate Honorio Banario.

Folayang realizes that to be successful against Ting, he has to make sure he comes in at his absolute best and prevent Ting from winning over another Filipino.

“I know the stakes. I know what’s riding on this fight. Ev (Ting) is coming for my belt, he’s coming to take what I’ve worked so hard for my entire career,” the world champion shared.

“There is no way I’m just going to let him take it. It’s not going to be easy, that’s for sure.”

By all accounts, Folayang seems on the right track. Team Lakay head coach Mark Sangiao certainly seems to think so. Sangiao believes that fans can expect a stand-up war when Folayang and Ting finally climb inside the ONE Championship cage.

Although he may have a friendly and boyish demeanor outside the battleground, Folayang reveals that inside the cage it’s different.

“When I enter that cage, my entire mindset changes. The time for being nice and playing games is over. Once that cage door closes, my focus shifts entirely to battle. It’s different because it’s just like taking final exams, if I don’t take it seriously, I myself will fail. Only one guy gets to walk out of the cage a winner, so I make sure that guy is me,” said Folayang.

“Outside the cage, I don’t know Ev personally but I think he is a stand-up individual. Once we step inside those steel doors however, it’s time for the Landslide to take over. I put everything into my performance. All the months of hard work and sacrifice boils down to just one night so I have to make it count.”

The two fighters are well-rounded, with strengths in both striking and grappling. Folayang has won six of his total bouts by knockout and two by submission, while Ting spreads it out more evenly with 4 wins apiece via knockout or submission. But both fighters have also shown the ability to go the distance and do what it takes to win.

It’s an amazing matchup on paper, and one that should reap excellent results once the sound of the first bell rings.

More than championship, Perkins happy to have confidence back