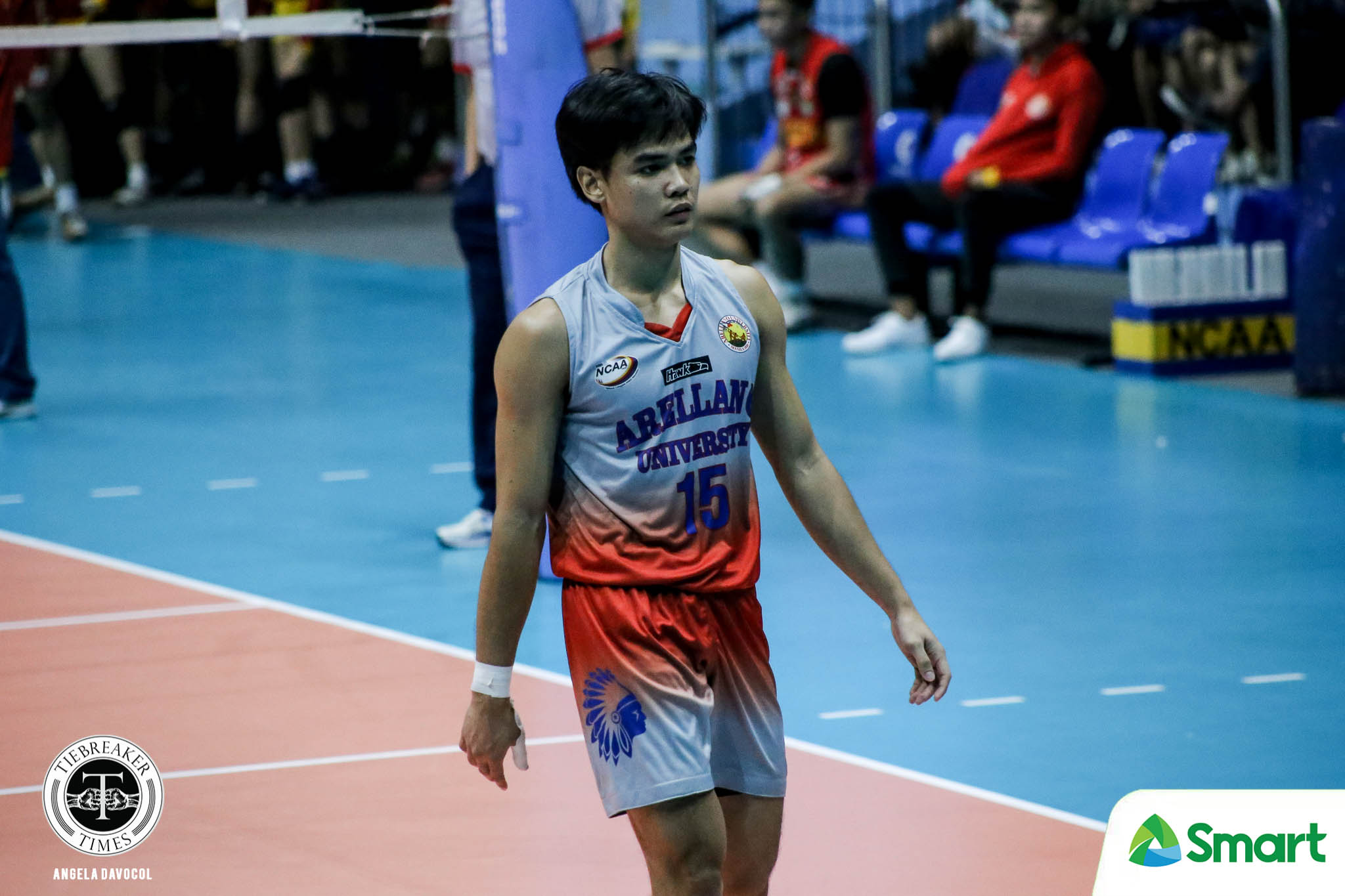 Still, Arellano head coach Sherwin Meneses refused to hide his dismay with the way his wards allowed the Golden Stags to push them to the brink. But then, he chose to look at the brighter side.

In the pressure-laden fifth set, Dela Paz was a steady force for Arellano. He pummeled eight huge points in the said stretch, a couple of which whittled away a slim 11-9 Golden Stags’ lead that brought things back to square one.

Both teams then traded blows, culminating to another stalemate at 13 before Dela Paz hammered one in to buoy Arellano at match point. Dom Ramirez refused to go down just yet, though, responding with a kill of her own to forge a deadlock.

Dela Paz then displayed nerves of steel once again after striking first in the two-to-win situation. His momentum-swinging attack slammed the door shut at the Golden Stags, setting up Demy Lapuz, who locked the door for good with an off the block hit in the ensuing sequence.

Complimenting the stellar offensive outing of Dela Paz, Jesrael Liberato provided stability with his net defense. He collected five of his team’s 12 blocks en route to 16 markers. Lapuz, who stood his ground in the rubber set, contributed 12 points.

Edmark Meneses ably distributed the wealth for Arellano, orchestrating their scoring thrust to the tune of 30 excellent sets.

On the other hand, San Sebastian could not capitalize on its breakthrough win last Tuesday, falling down to the seventh spot with a 1-3 card.

David Honra saw his 25-point outing go down the drain. James Lana put up 20 markers in a losing cause, while Ramirez scattered a 17-point, 14-reception, 12-dig triple-double performance that also went for naught.

Arellano seeks to sustain momentum when it collides with San Beda on Monday, January 27. Meanwhile, San Sebastian will take on St. Benilde on Tuesday, January 28, for a bounce-back win. Both matches will be played at the same venue.