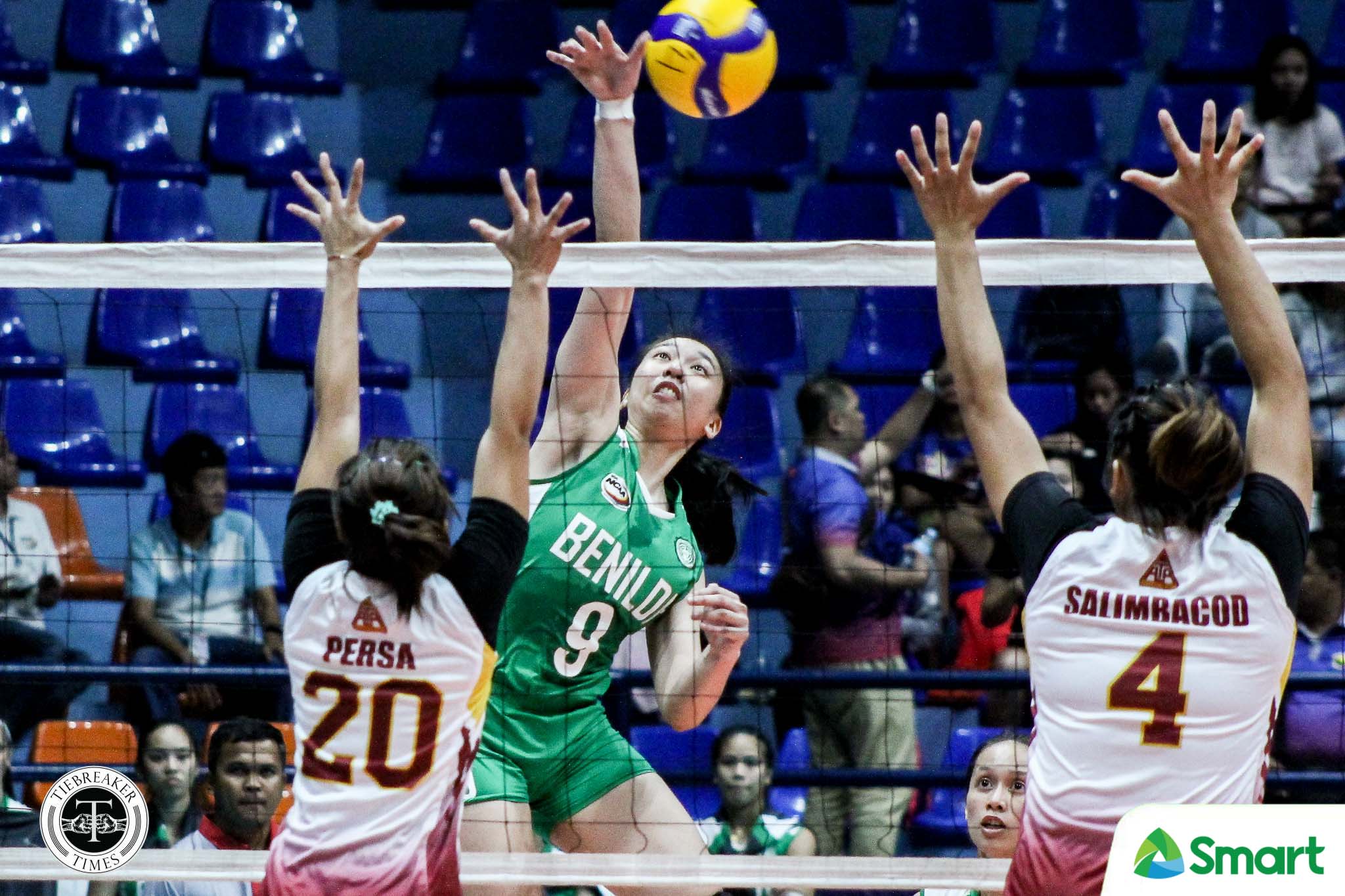 College of St. Benilde made sure to send a statement when it opened its NCAA Season 95 campaign, Friday afternoon.

After flashing their brilliance in the off-season, the Lady Blazers proved true to their billing, stunning last season’s runners-up University of Perpetual Help DALTA Lady Altas, 25-17, 14-25, 25-17, 25-20, at the FilOil Flying V Centre.

Knotted at 12-all in the fourth frame, St. Benilde head coach Jerry Yee — who went with the young guns in the early-goings — rejigged his rotation. He fielded in Jewel Lai and Klarisa Abbriam, who was nursing an ankle injury. The veteran setter-wing spiker duo made the difference, as the Lady Blazers created crucial separation, 17-12.

Still, the Lady Altas refused to back down. They slowly chipped away at the deficit, knocking within three, 17-20.

From that point onward, the errors dictated the outcome at the critical juncture of the match. Both teams exchanged a series of botched attempts at the service area, pushing the count to 24-19 in favor of St. Benilde.

Abriam then misfired in the ensuing sequence, sailing the ball wide and giving Perpetual a glimmer of hope. However, Dana Persa committed a fatal attack error that blurred their hopes of a comeback.

In St. Benilde’s breakthrough victory, it was the rookies in Gayle Pascual and Mycah Go who carried the cudgels.

Coming from UST, Pascual made quite an impression. She top-billed with 15 points built on 14 attacks and an ace.

On the other hand, Go — who went down with an injury in the latter stages of the PVL Collegiate Conference — also made her presence felt with eight markers, seven excellent receptions, and 15 excellent digs.

Jade Gentapa and Diane Venture also contributed to St. Benilde. The former had 12 points and 14 excellent digs, while the latter contributed nine markers.

Meanwhile, Perpetual uncorked a balanced offensive thrust with nine Lady Altas logging a point in the match despite the loss.

Jhona Rosal topped her team with a double-double of 14 points and 10 excellent digs. Persa and Bianca Tripoli chimed in 10 markers each in a losing cause.

The Lady Blazers look to keep their momentum rolling when they take on the Mapua Lady Cardinals on Monday. The Lady Altas, on the other hand, try to barge into the win column against the Letran Lady Knights on Tuesday. Both matches will be played at the same venue.