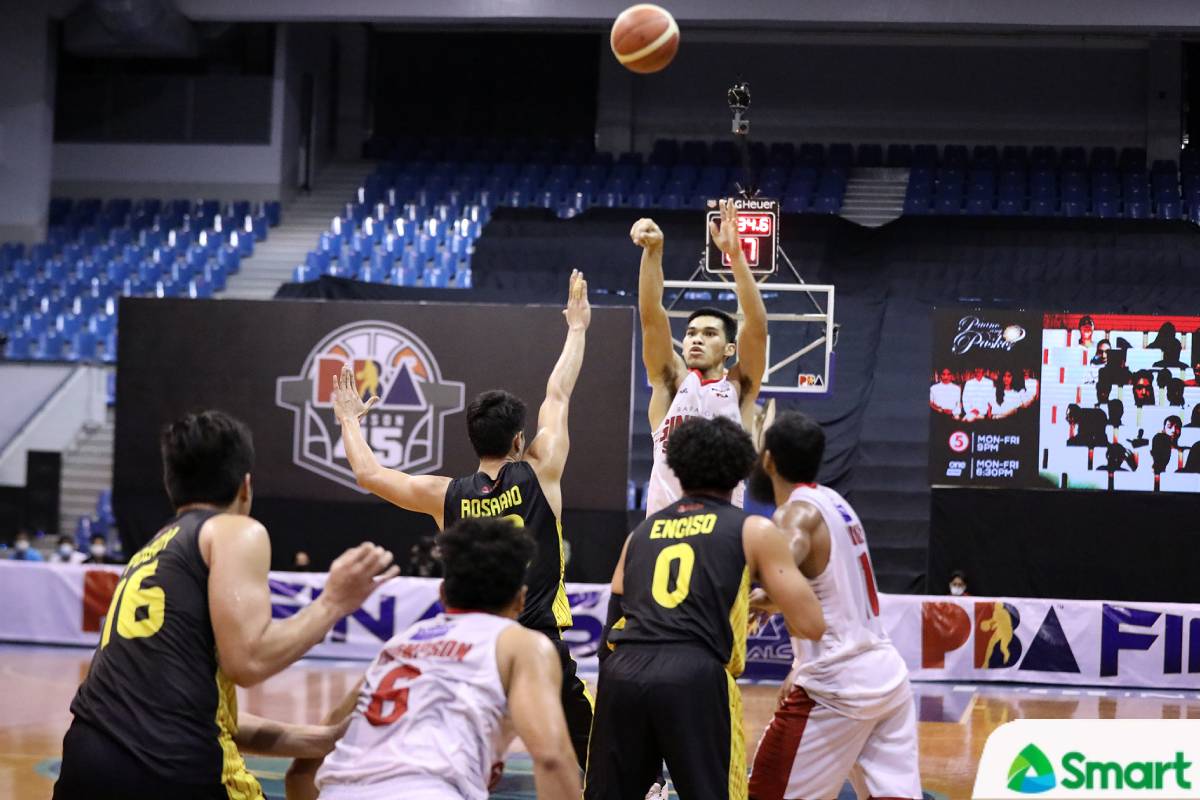 Head coach Tim Cone said that the 6-foot-3 forward is set to miss several weeks as he continues to recover from the removal of bone spurs on his foot.

“We’re gonna miss him for probably most, if not all the conference,” he said Friday moments after the Gin Kings’ 96-81 win over Blackwater.

“He had to go through a second surgery just before the conference started. So that’s going to put him out for six to eight, maybe even 10 weeks. So that could be the whole conference.”

Cone lamented how much the Barangay will miss the presence of the 28-year-old, who’s been key behind their championship runs in past seasons, most notably their conquest of the Philippine Cup bubble last year versus TNT.

“That’s a guy we really miss because he lends a lot of toughness to us. He gets to places and balls that nobody else does, normally. He’s kind of the forgotten man in all of our success that we’ve had over the last two conferences.”

Mariano was among those not included in Ginebra’s lineup released before last week’s season opener, together with Art Dela Cruz and Mark Caguioa.

Cone, though, said that the Gin Kings are just waiting for the versatile Dela Cruz to recover from a sore hamstring.

“Art, we’re just waiting on him. He has a sore hamstring. He could return at any time,” he said. “But we gotta get him back into practice first and get him some run up and down the floor.”

As for the 2012 MVP, Cone said that he is still in the States, but he will be welcomed immediately the moment he returns.

#ReadMore  With Phelps' return, Vanguardia hopes to get that elusive playoff win

“Mark communicated with us a couple of days ago. He still needs a little bit more time in the US at this point. The management is supportive of him and all that is going on in his life at this moment. And all the players are,” he said.

“When Mark comes back… He’s such a great chemistry guy. Everybody loves Mark Caguioa. So when he comes back we’ll have our arms wide open for him.”