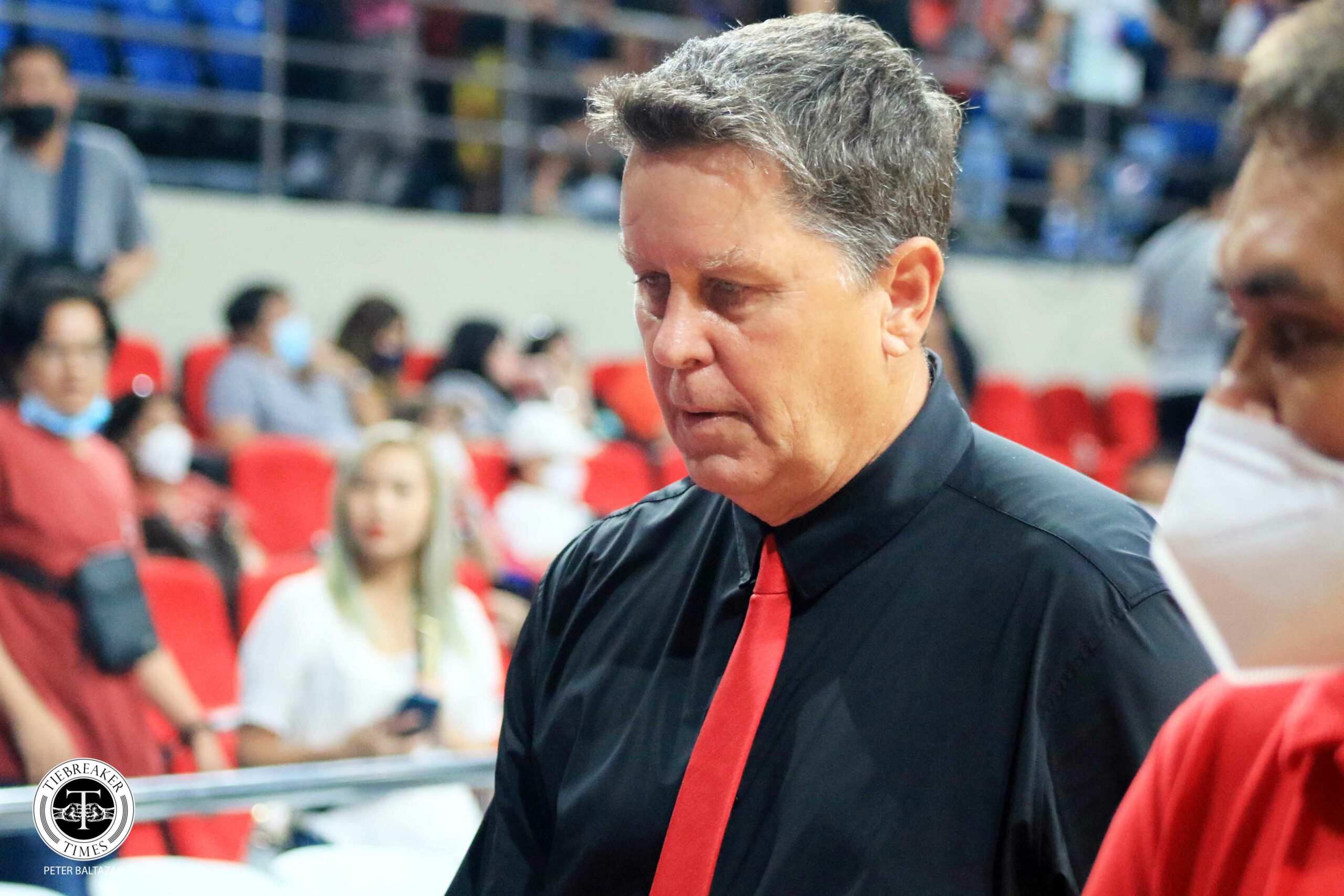 Coach Tim Cone will be rooting for a long-time nemesis as Ginebra hopes to clinch the no. 2 seed heading into the PBA Commissioner’s Cup quarterfinals.

Although it is no longer in their hands, the Kings can still finish that high should Magnolia bow to Rain or Shine in the final game of the eliminations on Friday.

The Hotshots are currently second in the standings with a 9-2 record, with the crowd darlings (8-4) sitting right behind them. The latter will take their spot with a loss to the Elasto Painters by virtue of the win-over-the-other rule.

The Barangay wrote the most recent chapter of their Manila Clasico rivalry in its favor, 103-07, last October 24.

So, the league’s most accomplished mentor will be cheering for Yeng Guiao – a familiar foe that he lost to in a championship bout about a decade ago. He will also be hoping as well for his former team to lose to get the playoff edge.

“Sorry Mark [Barroca] and Rafi [Reavis] and all the guys I used to coach over there, but we’re going to be cheering madly against you on Friday,” Cone quipped after Ginebra’s 115-96 win over Converge Wednesday.

“Coach Yeng has always come up with great games. So we’re going to be cheering for Coach Yeng. Probably, the only time in my whole life, I will. Except when he was with the national team,” he added with a smile.

It sure is nice to finish at no. 2 but as he had said previously, Cone reiterated that Ginebra will not think too much about it. He added that they already feel lucky not to slip to a lower spot entering the next round.

Should the team fall short of finishing at 2, the Kings will clinch the 3-seed, where they will face the no.6 team in a best-of-three series.

“We’re not going to worry too much about it,” he said. “We prefer two, but we’re okay at three. We’re just glad we didn’t slip down to seven or eight and have to play Bay Area or someone like that [who’s] twice-to-beat.

“Right now, it’s difficult to prepare because we don’t know exactly where we are, who we play yet, and we don’t even know when we play yet. So we have to wait and see what happens with all the other teams.

“But, we do know we’re the No. 2 or 3 so we’ll try to figure out, put it down on paper, try to figure out where everybody is, and try to pick out the most likely guys to prepare for and start preparing for them,” he added.