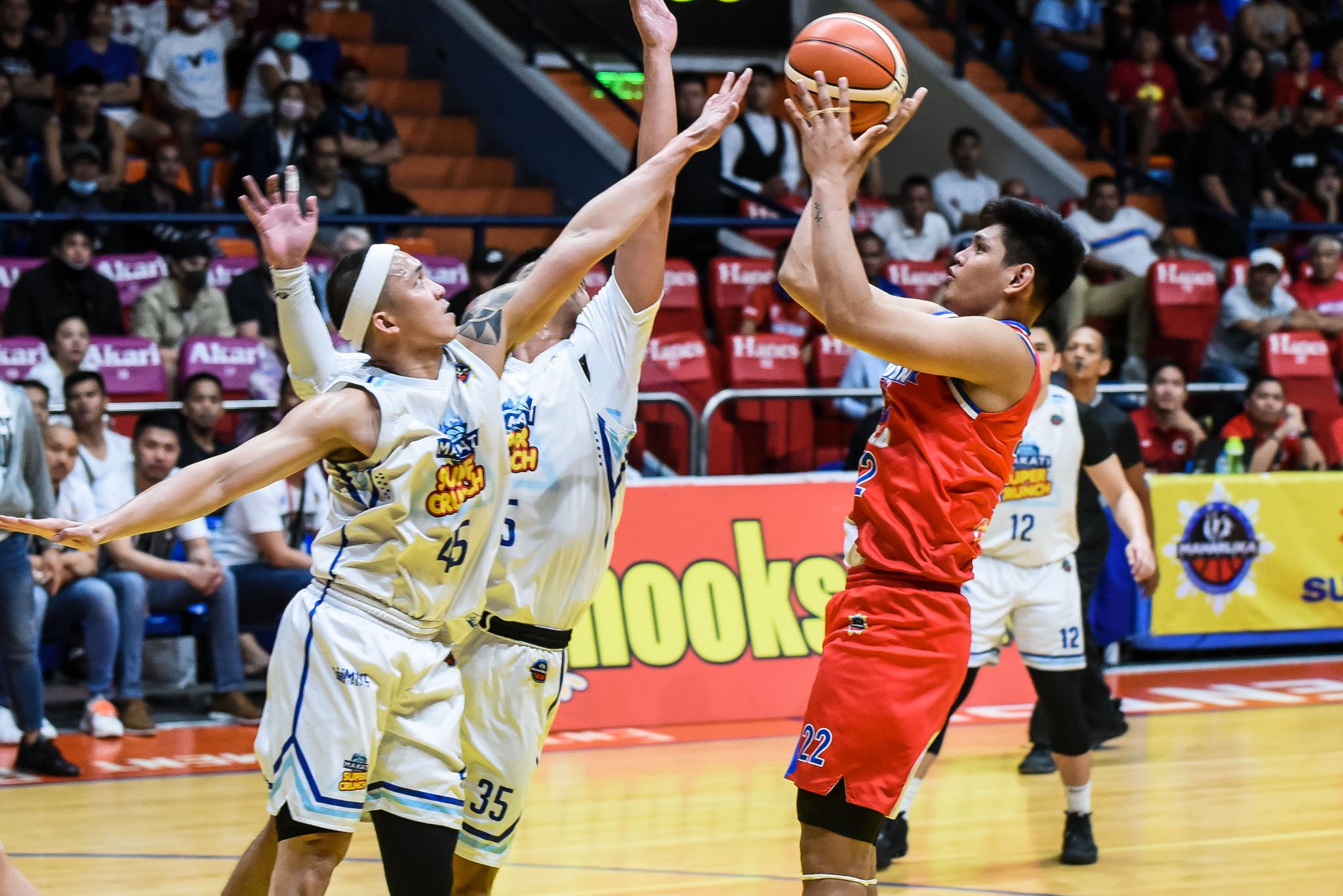 Trailing 46-51 late in the third period, San Juan unleashed 10 unanswered points to end the quarter ahead, 56-51.

The Knights then wreaked havoc defensively in the fourth frame. They limited Makati to just a field goal and a freebie in the first 8:08 of the period, while scoring 15 to build a 16-point advantage with 1:52 left, 71-55.

Jhonard Clarito was solid in the paint, just missing a 20-20 game with 19 points and 18 rebounds, alongside four assists and two steals.

San Juan moved to 10-0 when playing on their home turf.

On the other hand, Joshua Torralba only got seven points on a dismal 3-of-13 clip.

The Knights look to close out the series on Wednesday at the Makati Coliseum.