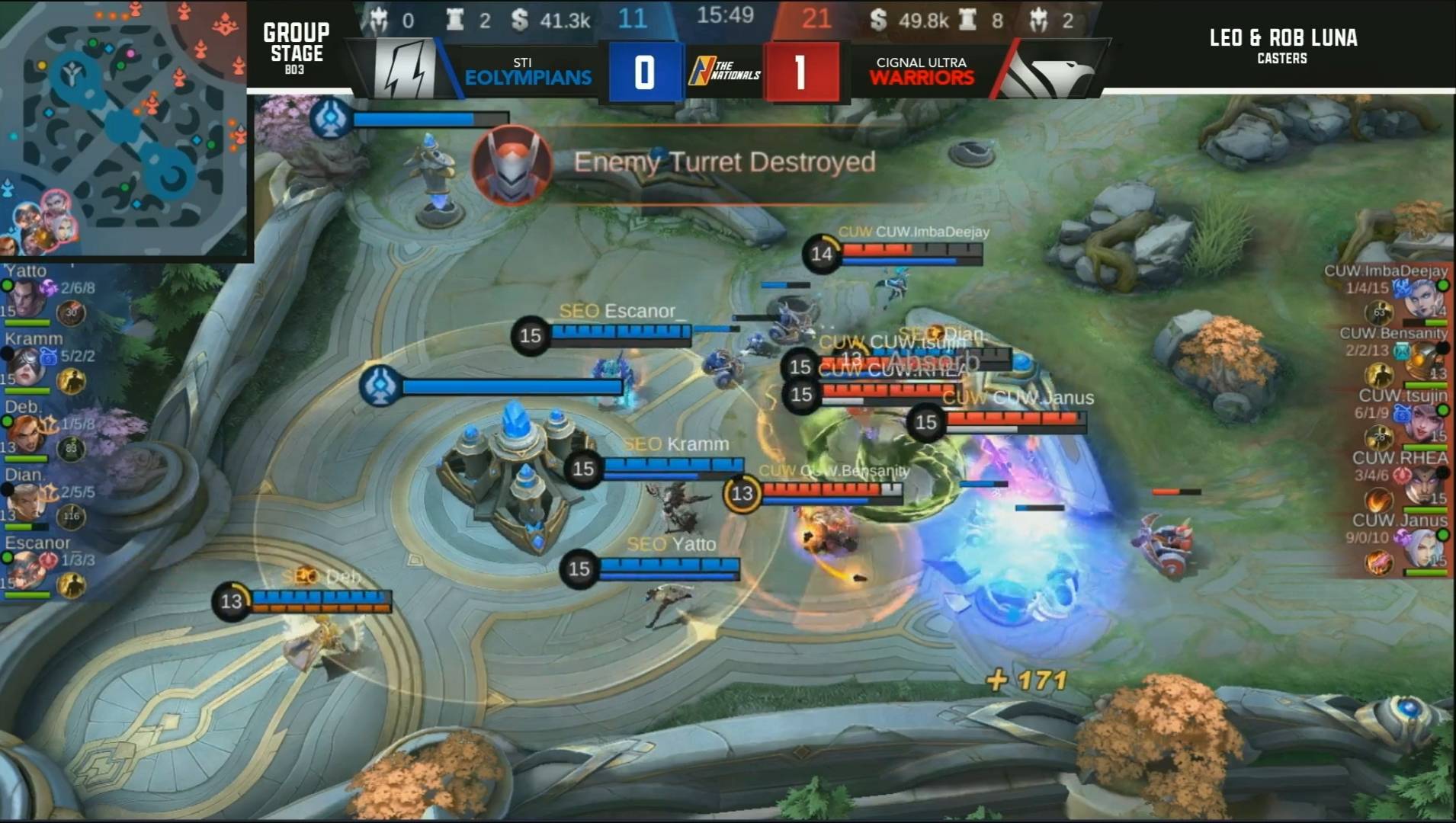 Tsujin had his moment for the Warriors in Game One, piercing through the E-Olympians with his Wanwan. He put up a clean 3-0-5 kill-death-assist tally to help Cignal book the opener.

It was a dominant affair for the Warriors, but the ULVL-backed squad was able to fight a bit more in Game Two. Unfortunately for them, though, Janus was there to save Cignal.

The rookie core put up 12 kills, a death, and 12 assists playing Ling. He also had a total net worth of 15,508 in the series-clinching match.

With the victory, Cignal upped its score to nine points through an 8-11 standing. This puts the Warriors three points behind the Laus Auto Group Playbook Esports and STI, who tied at the third place with 12 points each.

In the other match, Smart Omega vented its ire on Happy Feet via a 2-0 sweep.

KurTzy stepped up for Omega, playing the core position in Games One and Two. Toshi then assumed the role in Game Three to help Omega secure the series.

Omega sat out Hadjizy in all three matches. Yellyhaze completed the five-man lineup which also has Kenji and Heath.

The Smart-backed squad upped its tally to 21 points through a 15-5 record to solidify its hold of the number one spot. Meanwhile, Happy Feet remained dead-last with three points and a 3-14 standing.