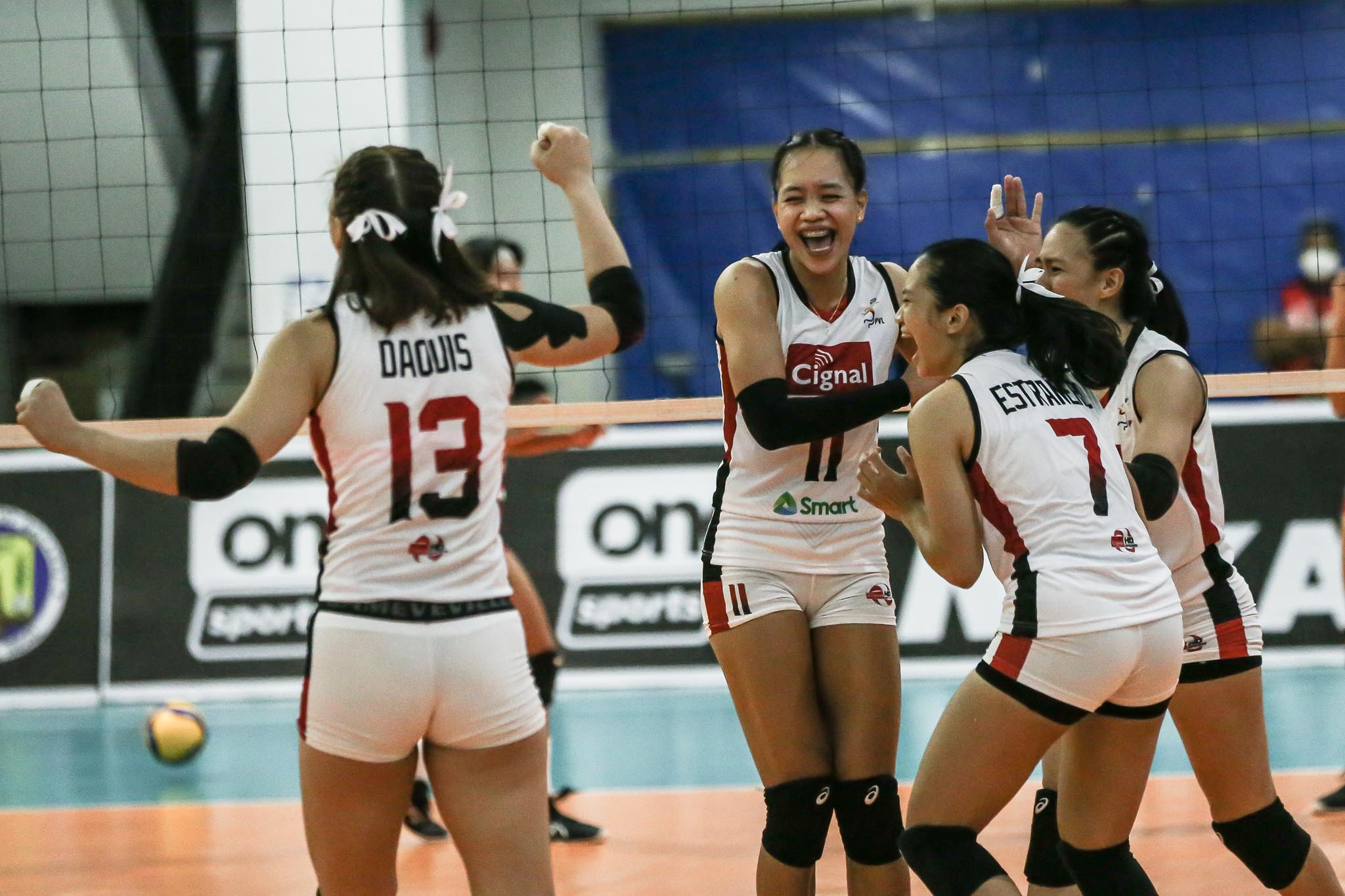 BACARRA, ILOCOS NORTE — With Perlas still out of the league schedule due to health and safety protocols, Cignal made sure to express their support to the squad by wearing white ribbons on their heads in their match against Chery Tiggo on Monday, here at the PCV Socio-Civic and Cultural Center.

Two days ago, the Premier Volleyball League postponed all scheduled games of the Perlas Spikers indefinitely after a member of the team’s delegation yielded a positive RT-PCR test.

Perlas was initially booked to play in the Open Conference’s historic opening day against Cignal.

Perlas has been through plenty in the last several days. The team had to halt their ongoing bubble training at Baguio after seven players and one member of the coaching staff tested positive to the virus.

Now inside the PVL bubble, Perlas will have to wait before finally hitting the court.

So, for Daquis and the rest of the HD Spikers, it is just their way of showing the unity of all the teams, especially in trying times like these.