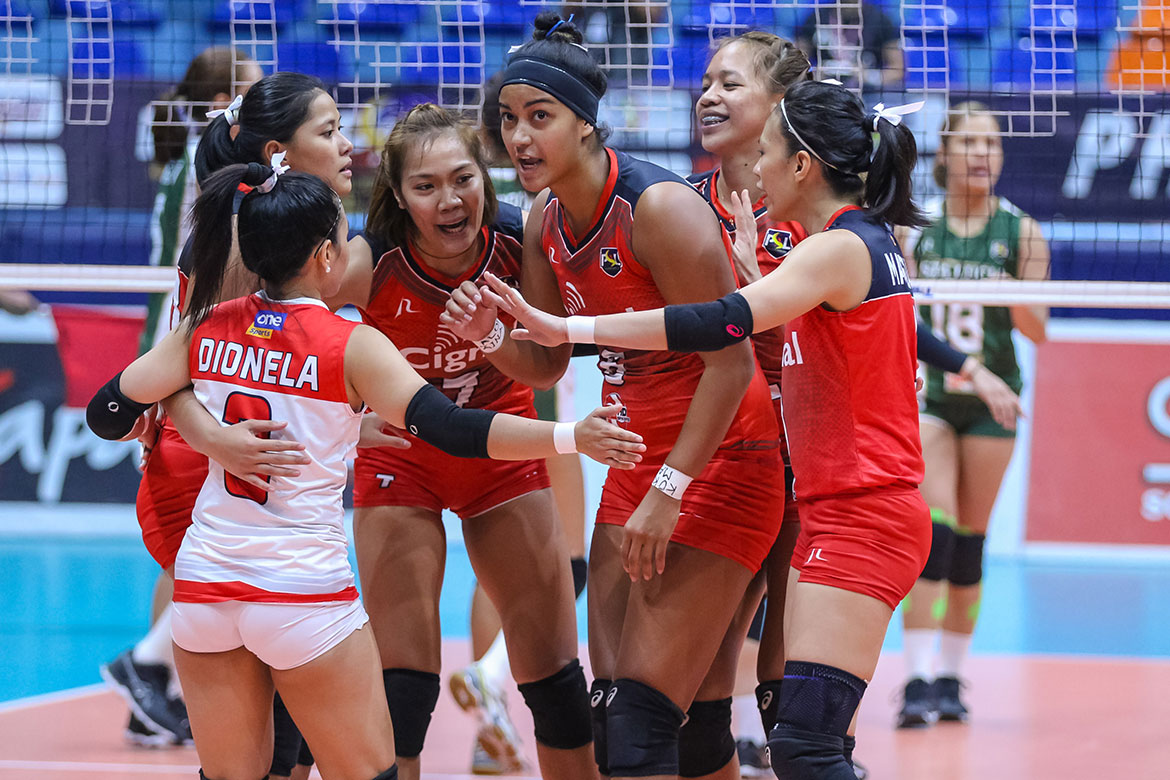 Coming off a heartbreaking defeat to Petron last Thursday, Cignal assistant coach Rico De Guzman, who is calling the shots in lieu of Edgar Barroga as he is calling the shots for the Philippine team in the ASEAN School Games, opted not to play Rachel Daquis and Jovelyn Gonzaga and decided to dig deep into his bench.

After an hour and 12 minutes of play, his wards paid off the good faith and delivered the victory that hiked Cignal record’s to 4-5.

Despite taking the first and second sets in dominant fashion, the HD Spikers needed to stave off a feisty Lady Realtors in the third frame to come up with the win.

Tied at 16-all, Fil-Hawaiian setter Alohi Robins-Hardy went on attack mode, hammering hit after hit to create separation for the HD Spikers. Though a late Sta. Lucia neared the score count in the third stanza, Myla Paat nailed the match-clincher.

Paat led all scorers with 12 points built on nine attacks and three blocks for Cignal.

Robins-Hardy supplied 10 points, four of which coming from aces, to go along eight excellent sets while May Luna chipped nine points.

On the other hand, the Lady Realtors, who have dropped to a 1-10 card, have no attacker in double-digits.

Roselle Baliton and Joy Dacoron had six points each. MJ Phillips, who only played in the third set, finished with six points as well.

Cignal looks to bolster its bid as it faces a win-hungry Marinerang Pilipina next week Saturday at the FilOil Arena. Meanwhile, Sta. Lucia will try to arrest its skid against PLDT on Tuesday at the Muntinlupa Sports Center.