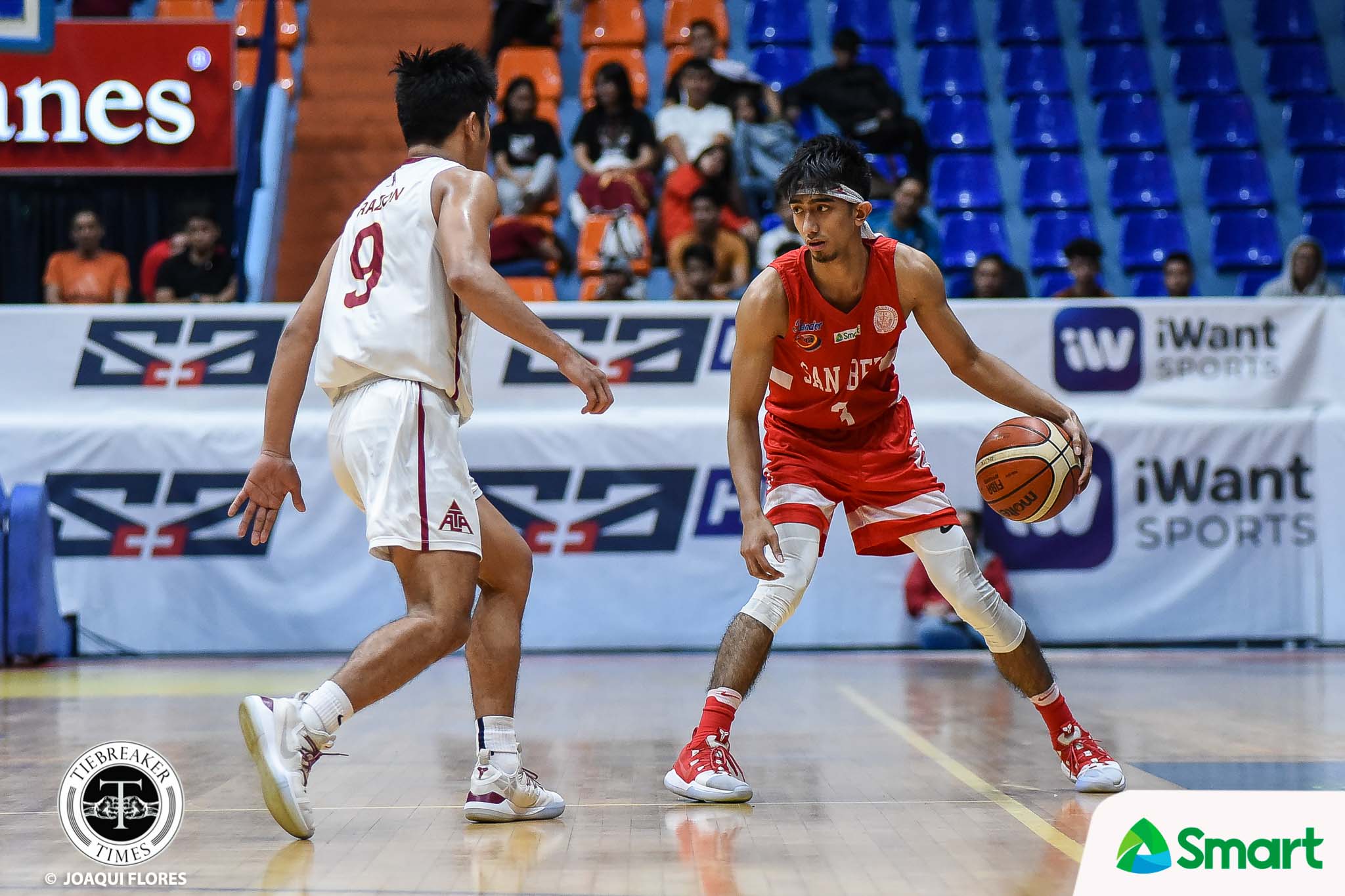 Evan Nelle started his second season in the seniors’ division with Robert Bolick-sized shoes to fill.

Nearing the end of the eliminations in the NCAA Season 95 Seniors’ Basketball Tournament, it’s pretty clear that Nelle has been filling them just fine.

San Beda’s homegrown product is now fulfilling his promise. He seamlessly has transitioned from their storied high school program to their dynastic college team — becoming their brand new floor leader who can make plays for his teammates just as well as he can take shots for himself.

With Nelle — the league’s assists leader — running the show, the Red Lions remain undefeated through 16 games. They are also two wins away from a clean sweep of the eliminations.

Two of the most recent wins were also two of the 5-foot-11 playmaker’s best performances — more than enough for him to be worthy as the latest Chooks-to-Go Collegiate Press Corps NCAA Player of the Week.

Even more impressive, he had no turnovers in 34 minutes of action.

“I really prepared for that game kasi nung first round, they hounded me and gave me a really hard time setting up our plays,” he said about his strong showing, which was Exhibit A in his case for the weekly award determined by print and online writers covering the Grand Old League.

“So nung second round, pinaghandaan ko talaga sila. I’m proud of myself kasi having no turnovers against a really great defensive team is something good.”

Three days later, the 21-year-old then tallied 14 points, eight assists, three rebounds, and two steals in their triumph over red-hot-Mapua.

Without a doubt, Nelle is making the most out of his opportunity to be the latest in a long line of great San Beda point guards. Still, he knows full well he has plenty of room for improvement.

“I wouldn’t have all those assists if it weren’t for my teammates kasi sila yung sumu-shoot eh,” he said as he bested fellow Red Lion and “Bandana Bro” James Canlas; Lyceum’s Jaycee Marcelino; San Sebastian’s Alvin Capobres; and Perpetual’s Kim Aurin for the recognition.

“I just try to make the best play possible, but I have a really long way to go pa to be the best.”