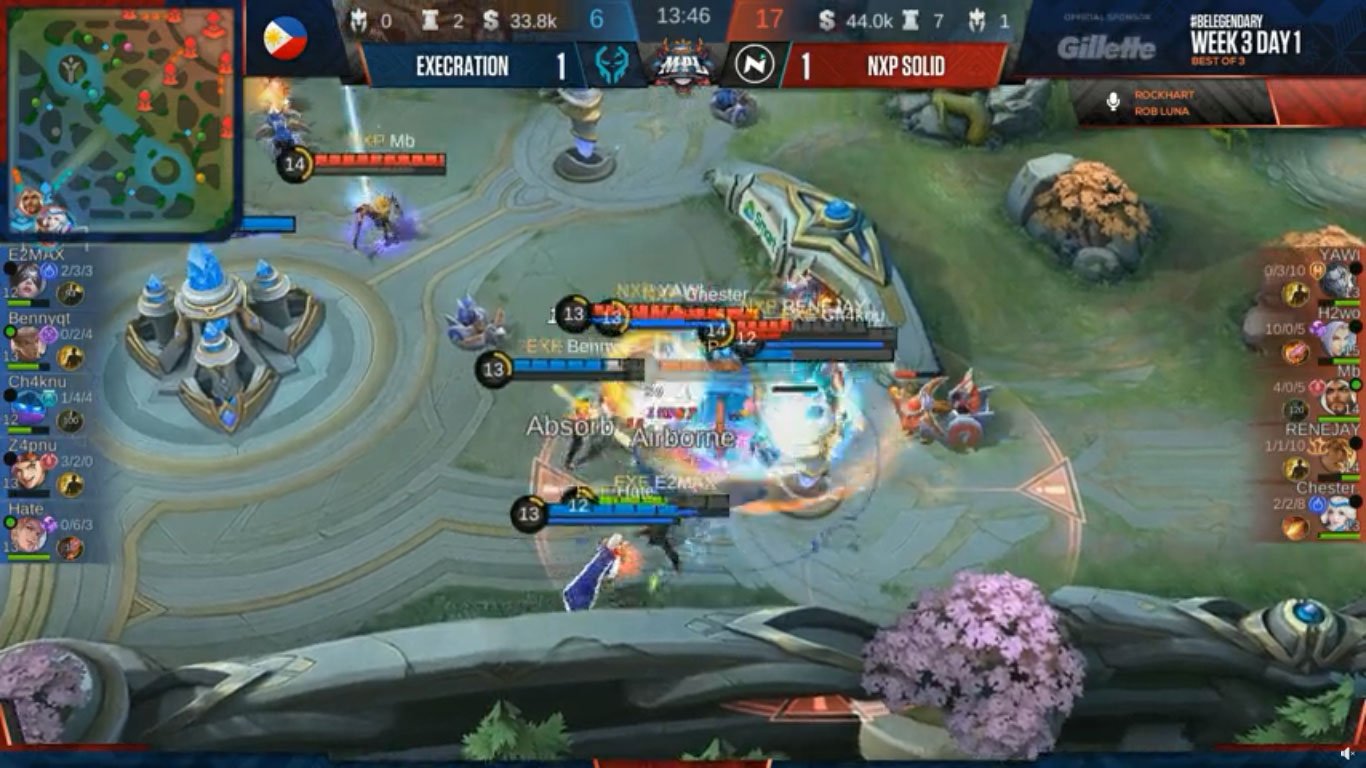 In one of the most anticipated matches in the Mobile Legends: Bang Bang Professional League-Philippines Season Six, Ch4knu staged Execration’s thrilling 3-1 come-from-behind victory against NXP Solid, 2-1, in the third week of the regular season.

And Execration made it possible in front of 672,000 viewers online.

Taking the early game advantage through the efforts of Yawi (Khufra) and H2wo (Ling), NXP Solid put up an almost-10,000 gold advantage at the 13:27-mark of the game, while also taking down the lord in hopes of closing out the game.

With this, NXP Solid was bound to get the victory, given that Execration only had three remaining turrets in the game — including the throne.

Execration was poised to go down, up until Ch4knu (Atlas) did the impossible.

With Execration forced into a defensive stance, Ch4knu made the biggest play when he caught H2wo with the fatal links. He threw H2wo and Renejay (Gatotkaca) under the tier three turret at the bottom lane, resulting in a triple kill for E2max (Pharsa). Z4pnu (X.borg) and Hate (Lancelot) then took care of the remaining two for a five-man wipe.

The clash turned things around for the Execration side, as they were able to march onto the mid lane and end the game right away.

Execration is now tied with Aura PH at the top of Group A with identical 3-1 records.

In the second game, BREN Esports again dominated after sweeping BSB, 2-0, to remain at the top of Group B.

BSB, who remain winless with a 0-5 card, was led by Drixx had 12 kills, three deaths, and two assists.