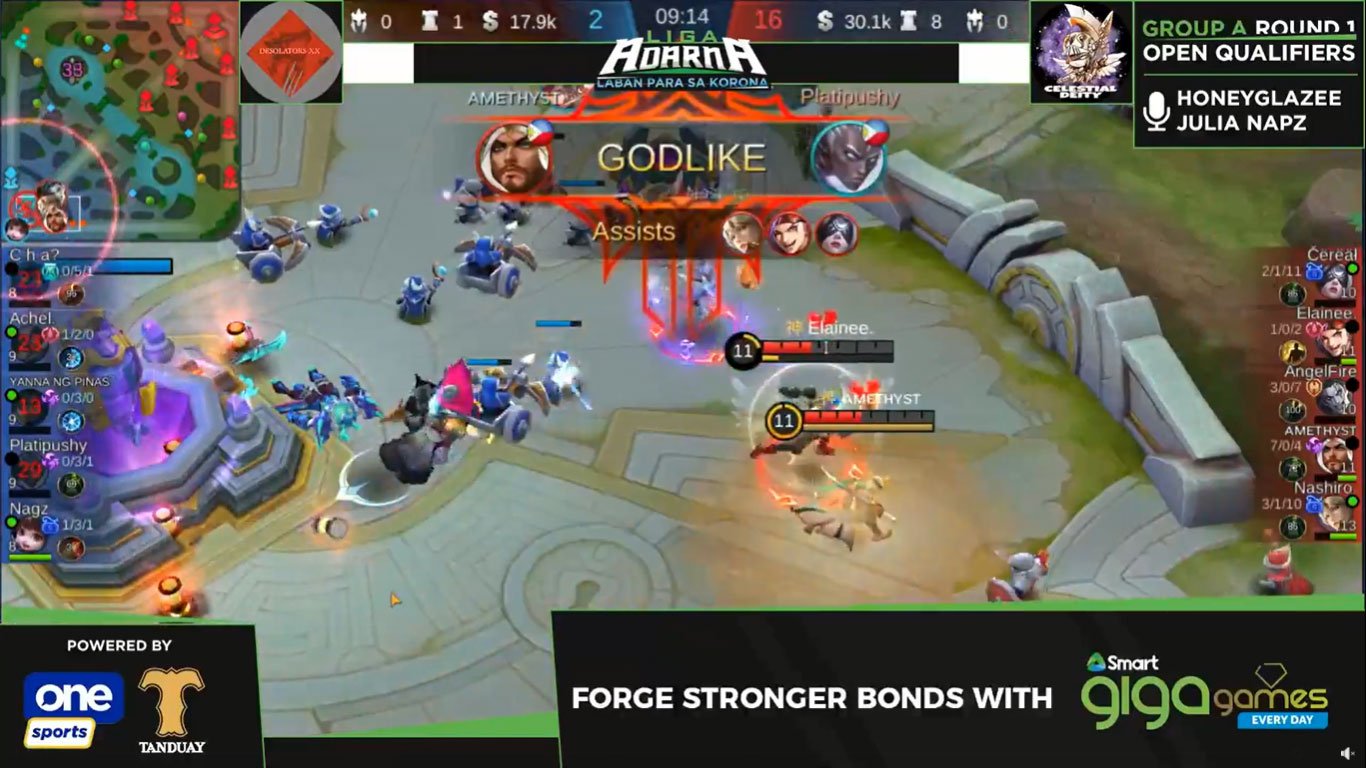 Celestial Deity put up a dominant performance in Group A, while Sic Huntress lorded over Group B to advance to the elimination round of the Liga Adarna Mobile Legends: Bang Bang Open Qualifiers.

In their opening game, Celestial Deity made quick work of Desolators XX to kick-start their monster campaign in the all-women tournament.

Approaching the nine-minute mark of the match, Celestial Deity was already able to establish full control of the map by taking down all of Desolator’s six outer turrets. They also had a 12-2 lead in kills, while amassing 26,000 thousand in the gold department compared to DSXX’s 17,500.

A four-woman wipe in the 9:25-mark completely sealed the deal for Celestial Deity.

Amethyst (Khaleed) spearheaded CD with seven kills and four assists with no deaths. Nashiro (Kimmy) chipped in three kills and 10 assists, while Elainee (X.borg) had a kill and two assists. The supporting cast of Cereal (Pharsa) and AngelFire (Khufra) combined for 18 assists and five kills in the win.

Desolators XX, who only tallied two kills in the match, was led by Nagz with a kill, an assist, and three deaths.