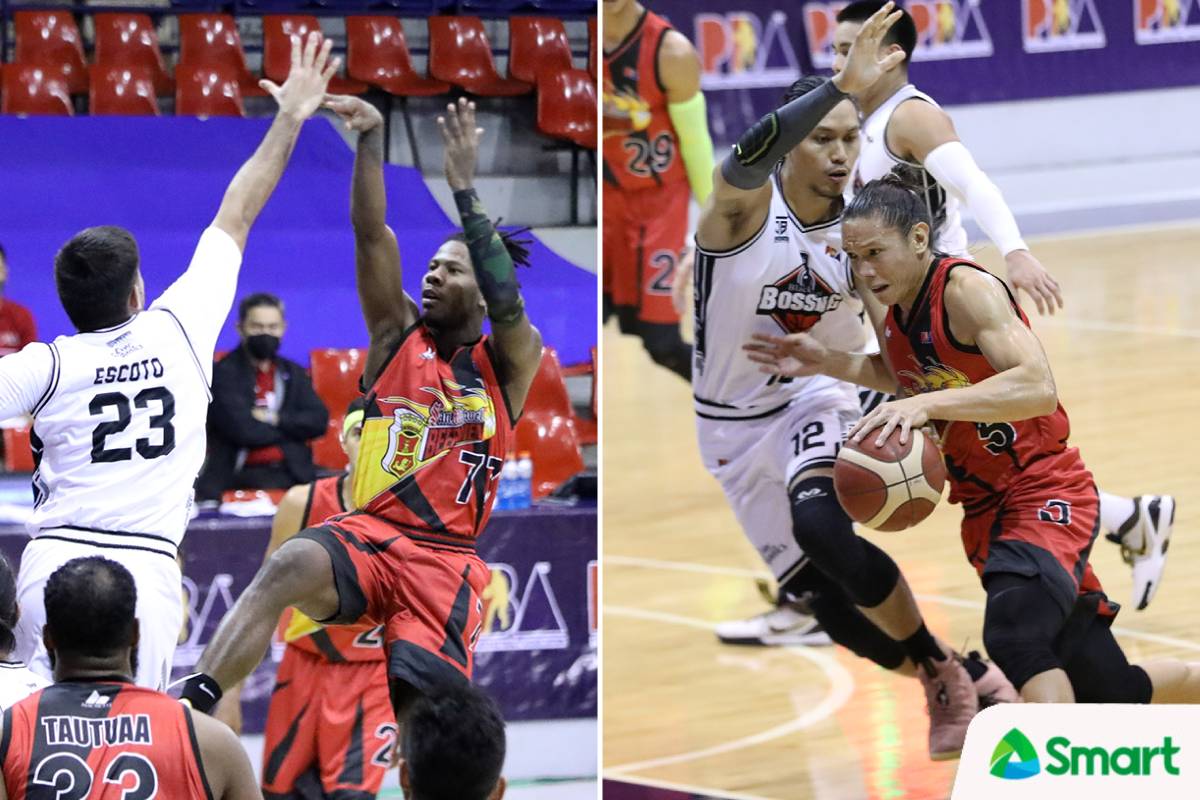 Alex Cabagnot showed yet again why he remains one of the PBA’s top floor generals when San Miguel battled Blackwater, Wednesday.

As the Bossing roared in the second period to make it a tough affair, the 38-year-old helped the Beermen settle come the following frame. He allowed them to re-discover their mojo that soon overwhelmed their foes.

Cabagnot scored and assisted in SMB’s 19-4 blitz to open the quarter en route to a wide 58-42 advantage with under four minutes to go. He scored nine on 4-of-4 shooting with two assists and a steal in the quarter alone.

The Beermen won, 99-80, for their third successive win in the 2021 Philippine Cup since dropping their opening day match versus Meralco.

“We’re just tryin’a create some momentum for our next games coming up kasi mabilis lang ang conference. Every game is dikit-dikit so kailangan namin ‘yung momentum,” said Cabagnot after the match at Ynares Sports Arena.

The 16-year veteran finished with 12 points, marking the third straight time that he scored in double figures.

He had 17 markers in their breakthrough win versus NLEX, then produced 16 against Robert Bolick and NorthPort two days later.

Still, Cabagnot didn’t take all the credit to himself. He tipped his hat as well to the other Beermen, particularly CJ Perez.

The young star had 14 points and five rebounds versus Blackwater. He has been San Miguel’s leading scorer so far this conference with 17.5 points, an indication that the storied franchise’s future is bright with him in tow.

“CJ is a great player. I think I’m standing in the starting position as of right now, but it’s gonna be CJ’s pretty soon,” said Cabagnot.

“And I’m just here to support as much as possible, and help the team win.”