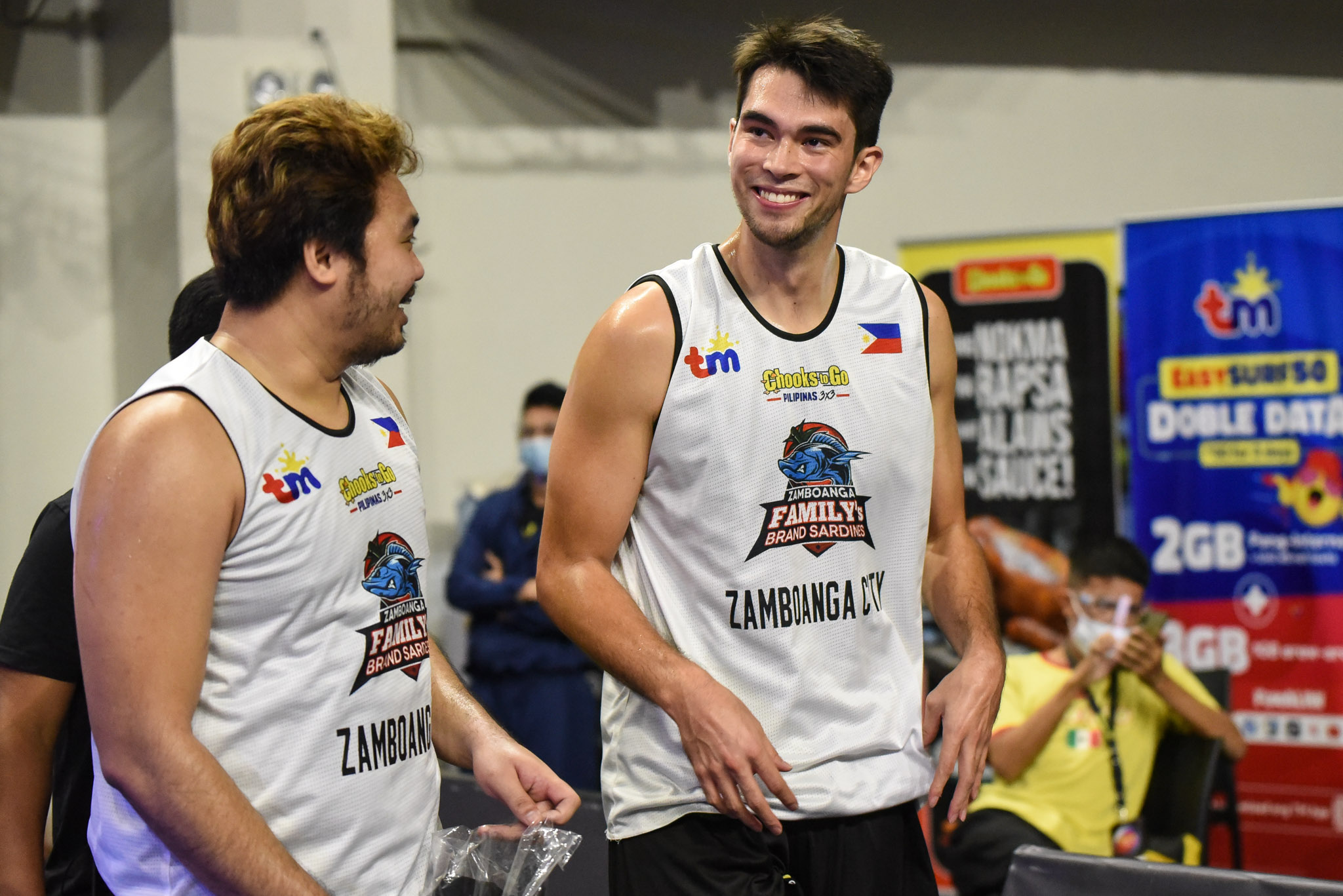 CALAMBA, LAGUNA – While Family’s Brand Sardines-Zamboanga City Chooks and Uling Roasters-Butuan City are still the favorites in the 2020 Chooks-to-Go Pilipinas 3×3 President’s Cup powered by TM, nothing is going to be guaranteed in the Grand Finals

The good news for Zamboanga City and Butuan City, as well as Nueva Ecija Rice Vanguards and Pasig-Sta. Lucia Realtors, is that they are already through to the quarterfinals of the ultimate winner-take-all tournament that culminates with the Million-Peso Game, Friday inside the INSPIRE Sports Academy here.

However, that doesn’t mean there are fewer obstacles before them as the eight other teams will still go all-out in the Grand Finals beginning at 11:00 a.m. and streaming on Chooks-to-Go Pilipinas Facebook and FIBA 3×3 YouTube and airing on BEAM TV Ch. 31.

“We expect that any team can go all the way. We don’t underestimate any team,” said Uling Roasters’ top gun Franky Johnson about the level playing field in the pioneering professional 3×3 league energized by hydration partner Gatorade.

“We respect all these teams and what can they do.”

Butuan City seized the second-seed after accumulating 330 points in the first four legs while the top-seed went to Family’s Brand Sardines with 345 points. Nueva Ecija (240 points) and Pasig (215 points) are the third- and fourth-seeds, respectively.

They await the winners in the four knockout bouts with Big Boss Cement-Porac MSC Green Gorillas (8) and Zamboanga Peninsula Valientes MLV (9) kicking off the last leg.

That will then be followed by matchups between Palayan City Capitals (5) and MLV Pagadian Rocky Sports (12), Sarangani Marlins (6) and Petra Cement-Roxas ZN Rockies (11), and Bacolod-Master Sardines (7) and Bicol Paxful 3×3 Pro (10).

The quarterfinals, semifinals, and Finals will still be elimination matches with the best of the best taking home the title of top 3×3 team in the Philippines.

All eyes will be on Zamboanga City if they can win it all after topping three of the first four legs as well as the preseason of the FIBA 3×3-endorsed tournament which is supervised by the Games and Amusements Board and sanctioned by the Samahang Basketbol ng Pilipinas.

“We’re going for the championship. We have all the talent, all the tools, all the experience to do it,” said two-time league champion Troy Rike, speaking for teammates Joshua Munzon, Alvin Pasaol, and Santi Santillan.

“It’s not gonna be easy. Other teams are gonna go for it too, but for us, we’re gunning for that championship.”

More than the one million cash prize – which will add to their total haul thus far of P350,000 – Zamboanga City is eyeing even more experience as they continue preparing for the 2021 FIBA 3×3 Olympic Qualifying Tournament.

Also already with a headstart in gunning for that championship is Butuan City, the only other team to win a leg; Nueva Ecija, hopeful about the return from injury of Juan Gomez de Liano; and Pasig, the breakout team of the ‘CalamBubble.’

Meanwhile, the ultimate TM Slam Dunk Competition may be the final flight of ‘Air’ David Carlos as he competes with Darwin Cantong and Jesus Manay for P20,000 while the ultimate TM Two-Point Shootout will yet again pit the deadliest gunslingers against each other with P10,000 at stake.