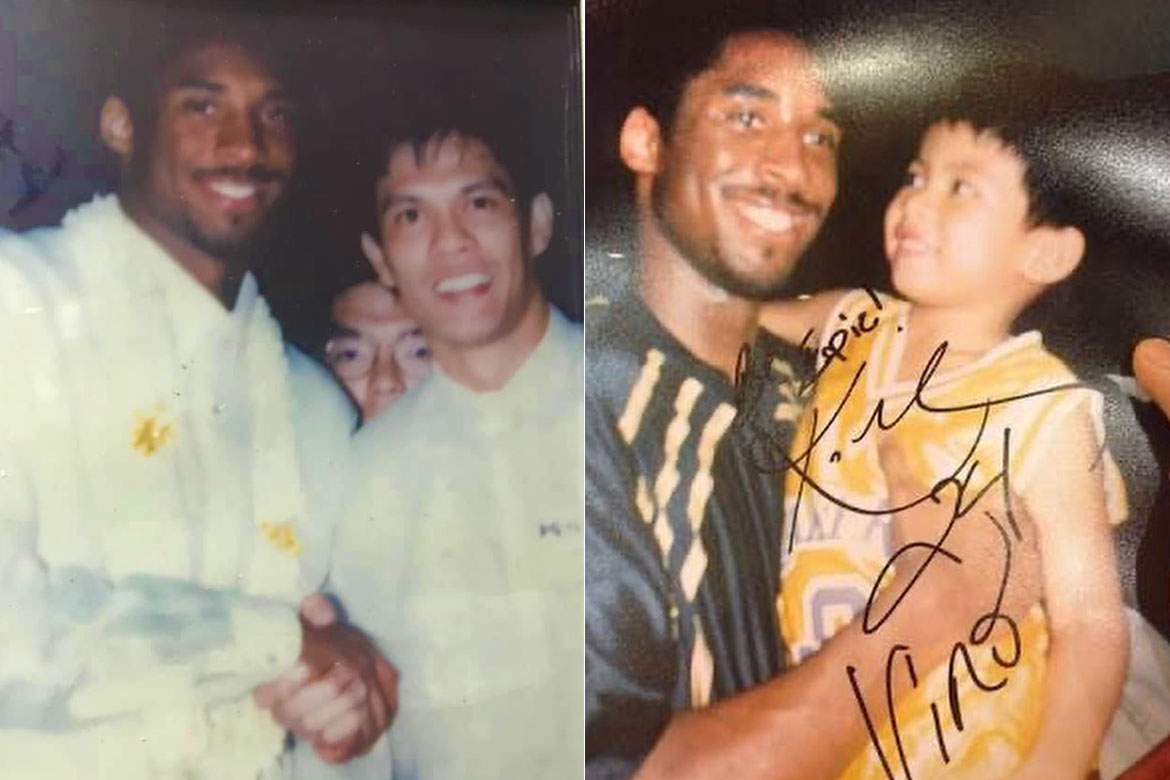 Bong Ravena was there during Kobe Bryant’s first-ever visit to the Philippines in 1998.

Bryant, then 19 years young and coming off his sophomore season in the NBA, was an Adidas ambassador that time, so he was the face of the three-striped brand’s Streetball 3-on-3 event.

The contest took place at the SM Megamall in Mandaluyong. Ravena, who was then playing with Pasig in the MBA, was part of the event and got the chance to play alongside the Los Angeles Lakers star.

“So fortunate na I get to play with him. It’s one memorable thing that happened to me.”

The Ravena patriarch also brought along Kiefer — who “was around four or five years old” at that time — in that event, and that led to a photo of the young Ravena being carried by Bryant.

Not you Man. The world lost a great one. You inspired so many kids to appreciate and love the game in ways you couldn’t imagine. You gave me inspiration on how to believe in the work you put in. Not to stop and always try to find an edge. You were a real one, Mamba. ????? #LegendsLiveForever #MambaOut #mambacita REST IN POWER. ?2️⃣4️⃣

That’s when Kiefer started to admire the icon, eventually looking up to him as his hero, the former PBA cager said.

“Kasi Kiefer was around four or five years old nung na-carry siya ni Kobe and we had that picture,” Bong shared.

It was then unsurprising when the younger Ravena announced via Instagram on Wednesday night that he would be wearing jersey number 24 in the next PBA season to honor Bryant.