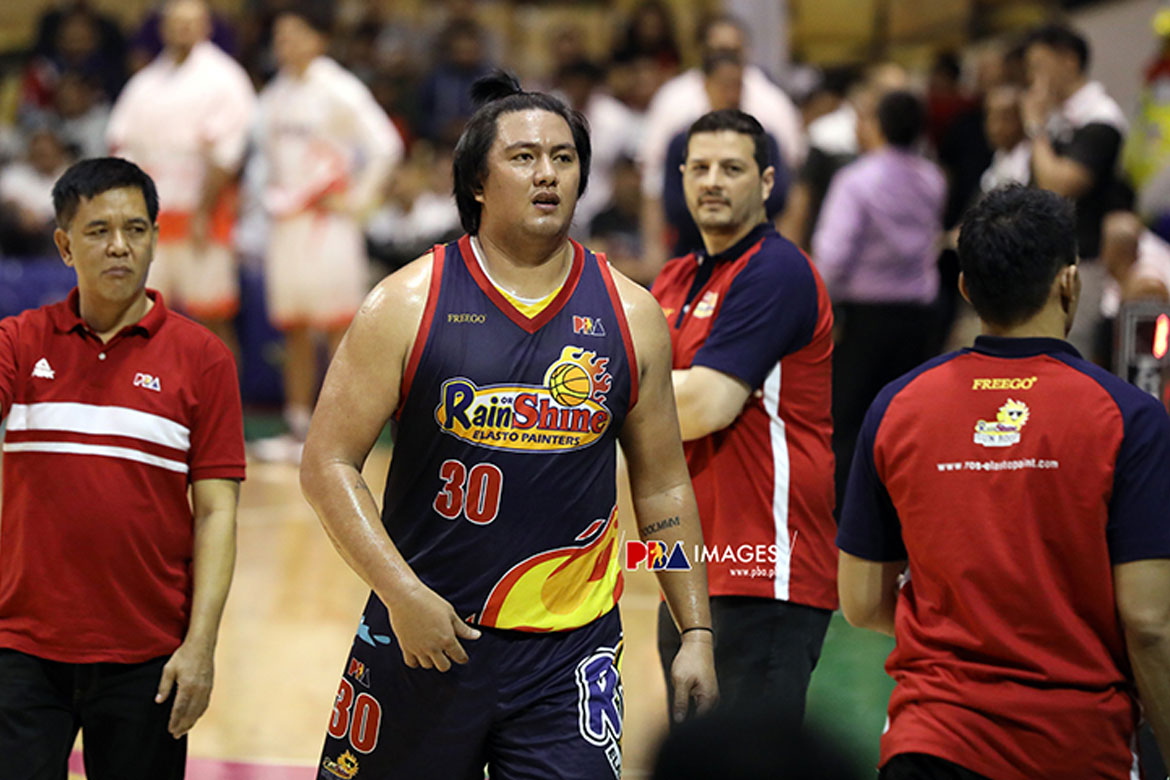 The PBA has slapped Beau Belga with a PHP 20,000 fine following his hit on Jason Perkins during Rain or Shine’s Governors’ Cup meeting with Phoenix Pulse last Wednesday.

Belga elbowed Perkins in the 10:48-mark of the second quarter while the latter tried set a back screen for Eugene Phelps. He was called for a flagrant foul penalty two, booting him out of the match.

The hefty 6-foot-6 slotman’s absence proved to be a big blow, as the Elasto Painters bowed, 84-86.

Belga admitted he’d acted intentionally to try send a message to the sophomore forward out of De La Salle, but he did not expect to be assessed with an F2.

This is the second time just this week that the league has fined a player.

Last Wednesday, Terrence Romeo also earned a P20K fine for his headbutt on Philip Paniamogan during San Miguel’s clash versus NLEX that was held in Dubai, UAE.