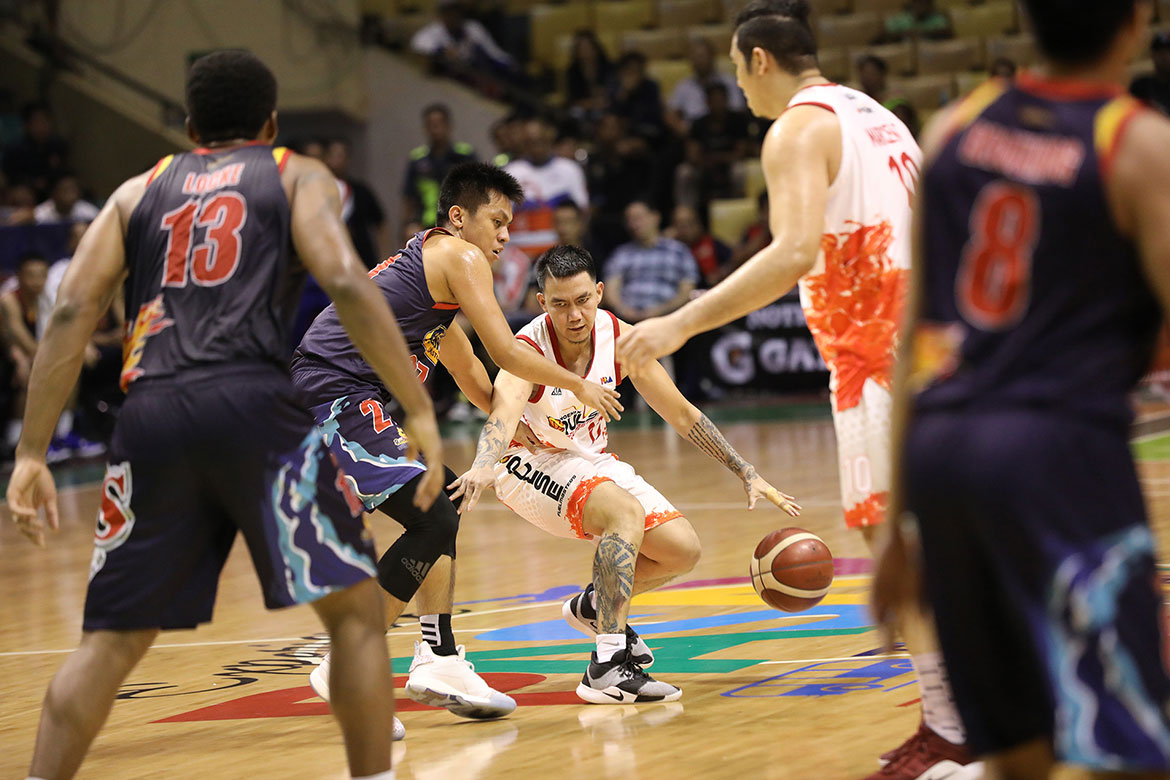 RR Garcia sank the game-winning bucket to lift the Phoenix Pulse Fuel Masters past the Rain or Shine Elasto Painters, 86-84, in the 2019 PBA Governors’ Cup, Wednesday night at the Cuneta Astrodome in Pasay.

The sixth-year guard was near the rim to catch Eugene Phelps’ drop pass. He then kissed it off the glass right away to beat the buzzer to help the Fuel Masters snap their two-game losing skid.

That, after he missed both of his shots from the charity stripe with 17.2 seconds remaining, which could have widened Phoenix Pulse’s narrow 84-82 advantage had he canned them.

Garcia finished with 14 points, three assists, two rebounds, and a block in the conquest of the Elasto Painters, whom he actually tried out for prior to the start of the meet but was unsigned.

Phelps led the Fuel Masters with 19 points, 20 rebounds, and seven assists in the win that hiked their card to 2-2.

RJ Jazul chimed in 15 markers for Phoenix, who missed the services of Matthew Wright due to a foot injury.

The Elasto Painters absorbed their third straight loss, and have now fallen to 1-4 in the team standings.

READ  UP finally gets one over FEU

The Elasto Painters suffered a tough blow early after veteran big man Beau Belga got ejected with 10:48 left in the second period following an elbow to Phoenix counterpart Jason Perkins.

Phoenix Pulse next battle the NorthPort Batang Pier (1-4) on Saturday, October 12. Meanwhile, Rain or Shine will face Alaska (0-5) on Sunday, October 13. Both games will be at the SMART Araneta Coliseum.