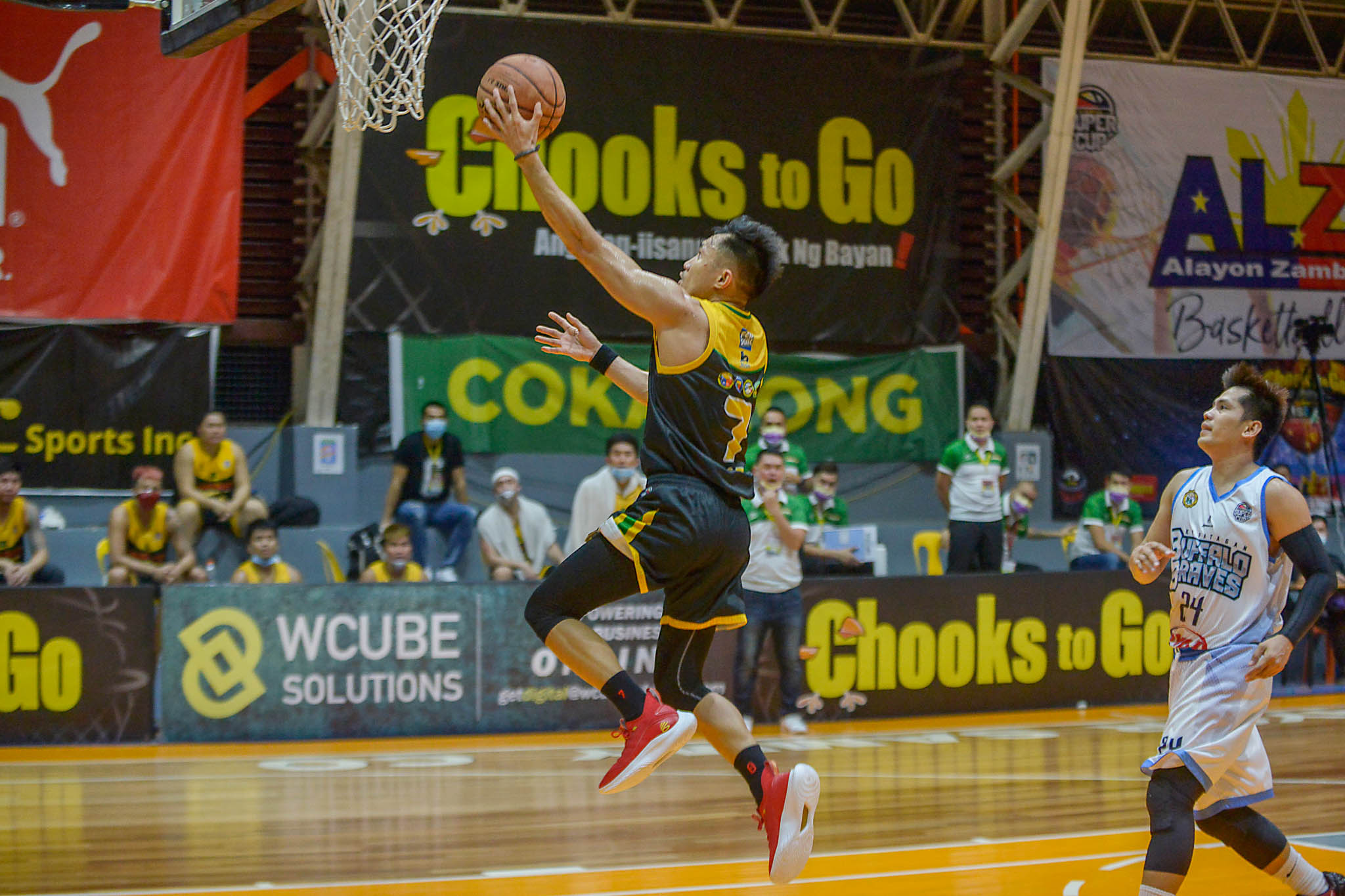 A day after MisOr broke the record for most points in the short history of VisMin with 111, Basilan was not to be outdone, resetting the landmark to 118.

The final scoreline was also the second-most lopsided game in league history at 34, just behind MJAS Zenith Talisay’s 38-point win over Tubigon in the Visayas Leg, 104-66.

Already ahead by 13 going into the second half, the Peace Riders unleashed a game-defining 19-2 rally to start the first four minutes of the third quarter, opening up an insurmountable 30-point spread, 60-30.

Hesed Gabo spearheaded that huge blast by Basilan, scoring 14 points in that run alone, going 5-of-5 from the field and 3-of-3 from the charity stripe.

Besides going to 3-0, the Peace Riders set the league’s record in most points in a quarter with 41 during the third canto, surpassing KCS Mandaue and MisOr’s 35 point landmark.

The victory gave Basilan a piece of the leadership, tied with Clarin at the top behind 3-0 win-loss cards.

Balanced was the Peace Riders’ offense, with seven players in double digits led by Gabo’s 22 points.

Anthony Bringas showed his mastery of the mid-range with 14 points and seven rebounds, while Jong Baloria chipped in 13.

The Peace Riders shot the lights out, converting half of their attempts, going 48-of-95, good for 50.5 percent.

Renz Palma paced the Buffalo Braves with 14 points. However, he scored all of those when the game was already beyond reach.

Marlon Monte, who had 29 big points yesterday, was held to 11 points, four rebounds, and four assists.

After winning their opening match against Iligan, the Braves dropped their next four outings, falling to 1-4 at seventh place.

Kapatagan’s next game would be against the powerhouse Sto. Niño on Wednesday, 4 pm. Basilan battles Pagadian on Thursday at 4 pm.